137,52
-4,96 (-3,48%)
Upgrade auf Real-Time
Nach Stunden (Geschlossen)
137,52
Apple (AAPL) is Likely to Debut a Reality Headset in Early 2023
09 August 2022 - 12:52PM
TipRanks
Consumer electronics giant Apple Inc. (NASDAQ: AAPL) is expected to bring its first mixed-reality headset to the market in January 2023, according to a tweet by TF International Securities analyst, Ming-Chi Kuo. What Can Consumers Expect from Apple’s VR Headset? Apple’s mixed reality headset is expected to offer an immersive experience with consumers having the option to switch seamlessly between Augmented Reality and Virtual Reality modes. Notably, the new headsets will be powered by a 96W power adapter. Moreover, Kuo believes the headsets will be provided with two processors manufactured by TSMC (TSM), including a 5nm chip and a 4nm chip, and will be priced between $2,000 and $2,500.
https://www.tipranks.com/news/apple-aapl-is-likely-to-debut-a-reality-headset-in-early-2023?utm_source=advfn.com&utm_medium=referral 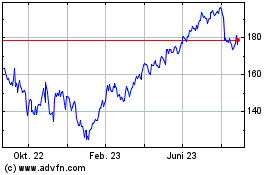 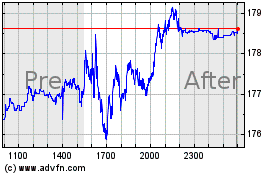