Securities registered pursuant to 12(b) of the Securities Exchange Act of 1934:

In connection with Mr. Voliva’s separation, the Corporation, HollyFrontier Corporation, HLS, HollyFrontier Payroll Services, Inc., and HEP, on behalf of themselves and their respective parents, subsidiaries and affiliates, and Mr. Voliva entered into a Mutual Separation Agreement and Release dated September 15, 2022 (the “Agreement”). The Agreement sets forth the terms of his separation compensation approved by the Corporation’s Compensation Committee (the “Compensation Committee”) of the Board of Directors (the “Board”) and includes the following compensation to be paid to Mr. Voliva: (i) a separation payment equal to one year of his 2022 salary of $715,000 to be paid in twelve monthly installments, (ii) a one-time cash payment of $100,000 payable within 30 days following the date of execution of the Agreement, (iii) as a result of his employment with the Corporation during substantially all of the 2022 performance period ending on September 30, 2022, a 2022 annual incentive cash compensation program cash bonus payment of $965,250, which is 150% of his target bonus of 90% of annual base salary earnings and at or near the expected actual payout based on current data, and (iv) pro rata vesting of Mr. Voliva’s outstanding equity awards, resulting in the vesting of 23,953 restricted stock units granted to him in November 2019, November 2020 and November 2021 and 48,971 performance share units granted to him in November 2019, November 2020 and November 2021 as of the Separation Date. The pro rata vesting of Mr. Voliva’s outstanding equity awards described above was also approved by the Compensation Committee.

In addition, as a result of Mr. Voliva’s prior position with HLS, the terms of the Agreement include, and Mr. Voliva will also receive from HLS: (i) a 2022 annual incentive cash bonus from HLS of $600,000, which is 150% of his HLS target bonus of $400,000 and at or near the expected actual payout for the 2022 performance period based on current data, and (ii) pro rata vesting of his outstanding HEP equity awards, resulting in the vesting of 14,956 HEP phantom units granted to him in October 2020 as of his Separation Date. For additional information regarding Mr. Voliva’s separation compensation from HLS, see HEP’s Current Report on Form 8-K filed September 15, 2022.

The foregoing severance and bonus payments are subject to Mr. Voliva not later revoking the Agreement, which contains non-solicitation, non-compete, non-disparagement and confidentiality covenants from Mr. Voliva. In connection with his separation, Mr. Voliva’s change in control agreement with the Corporation terminated on his Separation Date.

The information contained in, or incorporated into, this Item 7.01 is being furnished and shall not be deemed “filed” for the purposes of Section 18 of the Securities Exchange Act of 1934, as amended, or otherwise subject to the liabilities of that section, nor shall it be deemed incorporated by reference into any registration statement or other filing under the Securities Act of 1933, as amended, except as shall be expressly set forth by specific reference to such filing. 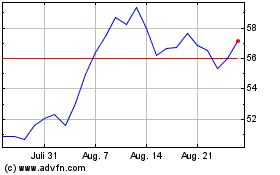 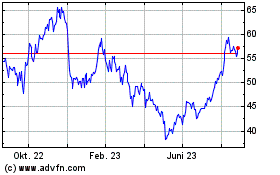 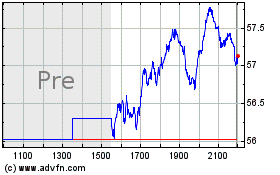