New Monthly Series, Arena, Invites Rivals to Hash Out Their Issues While Participating in a Series of Chaotic Challenges - Hosted by WWE Superstar Xavier Woods and G4 Host Gina Darling

G4 and WWE®, announce today they are teaming up for the release of new content series, in partnership with Xfinity, titled, “Arena,” a monthly show where the world of streamers, celebrities, pro-athletes and WWE Superstars will collide and enter the G4 Arena to hash out their personal/professional issues with a gauntlet of chaotic, and hilarious, challenges.

From the content studio that is home to Legacy shows like “Attack of the Show!,” “XPlay” and “Name Your Price” – G4 is no stranger to delivering fans content that resonates. Hosted by WWE Superstar Xavier Woods (AKA Austin Creed) and G4 Host Gina Darling, the series will feature major internet personalities including popular Twitch streamers QTCinderella and Myth who are stepping in to the Arena to air out their personal grievances for episode 1.

“WWE® is known for delivering quality entertainment to its loyal fan base and we are so excited to partner with them to bring this content to life and spotlight a mix of awesome talent," said G4 President Russell Arons. “The G4 network creates a fusion between the worlds of gaming and popular culture. With Arena, we're making a comical collision for fans of WWE, streamers, and celebrities with a monthly series on TV, YouTube and Twitch where rivalries will be resolved once and for all.”

“All of our work on UpUpDownDown over the past seven years has brought us to this moment where we will see the wrestling and gaming universes collide,” said Xavier Woods, host of Arena. I’m psyched to partner with G4 and look forward to surprising our UpUpDownDown fans with some new faces in gaming each month.”

Fans won’t want to miss the premiere on Wednesday, June 29, 2022, at 7 p.m. ET/4 p.m. PT on G4’s Twitch Channel and WWE’s UpUpDownDown YouTube Channel. New episodes of Arena will air every month and feature two new guests to settle their qualms once and for all, with the help of WWE Superstars like Becky Lynch, Seth Rollins and more. During the first challenge of each episode, the Unbeatable Advantage presented by Xfinity will be awarded to the winning contestant and provide them with the precious gift of time for the final challenge.

“Just as Xfinity provides our customers Unbeatable Internet with supersonic Wi-Fi speeds and powerful connections, we are also excited to give contestants an unbeatable advantage during episodes of the Arena,” said Matt Lederer, Vice President of Branded Partnerships for Xfinity. “We are looking forward to seeing how contestants utilize the time bonus in their competitions throughout the Arena Series.”

G4 is the content studio and network that unites creators and fandoms to celebrate comedy, gaming and popular culture. Authentic to its legendary roots, G4 returns later this year with classic shows and brand-new original content driven by a passion to entertain, unite and inspire gaming’s enthusiastic and diverse communities. Based in Los Angeles and available everywhere gamers congregate, G4 is committed to bringing the industry together through content, commerce, and experiences that set a new standard for gaming innovation, inclusion, and accessibility. Reinvented by Comcast Spectator’s Gaming division, owner and operator of a growing portfolio of gaming and esports assets including Overwatch League’s Philadelphia Fusion and T1 Entertainment & Sports, G4 is also connected to and inspired by the technology and creativity of Comcast NBCUniversal. Please visit us at http://www.g4tv.com, find us on Twitch, YouTube, TikTok, Twitter, Instagram, Facebook, Discord, Reddit, G4’s linear distribution channels (Xfinity, Cox, Fios, YouTube TV, Philo, and Vidgo), and G4 Select (Pluto TV, VIZIO).

WWE, a publicly traded company (NYSE: WWE), is an integrated media organization and recognized leader in global entertainment. The Company consists of a portfolio of businesses that create and deliver original content 52 weeks a year to a global audience. WWE is committed to family-friendly entertainment on its television programming, premium live events, digital media, and publishing platforms. WWE’s TV-PG programming can be seen in more than 1 billion homes worldwide in 30 languages through world-class distribution partners including NBCUniversal, FOX Sports, BT Sport, Sony India, and Rogers. The award-winning WWE Network includes all premium live events, scheduled programming and a massive video-on-demand library and is currently available in more than 180 countries. In the United States, NBCUniversal’s streaming service, Peacock, is the exclusive home to WWE Network.

Additional information on WWE can be found at wwe.com and corporate.wwe.com. 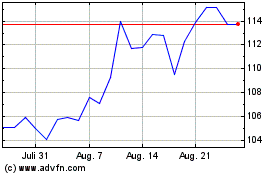 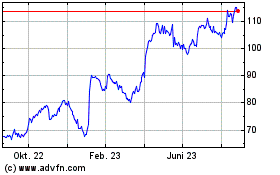 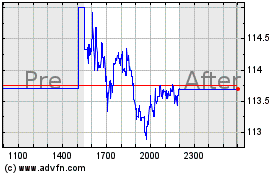