Jennerstown secured the most votes out of six NAAPWS tracks participating in the final round of voting. Opened in the late 1920s as a dirt oval, the speedway was paved in 1987. Officially measuring as a .522-mile track, Jennerstown hosts NAAPWS racing and other racing series from April to October on an annual basis. Jennerstown will be able to use their grand prize for capital facility enhancements and efforts to support the local community.

“Jennerstown is a true gem of the grassroots racing scene in Pennsylvania, and we’re proud to celebrate their team and community as winners of the Advance My Track Challenge,” said Jason McDonell, Advance’s executive vice president of merchandising, marketing and eCommerce. “Fans have supported racing at Jennerstown for generations and winning this challenge is a great example of their passion and dedication for their local track. We’ve enjoyed seeing how Advance My Track has been embraced by the racing community and we look forward to advancing grassroots racing in the years to come.”

Jennerstown will also host an Advance Auto Parts-themed night for race fans during an upcoming weekend of racing in 2022. As part of the Advance My Track Challenge, Advance awarded $15,000 to the track finishing with the second-most votes, Alaska Raceway Park in Palmer, Alaska. The track finishing in third, Adams County Speedway in Corning, Iowa, received $10,000.

“It’s great to see a historic track such as Jennerstown win the Advance My Track Challenge in their return to the NASCAR Advance Auto Parts Weekly Series family,” said NASCAR Senior Vice President of Racing Development & Strategy Ben Kennedy. “We know Jennerstown will use this award to continue to elevate the track and grassroots racing within the community, and we appreciate Advance’s continued dedication to supporting these facilities. Additionally, we’re looking forward to Alaska Raceway Park and Adams County Speedway taking advantage of their opportunity to build upon their strong foundation in their regions.”

The Advance My Track Challenge began April 5, with 21 NAAPWS tracks across the United States and Canada represented in the program’s first round of voting. Fans voted up to three times daily in the first round, which concluded May 6. The six tracks receiving the most fan votes took part in the final round of voting, from May 9-13. More than 130,000 total votes were tallied during this year’s challenge.

Advance promoted the program through its partnership with the Team Penske organization and its driver Ryan Blaney, a 7-time NASCAR Cup Series race winner. He raced the No. 12 Advance Auto Parts Ford Mustang with Advance My Track Challenge branding at the April 9 Martinsville Speedway race and on May 9 at Darlington Raceway.

“First off, I’m excited for the team at Jennerstown,” said Blaney. “It’s a track that has meant a lot to my family. My grandfather raced there for many years, so it’s neat to see them win the Advance My Track Challenge. This is such an outstanding program, and I think it’s great what Advance is doing to support local race tracks. These tracks are all so important to their communities, and for local race fans, there’s no better value than visiting your local NASCAR track on a Saturday.”

Learn more about the drivers, teams and NASCAR’s local tracks that make up the NASCAR Advance Auto Parts Weekly Series by visiting the series page on NASCAR.com.

Advance Auto Parts, Inc. is a leading automotive aftermarket parts provider that serves both professional installer and do-it-yourself customers. As of January 1, 2022, Advance operated 4,706 stores and 266 Worldpac branches primarily within the United States, with additional locations in Canada, Puerto Rico and the U.S. Virgin Islands. The company also served 1,317 independently owned Carquest branded stores across these locations in addition to Mexico and various Caribbean islands. Additional information about Advance, including employment opportunities, customer services, and online shopping for parts, accessories and other offerings can be found at www.AdvanceAutoParts.com. 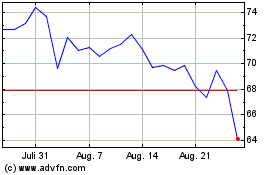 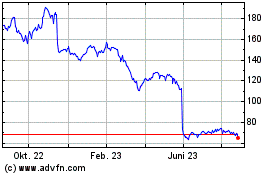 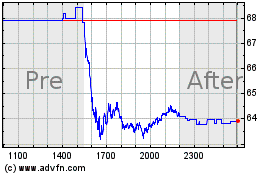