PyroGenesis Canada Inc. (http://pyrogenesis.com) (TSX: PYR) (NASDAQ: PYR) (FRA: 8PY), a high-tech company (hereinafter referred to as the “Company” or “PyroGenesis”), that designs, develops, manufactures and commercializes advanced plasma processes and sustainable solutions to reduce greenhouse gases (GHG), and address environmental pollutants, is pleased to announce that, further to its press release dated December 8th, 2021 wherein it was announced that the Company had filed a patent for a new Zero Carbon Emission (“ZCE”) hydrogen production process, it has successfully produced hydrogen from methane using this revolutionary ZCE hydrogen production technology. Methane is a greenhouse gas (“GHG”) with a high global warming potential which is approximately 25 times worse than carbon dioxide (CO2) in terms of its greenhouse effect1. PyroGenesis’ plasma-based hydrogen production process converts this methane into a valuable solid carbon and hydrogen, thereby creating a ZCE hydrogen. The solid carbon is a byproduct that has many industrial applications, including the production of car tires, coatings, plastics, and batteries, and is considered an essential raw material. The hydrogen generated by any methane process that is driven by heat produced with electricity, rather than combustion of fossil fuels, is typically referred to as “Turquoise Hydrogen”.

“This is a tremendous achievement for PyroGenesis, and another testament to our 25+ years of expertise in plasma-based processes,” said Mr. Pierre Carabin, CTO and Chief Strategist of PyroGenesis. “The conventional ZCE process, water electrolysis, is extremely expensive, requires a lot of energy and uses rare earth materials. As such, our announcement today is of great significance to the industry as a whole, as it is a significant step towards economically producing an environmentally friendly hydrogen. The demand for hydrogen reached an estimated 87 million metric tons (MT) in 2020 and is expected to grow to 500–680 million MT by 2050.2 Hydrogen supply is now a major business worldwide and we are on our way to positioning PyroGenesis to play an important role in the movement towards a sustainable and net-zero world. The next step is to convert this bench test into a pilot unit which would demonstrate the reliability, efficiency, and consistency of the hydrogen and solid carbon produced.”

Today, industry is the primary user of hydrogen, and is dominated by chemical, oil refining, ammonia production, methanol production and steel production (e.g. direct reduction iron). Today, about 10 million tons of hydrogen are already used in Europe, mainly as raw material for ammonia production and in the refining industry. However, about 95% of the hydrogen produced today, called “Gray Hydrogen”, is produced by the conventional method called "steam methane reforming", which generates high CO2 emissions, and as such has a negative impact on the climate. Regretfully, almost 10 kg of carbon dioxide is released into the atmosphere for every 1 kg of Gray Hydrogen produced.3

“Water Electrolysis has been around for many years and is considered to be a ZCE technology as well,” said P. Peter Pascali, CEO and Chair of PyroGenesis. “The hydrogen generated from this process is generally referred to as “Green Hydrogen”, however it is recognized to (i) be expensive, (ii) require a lot of energy for its production, and (iii) uses rare earth materials. PyroGenesis’ new technology is geared to combine the best of both worlds; it is expected to be cheaper than most existing hydrogen processes while at the same time producing ZCE hydrogen.”

Given today’s results, PyroGenesis’ plasma-based hydrogen production could become a solution/ alternative to the carbon-intensive hydrogen production technologies currently being used. If so, it could be instrumental in economically enabling the chemical industry to decarbonize production of chemicals such as ammonia or methanol. PyroGenesis’ process is expected to be cheaper than most existing hydrogen processes while being one of the most energy efficient technologies for producing ZCE hydrogen. For clarity, the Company does not expect that this new process would compete with PyroGenesis’ plasma torches, which are intended as a replacement for polluting fossil fuel burners in industrial furnaces across heavy industry. Rather, the Company believes that this new hydrogen producing technology using plasma complements our plasma torch offerings by providing an affordable ZCE option for hydrogen required elsewhere in the manufacturing sector.

PyroGenesis Canada Inc., a high-tech company, is a leader in the design, development, manufacture and commercialization of advanced plasma processes and sustainable solutions which reduce greenhouse gases (GHG) and are economically attractive alternatives to conventional “dirty” processes. PyroGenesis has created proprietary, patented and advanced plasma technologies that are being vetted and adopted by multiple multibillion dollar industry leaders in four massive markets: iron ore pelletization, aluminum, waste management, and additive manufacturing. With a team of experienced engineers, scientists and technicians working out of its Montreal office, and its 3,800 m2 and 2,940 m2 manufacturing facilities, PyroGenesis maintains its competitive advantage by remaining at the forefront of technology development and commercialization. The operations are ISO 9001:2015 and AS9100D certified, having been ISO certified since 1997. For more information, please visit: www.pyrogenesis.com.

This press release contains certain forward-looking statements, including, without limitation, statements containing the words "may", "plan", "will", "estimate", "continue", "anticipate", "intend", "expect", "in the process" and other similar expressions which constitute "forward- looking information" within the meaning of applicable securities laws. Forward-looking statements reflect the Company's current expectation and assumptions and are subject to a number of risks and uncertainties that could cause actual results to differ materially from those anticipated. These forward-looking statements involve risks and uncertainties including, but not limited to, our expectations regarding the acceptance of our products by the market, our strategy to develop new products and enhance the capabilities of existing products, our strategy with respect to research and development, the impact of competitive products and pricing, new product development, and uncertainties related to the regulatory approval process. Such statements reflect the current views of the Company with respect to future events and are subject to certain risks and uncertainties and other risks detailed from time-to-time in the Company's ongoing filings with the securities regulatory authorities, which filings can be found at www.sedar.com, or at www.sec.gov. Actual results, events, and performance may differ materially. Readers are cautioned not to place undue reliance on these forward-looking statements. The Company undertakes no obligation to publicly update or revise any forward- looking statements either as a result of new information, future events or otherwise, except as required by applicable securities laws. Neither the Toronto Stock Exchange, its Regulation Services Provider (as that term is defined in the policies of the Toronto Stock Exchange) nor the NASDAQ Stock Market, LLC accepts responsibility for the adequacy or accuracy of this press release. 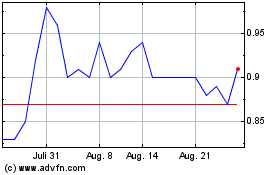 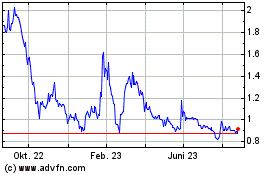 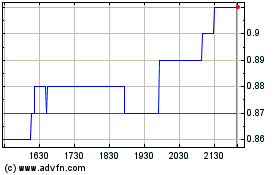