ComEd, in partnership with the U.S. Department of Energy’s (DOE) Argonne National Laboratory’s Center for Climate Resilience and Decision Science, today released the first phase of a comprehensive Climate Risk and Adaptation Study as part of ComEd’s long-term effort to understand the impacts of climate change to its power grid and operations and begin to devise strategies to adapt in northern Illinois. The study is the first of its kind in the region.

“Severe and destructive weather caused by climate change is already impacting our area, and this study gives us a preview of what’s to come – including warmer, more humid conditions that will pose new challenges to the power grid,” said ComEd CEO Gil Quiniones. “Our customers today enjoy record-setting reliability at one of the lowest rates in America; using this localized climate data, we can plan the grid investments necessary to ensure we continue to deliver reliable, resilient energy to our customers, even as the grid must handle more severe weather and increased demand due to decarbonization.”

Electric delivery companies like ComEd need to manage the combined effects of climate-driven weather; changing grid uses through the electrification of transportation, buildings, and industry loads; and the growth of intermittent renewable and distributed generation. In collaboration with another ComEd-commissioned study on pathways to decarbonization in Illinois, Argonne has taken the first step toward a combined analysis of climate change mitigation and adaptation.

Specifically, Argonne’s analysis shows that projected mid-century climate conditions for ComEd’s northern Illinois service territory are likely to be substantially warmer during all seasons and more humid than historical conditions. In particular, the area will experience more intense and prolonged heatwaves in summer months, which will be amplified by higher humidity. Measures of seasonal energy demand point to growth in demand for cooling, or air conditioner use, particularly during summer, late spring and early fall. In planning for future demand and resilience, the study also highlights the importance of accounting for the combined effects of climate change and electrification. Electric vehicles can add new load to summer peaks and electric heat pumps can shift peak electrical use into the winter.

The study identifies risks to ComEd infrastructure and operations that result from changing climate conditions, including but not limited to; increased heat that will exceed the design limits of ComEd equipment like transformers and conductors and cause an increase in HVAC loads that have the potential for historically unprecedented system peaks; icing risk that is currently more prominent in central Illinois into the denser infrastructure of ComEd’s system, causing additional winter outage risks to customers; and increased density of vegetation increasing the risk of ComEd infrastructure damage. While current climate modeling is not able to accurately predict convection, a weather phenomenon that leads to intense storms with high winds, such as the destructive derecho that hit northern Illinois in August 2020, ComEd and Argonne are working together to study these processes to better understand how additional severe weather risk will manifest.

Given expected climate impacts, Argonne has recommended several adaptation options for the ComEd grid, including, but not limited to, revising the design and construction standards to ensure ComEd equipment can withstand future climate conditions; adjusting vegetation management practices and standards to prevent more frequent contact with power lines; and increasing energy efficiency programs to alleviate projected stress on the grid.

Phase two of the study, which will start in 2023, will examine the impacts to flood risk and convection, a weather phenomenon that causes severe storms with high winds and tornadoes.

The collaboration between ComEd and Argonne builds upon established climate science and industry best practices to help ComEd plan and build infrastructure that is more resilient to the climate changes that pose growing risks to the grid. Argonne’s analysis of future climate conditions for Northern Illinois will help ComEd to select the most effective and efficient methods for adapting to these impacts, bringing new insights to ComEd’s industry-leading grid planning practices.

As the nation’s electric companies are increasingly challenged by severe weather associated with climate change, ComEd is delivering the highest levels of service in its history to families and businesses. ComEd’s reliability performance for the first nine months of 2022 was highest on record for any year in company history. This strong performance would not be possible if not for smart grid improvements that began in 2011. At the same time, ComEd’s rates are among the lowest in America. As of December 2021, the average residential rate was 21 percent below the average for the nation’s top 10 metro areas, and as a percentage of median income, ComEd’s residential electricity charges rank among the lowest in the nation.

ComEd is a unit of Chicago-based Exelon Corporation (NASDAQ: EXC), a Fortune 200 energy company with approximately 10 million electricity and natural gas customers – the largest number of customers in the U.S. ComEd powers the lives of more than 4 million customers across northern Illinois, or 70 percent of the state’s population. For more information visit ComEd.com and connect with the company on Facebook, Twitter, Instagram and YouTube. 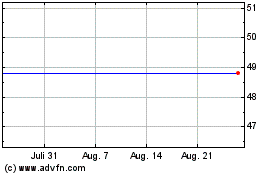 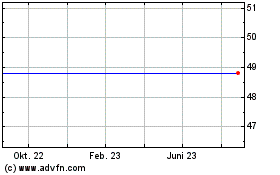 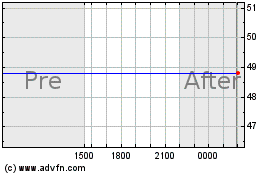