(Exact name of Registrant as Specified in Its Charter)

Check the appropriate box below if the Form 8-K filing is intended to simultaneously satisfy the filing obligation of the registrant under any of the following provisions (see General Instruction A.2. below):

This Current Report on Form 8-K is being filed in connection with the completion of the previously announced Merger (as described below) pursuant to that certain Agreement and Plan of Merger, dated as of August 8, 2022 (the “Merger Agreement”), by and among Avalara, Inc., a Washington corporation (“Avalara” or the “Company”), Lava Intermediate, Inc., a Delaware corporation (“Parent”) and Lava Merger Sub, Inc., a Washington corporation and a wholly owned subsidiary of Parent (“Merger Sub”).

On October 19, 2022 (the “Closing Date”), pursuant to the Merger Agreement, Merger Sub merged with and into the Company (the “Merger”), with the Company surviving the Merger as a wholly owned subsidiary of Parent. Parent and Merger Sub were formed by affiliates of funds advised by Vista Equity Partners (the “Vista Funds”). Capitalized terms used herein but not otherwise defined have the meaning set forth in the Merger Agreement.

The information set forth in the Introductory Note of this Current Report on Form 8-K is incorporated by reference into this Item 1.01.

On the Closing Date, Merger Sub, as the initial borrower, and the Company, after giving effect to the Merger, as the borrower, entered into that certain Credit Agreement with Owl Rock Core Income Corp., as administrative agent and collateral agent, the lenders from time to time party thereto and the guarantors from time to time party thereto (the “Credit Agreement”), which provides for (i) a term loan facility in an aggregate principal amount equal to $2.5 billion and (ii) a revolving loan facility in an aggregate principal amount equal to $250 million. The Company is the borrower, and certain of its subsidiaries are guarantors, under the Credit Agreement. The obligations under the Credit Agreement are secured on a first priority basis by substantially all assets of the borrowers and the guarantors (subject to certain exclusions and exceptions). The Credit Agreement includes representations and warranties, covenants, events of default and other provisions that are customary for facilities of their respective types.

On the Closing Date, the Company and The Bank of New York Mellon Trust Company, N.A., a national banking association, as trustee under the Indenture, dated as of August 13, 2021 (the “Indenture”) governing the Company’s 0.25% Convertible Senior Notes due 2026 entered into a supplemental indenture (the “Supplemental Indenture”) to the Indenture, providing that, at and after the Closing Date, conversions pursuant to the conversion rights under the Indenture are changed to the right to receive the Per Share Merger Consideration in an amount calculated pursuant to the terms of the Indenture.

The information set forth in the Introductory Note of this Current Report on Form 8-K is incorporated by reference into this Item 2.01.

The information set forth in the Introductory Note of this Current Report on Form 8-K is incorporated by reference into this Item 2.01.

At the Effective Time:

There were no vested (but not yet settled) Avalara performance stock units outstanding as of immediately prior to the Effective Time.

The information set forth in Item 1.01 of this Current Report on Form 8-K is incorporated by reference into this Item 2.03.

The Information set forth in the Introductory Note and under Item 2.01 is incorporated herein by reference.

In connection with the closing of the Merger, the Company notified The New York Stock Exchange (“NYSE”) on October 19, 2022 that each outstanding share of Common Stock (except as described in Item 2.01 hereof) was converted into a right to receive the Per Share Merger Consideration pursuant to the Merger Agreement as described under Item 2.01, and the Company requested that NYSE file a Form 25 with the SEC to remove the Common Stock from listing on NYSE and deregister the Common Stock pursuant to Section 12(b) of the Securities Exchange Act of 1934, as amended (the “Exchange Act”).

The Common Stock ceased trading on the NYSE effective prior to the opening of trading on October 19, 2022. After effectiveness of the Form 25, the Company intends to file with the SEC a certification and notice of termination on Form 15 to terminate the registration of the Common Stock under the Exchange Act and suspend the Company’s reporting obligations under Section 13 and Section 15(d) of the Exchange Act.

The Information set forth in the Introductory Note and under Items 2.01, 3.01 and 5.03 of this Current Report on Form 8-K is incorporated herein by reference.

The Information set forth in the Introductory Note and under Items 2.01 and 3.01 is incorporated herein by reference.

As a result of the Merger, a change in control of the Company occurred, and the Company became a wholly-owned subsidiary of Parent. The total amount of consideration payable to the Company’s equityholders in connection with the Merger was approximately $8.4 billion. The funds used by Parent to consummate the Merger and complete the related transactions came from equity contributions from the Vista Funds, a syndicate of co-Underwriters and Vista-managed co-investment vehicles, the Company’s cash on hand, and the proceeds received in connection with debt

financing pursuant to a $2.5 billion term loan under the Credit Agreement, dated as of October 19, 2022, by and among Parent, Merger Sub, the Company, certain domestic subsidiaries of the Company, as guarantors, the lenders from time to time party thereto, and Owl Rock Core Income Corp., as administrative agent and collateral agent.

The information set forth in the Introductory Note and under Item 2.01 is incorporated herein by reference.

The information set forth in the Introductory Note and under Item 2.01 is incorporated herein by reference.

Effective upon completion of the Merger, the bylaws of the Company were amended and restated to be in the form of the bylaws attached as Exhibit 3.2 hereto, which is incorporated herein by reference.

On October 19, 2022, the Company issued a press release announcing the completion of the Merger. A copy of the press release is attached hereto as Exhibit 99.1 and is incorporated herein by reference. 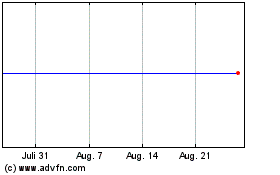 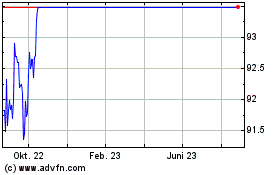 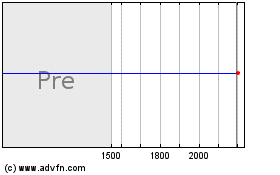