Renault Group is accelerating the decarbonisation plan for its plants in France and innovating with new partners: Voltalia, ENGIE, and Dalkia.

Boulogne-Billancourt, November 24, 2022 – As part of its Renaulution strategy, Renault Group today announces an acceleration of the decarbonization plan for its industrial sites with three strategic and unprecedented partnerships to achieve its energy transition objectives. This new stage is materializing today with Voltalia for the largest green electricity supply contract in France – for the French factories of the Group; with ENGIE for the first deep geothermal project on a European industrial site, in Douai; with Dalkia, EDF Group, for the installation of a biomass boiler, in Maubeuge.

Committed to the energy transition for more than 10 years and reaffirmed in the Climate Plan in April 2021, the Group confirms its commitments to achieve net zero carbon at its ElectriCity plants in Hauts-de-France by 2025, in Europe by 2030 and worldwide by 2050. The Group is drawing up a large-scale concrete plan to accelerate industrial decarbonization via photovoltaics, geothermal energy and biomass, among other initiatives.

Luca de Meo, CEO of Renault Group, said: "Today we are taking a strategic step towards achieving carbon neutrality in our plants. Thanks to this partnership signed with Voltalia, ElectriCity will become the Group's first production hub to be supplied with carbon-free and competitive electricity. And we don't stop there! We are already working on the next step of our plan and are working towards carbon-free heat to power our factories. In Douai, we are proud to launch with ENGIE one of the most ambitious decarbonisation projects on a European industrial site: the installation of deep geothermal energy. Finally, we are very pleased to partner with Dalkia to launch a biomass boiler project at the Maubeuge plant. We take responsibility, as a leading car manufacturer, to innovate and reduce the carbon footprint of our plants."

Renault Group and Voltalia sign France's largest long-term renewable electricity supply agreement (Corporate Power Purchasing Agreement) for a capacity of 350 megawatts representing the production of approximately 500 gigawatt hours per year by 2027. With a duration of 15 years, it is an unprecedented commitment in France terms of power. This long-term agreement will enable Renault Group to cover up to 50% of the electricity consumption of the manufacturer's production activities in France in 2027.

Voltalia will install photovoltaic panels on French territory for a capacity of 100 megawatts from 2025. The capacity made available to Renault by Voltalia will increase steadily over the following years, reaching a total of 350 megawatts in 2027. This agreement will cover Cléon's electric activities as well as all the sustainable electricity needs of the ElectriCity cluster, the largest and most competitive electric vehicle production centre in Europe whose ambition is to produce 500,000 vehicles per year by 2025.

Sébastien Clerc, CEO of Voltalia, said: "Voltalia is proud to be a privileged partner of this new stage of Renault Group's Climate Plan and to actively contribute to its objective of net zero carbon for the plants in the ElectriCity cluster. Providing renewable, carbon-free and competitive electricity to reduce CO2 emissions is Voltalia's daily mission. This major partnership delights us and illustrates our ability to be a key player in green electricity solutions in France."

Renault Group and ENGIE are developing a deep geothermal energy project at the Douai plant, an unprecedented project in Europe.

This large-scale project is integrated as part of a Heat Purchase Agreement (HPA) with the aim of supplying the plant with carbon-free heat, replacing 70% of its gas needs from local and renewable sources. The partnership would span 15 years. Renault Group will thus strengthen its leading position in the decarbonisation of its industrial sites through this commitment.

At the end of 2023, ENGIE, through its subsidiary ENGIE Solutions, will begin drilling work at the Douai plant to draw hot water (130-140°C) at a depth of 4,000 metres to capture the calories needed for the plant's industrial and heating process needs from 2025. The geothermal water will then be returned to its natural environment. Once implemented, this geothermal technology would provide a power of nearly 40 MW continuously. In summer, when the need for heat is lower, geothermal energy could be used to produce carbon-free electricity.

Cécile Prévieu, Executive Vice President in charge of Energy Solutions, said: "We are proud to be one of the partners that Renault has trusted to decarbonise its activities. The technological expertise represented by this geothermal solution applied to a large industrial site demonstrates our know-how and our ability to innovate to support our customers in their energy transition. We provide virtuous, resilient solutions that guarantee the highest operational performance."

Renault Group and Dalkia, an EDF Group subsidiary specialising in renewable energies, have signed a 15-year partnership to supply carbon-free heat to the Maubeuge Renault plant through the installation of a biomass boiler and waste heat recovery systems on site. With a capacity of 15 MW, these boilers should enable the plant to cover 65% of its gas needs from local and renewable sources by 2025.

Sylvie Jéhanno, CEO of Dalkia, said: "I would like to thank Renault Group for placing its trust in us. The decarbonisation of industry is at the heart of our activities and our teams are very committed to making this biomass heating plant project at the Maubeuge plant a benchmark for the region's energy transition!"

The decarbonization plan concerns all Renault Group sites on the four continents where the Group operates. To avoid the use of fossil fuels, and to make this transition to renewable energy, Renault Group is surrounded by a network of partners to deploy its decarbonization strategy around the world.

About Renault Group Renault Group is at the forefront of mobility that is reinventing itself. With its alliance with Nissan and Mitsubishi Motors, and its unique expertise in electrification, Renault Group relies on the complementarity of its 4 brands – Renault – Dacia – Alpine and Mobilize – and offers sustainable and innovative mobility solutions to its customers. Present in more than 130 countries, the Group sold 2.7 million vehicles in 2021. It brings together nearly 111,000 employees who embody its raison d'être on a daily basis, so that mobility brings us closer to each other. Ready to take on challenges on the road as well as in competition, the Group is committed to an ambitious and value-generating transformation. It is focused on the development of new technologies and services, a new range of vehicles that is even more competitive, balanced and electrified. In line with environmental challenges, Renault Group aims to achieve carbon neutrality in Europe by 2040. https://www.renaultgroup.com/

About VoltaliaVoltalia is an international player in renewable energies. The Group produces and sells electricity from its wind, solar, hydro, biomass and storage facilities. It has an operating and construction capacity of more than 2.4 GW and a portfolio of projects under development with a total capacity of 13.6 GW.Voltalia is also a service provider and supports its customers in renewable energy during all stages of projects, from design to operation and maintenance. A pioneer in the business market, Voltalia finally offers a global offer to companies ranging from the supply of green electricity to energy efficiency services, including the local production of its own electricity. With 1,450 employees in 20 countries on 4 continents, Voltalia has a global capacity for action for its customers.Voltalia is listed on the regulated market of Euronext in Paris (FR0011995588 – VLTSA) and is part of the Enternext Tech 40 and CAC Mid&Small indices. The company is also included in the Gaia-Index, the index of responsible average values.

About ENGIE ENGIE is a global reference in low-carbon energy and services. Together with our 101,500 employees, our customers, partners and stakeholders, we are committed to accelerate the transition towards a carbon-neutral world, through reduced energy consumption and more environmentally-friendly solutions. Inspired by our purpose (“raison d’être”), we reconcile economic performance with a positive impact on people and the planet, building on our key businesses (gas, renewable energy, services) to offer competitive solutions to our customers. Turnover in 2021: 57.9 billion Euros. The Group is listed on the Paris and Brussels stock exchanges (ENGI) and is represented in the main financial indices (CAC 40, Euronext 100, FTSE Eurotop 100, MSCI Europe) and non-financial indices (DJSI World, DJSI Europe, Euronext Vigeo Eiris - Eurozone 120/ Europe 120/ France 20, MSCI EMU ESG screened, MSCI EUROPE ESG Universal Select, Stoxx Europe 600 ESG, and Stoxx Global 1800 ESG).

Dalkia: together, let's take up the climate challenge!For 85 years, Dalkia, a subsidiary of the EDF Group and leader in energy services, has been investing in and developing renewable and recovery energies and supporting its customers over the long term to help them save energy and reduce their CO2 emissions. Nearly 20,000 employees throughout France and abroad maintain and operate the facilities of industrial sites, tertiary buildings, communities, health facilities and housing, with innovative and efficient solutions to accelerate the decarbonization of sites and territories.Find our solutions on our eco-responsible website www.dalkia.fr 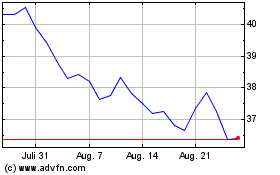 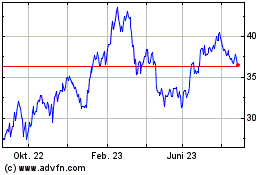 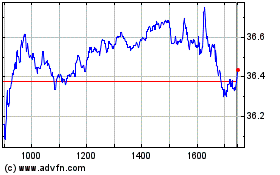