The ORPEA Group (Paris:ORP) today announced its revenue for the third quarter of 2022 and the first nine months of the year, to 30 September 2022.

Rest of the World

In France Benelux UK Ireland, revenue growth was 2.1% and was mainly organic (+1.6%). The growth observed in both the Netherlands and Belgium made it possible to offset the slight decrease observed in France (-0.6%), resulting from a higher basis of comparison over the same period in 2021, with retirement homes activity still impacted by the crisis context. Thus, during the 3rd quarter, after the decline observed between January and April 2022, the occupancy rate in retirement homes in France has risen slightly to an average of 85.4%, i.e. an increase of +0.9 point compared to the 2nd quarter of 2022 (a level nevertheless approximately 1.5 points lower than the average rate observed in the third quarter of 2021). On the other hand, the turnover of the clinics in France showed a good resilience, remaining almost stable compared to the 3rd quarter of 2021.

The rest of the Group's activity, in line with previous quarters, showed good momentum in the third quarter thanks to rising occupancy rates and the contribution of facilities opened in the last 12 months.

Central Europe thus grew at a sustained rate of +8.9%, of which +5.3% was organic, benefiting in particular from favorable price changes in Germany and dynamic activity in Switzerland.

The Group's activities in Eastern Europe grew by +11.9%, mainly organically (+10.1%), benefiting from the increase in the number of facilities opened in various countries in the region.

Lastly, growth in activity was sustained in Spain thanks to an increase in occupancy rates, while the rest of the Iberian Peninsula and Latam region benefited from the inclusion of Brazil Senior Living Group within the scope of consolidation as of 1 January 2022. In total, this geographical area posted growth of +45%, of which +17.7% was organic.

For the first nine months of the year, consolidated revenue amounted to € 3,475.8 million, an increase of 9.3%, of which 5.5% was organic. All geographical areas showed good organic growth momentum, resulting from several factors:

- in France Benelux UK Ireland, higher occupancy rates than their average level in 2021 despite the impact of the crisis in France; - an average level of activity that is increasing in all activities and geographical areas; - the ramp-up of facilities opened in previous quarters. At the end of September 2022, the Group had thus continued its development with the opening of around 2,000 beds, corresponding to new facilities and extensions.

The presentation of ORPEA's transformation plan by its new management team will take place on the morning of Tuesday 15 November 2022. Details of how to attend will be communicated separately.

Background information on the financing of the Group

In a highly inflationary economic environment that has impacted financial results, and in the context of the strategic and financial review conducted by the new management team, the company reminds that a conciliation procedure was opened on 25 October with the President of the Nanterre specialized Commercial Court to enable future discussions with ORPEA SA's financial creditors to take place within a stable and legally secure framework. The objective of this procedure is to reach amicable solutions under the aegis of the appointed conciliator, Maître Hélène Bourbouloux (FHB), in order to achieve a sustainable financial structure by drastically reducing its debt and securing the liquidity necessary to continue its activity.

These discussions are made necessary by the impossibility for ORPEA SA of implementing, in the current economic environment and, the asset disposal programme in the proportions and timeframes originally contemplated in the financing plan agreed with the Group’s main banking partners in May this year.

At this stage, the solutions considered include the conversion into equity of all of ORPEA SA's unsecured debt (which represented approximately €4 billion as at 31 October 2022), amendment of the "R1" and "R2" financial covenants contained in many of the Group’s financing agreements not impacted by the conversion of debt into equity, and certain modifications to existing secured debt to facilitate the necessary injection of new financing in the form of secured debt and capital increase.

The first meeting with ORPEA SA's unsecured debt holders will be held on 15 November under the aegis of Maître Hélène Bourbouloux. It is reminded that only relevant financial creditors will be entitled to participate.

At the same time, the Group has continued to implement the Financing Agreement announced on 13 June 2022. This financing, amounting €1.729 billion spread over several loans (A1, A2, A3, A4 and B) as mentioned in the recent financial publications2, is to be made available gradually until 31 December 2022, subject to the fulfilment of conditions precedent. It is completed by an optional refinancing line of a maximum amount of €1.5 billion (C1 and C2 loans), intended to refinance any existing financing (excluding any bond financing, Euro PP and Schuldschein) of the ORPEA Group that is not secured. The situation of the drawings on the various credit lines as at 8 November 2022 is summarised in the table below, with a reminder of the situation detailed in the press release of 28 September 2022:

It should also be noted that after taking into account a drawdown of approximately €462 million on the C Loan, which is expected to be irrevocably drawn on 16 November 2022, the amount of financing available under this facility will be approximately €242 million.

The maturity schedule of the gross financial debt as at 1 November 2022, pro forma of the drawings made under the Financing Agreement, is shown below:

About ORPEA ORPEA is a leading global player, expert in the care of all types of frailty. The Group operates in 22 countries and covers three core businesses: care for the elderly (nursing homes, assisted living, home care), post-acute and rehabilitation care and mental health care (specialized clinics). It has more than 71,000 employees and welcomes more than 255,000 patients and residents each year.

1 Organic growth of Group revenue reflects the following factors: 1. The year-on-year change in the revenue of existing facilities as a result of changes in their occupancy rates and per diem rates; 2. The year-on-year change in the revenue of redeveloped facilities or those where capacity has been increased in the current or year-earlier period; 3. Revenue generated in the current period by facilities created during the year or year-earlier period, and the change in revenue of recently acquired facilities by comparison with the previous equivalent period 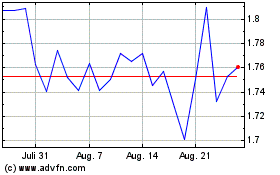 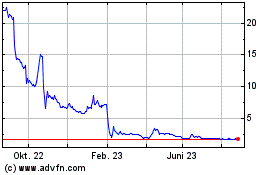 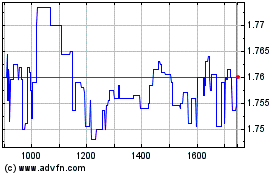