Quantum Genomics (Euronext Growth - FR0011648971 - ALQGC), a biopharmaceutical company specializing in the development of a new drug class directly targeting the brain to treat complex/resistant hypertension and heart failure, announces the launch of an approximately €15 million capital increase with cancellation of the preemptive subscription rights as part of an offering to a category of persons within the meaning of Article L.225-138 of the French Commercial Code (the "Deal").

The Deal aims to finalize all the operations for the market launch of firibastat, and explore new therapeutic fields based on the patented technology platform built around BAPAIs. It will also allow Quantum Genomics to reinforce and broaden their shareholding structure.

In parallel with the preparation in December 2021 of an exclusive licensing and production agreement with Quantum Genomics, the company Gulf Pharmaceutical Industries Julphar will subscribed simultaneously to a reserved capital increase of $2 million (in accordance with the 15th resolution of June 24, 2021 Annual General Meeting), independent from the Deal, at the same subscription price as the price set for the Deal. The shares issued have a mandatory lock-up period of one year. This represents an increased focus by Quantum Genomics and Julphar’s on their cooperation to market firibastat in the Middle East, Africa, some member countries of the Commonwealth of Independent States and Turkey.

Jean-Philippe Milon, CEO of Quantum Genomics, commented: "By committing to subscribe to this deal, Otium Capital and Vatel Capital are demonstrating, alongside our partner Julphar, their trust in our corporate objectives and execution. We are delighted to be able to count on their support. Our ambition is to develop a portfolio of innovative products that bring hope to millions of patients worldwide suffering from diseases with unmet needs".

The Company plans to use the proceeds from the Deal to finance: (i) the continued development of firibastat through to the first registration at the end of 2023 and (ii) the exploration of new therapeutic indications based on the BAPAI platform.

The firibastat development program, which is currently in Phase III in difficult-to-treat and resistant hypertension, is running its course with the aim of a first registration at the end of 2023. With this objective, Quantum Genomics have focused their research activities on this first indication and set up a first-rate team to carry out this key step in their development, as illustrated by the recent appointment of Stéphane Cohen as Head of Global Operations.Therefore, despite the health restrictions and the impact of the Covid-19 pandemic, the last patient for the FRESH randomized, double-blind, placebo-controlled study should be enrolled in the next few days, for results which will now be published by the end of October 2022. The study is taking place under the supervision of an independent data monitoring committee (IDMC) and no serious adverse event liable to result in a change to the protocol has been reported. The Phase III REFRESH study kicked off in the first half of 2021 with the aim of demonstrating the three-month efficacy of firibastat after a single daily dose, as well as the long-term safety (six to twelve months). Based on the intermediate results of this study, expected for mid-2023, the application for marketing authorization of firibastat will be filed in the third quarter 2023, as planned.In the heart failure indication, following the results of QUORUM announced in August 2021, the search for a partner to support the next development activities is still ongoing, while the development plan is being finalized with the Regulatory Authorities.

Quantum Genomics are therefore on their way to validating a new drug class based on an innovative mechanism, directly targeting the brain, to treat patients with cardiovascular disease who are poorly controlled or whose treatment has failed. To go even further and supplement its historical activities, Quantum Genomics now intends to explore new therapeutic fields based on the patented technology platform built around BAPAIs. Through this strategy, the company intends to leverage its development expertise to become a benchmark player in the formulation of innovative treatments addressing needs that are currently unmet.

Based on its cash position of M€ 5.1 as of March 31, 2021, subscription commitments received from institutional investors for minimum of M€ 12 and Julphar’s investment of M$ 2, Quantum Genomics has cash visibility until the end of the first quarter 2023.

The Deal will take place with cancellation of the Company's existing shareholders' pre-emptive subscription right, with French and international institutional investors, as part of an offering of new shares (the "New Shares") to a category of persons within the meaning of Article L. 225-138 of the French Commercial Code, in accordance with the 16th resolution of the General Meeting of Shareholders of Quantum Genomics held on June 24, 2021 (the "General Meeting") and the decision made today by the CEO following authorization from the Board of Directors on April 25, 2022.

Subscription for the New Shares will include cancellation of the shareholders' pre-emptive subscription right and will be exclusively reserved for the following category of persons, as defined by the Board of Directors' decisions of April 25, 2022 in accordance with the delegation from the General Meeting:

"French and foreign investments firms and funds (including, but not limited to, any Innovation Fund, Venture Capital Fund or Local Investment Fund) (i) habitually investing or (ii) having invested over the last 60 months more than 1 million Euros in "small caps" (i.e. whose capitalization, when they are listed, does not exceed one billion Euros (€1,000,000,000)) linked to the biotechnologies or health sector, investing a unit amount of more than €100,000 (issue premium included)."

The number of New Shares issued in the context of the Deal will be defined by decision of the CEO in accordance with the authorization given by the Board of Directors on April 25, 2022. The Deal will take place by accelerated book-building, with immediate effect, and after which the number of New Shares and the price of shares applied for the transaction will be defined. The accelerated book-building will commence immediately and should end before markets open on April 27, 2022, subject to any earlier closing or extension. The result of the Deal will be announced in a press release as soon as possible after closing the order book.

The New Shares will be subject to all the provisions of the by-laws and will be equivalent to existing shares upon completion of the Deal. They will carry immediate dividend rights and will be admitted to trading on Euronext Growth Paris under the same ISIN code FR0011648971 - ALQGC. The settlement and delivery of the New Shares and their admission to trading on Euronext Growth in Paris are planned for April 29, 2022.

Gilbert Dupont (Société Générale Group) is the sole Lead Underwriter and bookrunner for the Deal.

In the context of the Deal, Quantum Genomics made a 90-day commitment from the settlement date of the Deal, subject to the usual exceptions, to abstain from issuing any new shares over the said period.

In addition, the pharmaceutical company Julphar will subscribe a commitment to retain the Quantum Genomics shares subscribed for one year from the settlement date of the Deal, subject to the usual exceptions.

GUARANTEE OF THE OFFERING

Gilbert Dupont is the sole Lead Underwriter and Bookrunner for the Deal.

There is no guarantee for the Deal. However, there is an investment contract between Quantum Genomics and Gilbert Dupont.

Detailed information about Quantum Genomics, particularly concerning its business, results and related risk factors, is provided in the annual financial report for the year ended December 31, 2020 and the interim financial report for H1 2021, which can be found, along with other regulated information and all the press releases of Quantum Genomics, on their website (www.quantum-genomics.com).

The offering of the Quantum Genomics New Shares in the context of the Deal will not give rise to the preparation of a prospectus subject to approval by the French Financial Markets Authority (AMF).

This press release does not constitute an offer of securities or a solicitation to purchase or subscribe for securities in the USA or any other country.

Quantum Genomics is a biopharmaceutical company specializing in the development of a new class of cardiovascular drugs, based on the Brain Aminopeptidase A Inhibition (BAPAI) mechanism. It is the only company in the world to pursue this innovative approach directly targeting the brain, founded upon more than twenty years of research work by Paris-Descartes University and the INSERM/CNRS laboratory led by Dr. Catherine Llorens-Cortès at the Collège de France. Quantum Genomics thus aims to develop innovative treatments for complex or even resistant hypertension (in approximately 30% of patients it is poorly controlled or treatment failure occurs), and heart failure (one in two patients diagnosed dies within five years).

The Paris-based company is listed on Euronext Growth in Paris (FR0011648971 - ALQGC) and on the US OTCQX market (symbol: QNNTF).Learn more on www.quantum-genomics.com, and our Twitter and Linkedin accounts 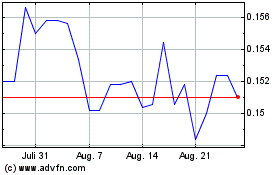 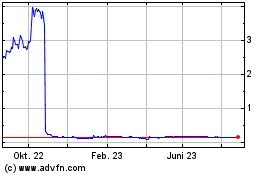 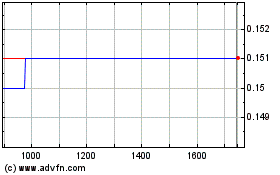