(All dollar amounts are in United States Dollars unless otherwise indicated)

VANCOUVER, BC, Feb. 8, 2022 /CNW/ - Nova Royalty Corp. ("Nova" or the "Company") (TSXV: NOVR) (OTCQB: NOVRF) is pleased to announce that, further to its news release dated January 10, 2022, it has completed its acquisition (the "Transaction") of an existing 0.135% net smelter return ("NSR") royalty on the Copper World and Rosemont copper projects in Arizona (the "Royalty"), owned by Hudbay Minerals Inc. (TSX: HBM) (NYSE: HBM). Nova has also been granted a Right of First Refusal in respect to an additional 0.540% NSR covering the same area as the Royalty.

An additional $4.0 million in cash will be payable as follows:

Other terms of the Transaction were as disclosed in Nova's news release dated January 10, 2022.

The Drawdown Amount is convertible by Beedie Capital into 426,845 common shares of the Company at a conversion price of C$3.514152 per share which is based on a 20% premium above the 30-day volume-weighted average price of the common shares of Nova on ‎the TSX Venture Exchange ("TSXV") calculated up to and including January 7, 2022, in accordance with the terms of the Beedie Capital Facility‎. Any common shares of the Company issued upon conversion of the Drawdown Amount will be subject to a hold period elapsing on May 26, 2022.

A portion of the Drawdown Amount was used to fund the Closing Cash Payment and the balance will be used for general and administrative purposes.

Nova is a royalty company focused on providing investors with exposure to the key building blocks of clean energy – copper and nickel. The Company is headquartered in Vancouver, British Columbia and is listed on the TSXV under the trading symbol "NOVR" and on the US OTCQB under the ticker "NOVRF".

On Behalf of Nova Royalty Corp.,

This press release contains "forward-looking information" and "forward-looking statements" within the meaning of applicable securities legislation. The forward-looking statements herein are made as of the date of this press release only, and the Company does not assume any obligation to update or revise them to reflect new information, estimates or opinions, future events or results or otherwise, except as required by applicable law. Often, but not always, forward-looking statements can be identified by the use of words such as "plans", "expects", "is expected", "budgets", "scheduled", "estimates", "forecasts", "predicts", "projects", "intends", "targets", "aims", "anticipates" or "believes" or variations (including negative variations) of such words and phrases or may be identified by statements to the effect that certain actions "may", "could", "should", "would", "might" or "will" be taken, occur or be achieved. Forward-looking information in this press release includes, but is not limited to, exploration and expansion potential, production, recoveries and other anticipated or possible future developments on the Rosemont and/or Copper World projects, current commodity prices, the payment frequency of the under the Royalty, current and potential future estimates of mineral reserves and resources; future commercial production from the Rosemont and/or Copper World projects or other designated areas; and the attainment of any required regulatory approval to the acquisitions of the Royalty. Forward-looking statements and information are subject to various known and unknown risks and uncertainties, many of which are beyond the ability of Nova to control or predict, that may cause Nova's actual results, performance or achievements to be materially different from those expressed or implied thereby, and are developed based on assumptions about such risks, uncertainties and other factors set out herein, including, but not limited to, the risk factors set out under the heading "Risk Factors" in the Company's annual information form dated April 30, 2021 available for review on the Company's profile at www.sedar.com. Such forward-looking information represents management's best judgment based on information currently available. Except as required by applicable securities laws, the Company undertakes no obligation to update these forward-looking statements in the event that management's beliefs, estimates or opinions, or other factors, should change. No forward-looking statement can be guaranteed and actual future results may vary materially. Accordingly, readers are advised not to place undue reliance on forward-looking statements or information. 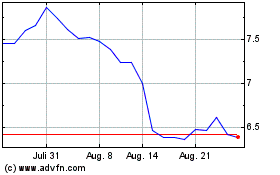 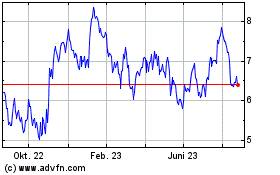 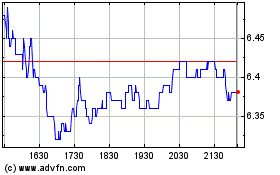