The clinical practice update entitled “AGA Clinical Practice Update on New Technology and Innovation for Surveillance,” the first such update since 2011, was recently published online in the journal, Clinical Gastroenterology and Hepatology. The expert review was commissioned by the AGA’s Clinical Practice Update Committee, its Center for GI Innovation and Technology, and Governing Board to “provide timely guidance on a topic of high clinical importance…” Senior author Srinadh Komanduri M.D., M.S., Professor of Medicine and Surgery, Associate Chief, Division of Gastroenterology and Hepatology and Director of Endoscopy at the Feinberg School of Medicine, Northwestern University, is a member of Lucid’s Medical Advisory Board.

The AGA update mirrors the recently updated American College of Gastroenterology (“ACG”) clinical guideline on the same topic, by acknowledging the “significant need for noninvasive screening tools that are easy to administer, patient friendly, and cost-effective for the detection of BE,” and endorsing, for the first time, such tools as an acceptable alternative to endoscopy to directly address this need.

Best Practice Advice 2: Non-Endoscopic Cell Collection Devices may be considered as an option to screen for BE.

The clinical practice update specifically mentions EsoCheck, along with Lucid’s EsophaCap® device, as such “Non-endoscopic Cell Collection Devices” – the only such devices commercially available in the United States – indicating that they “have demonstrated excellent tolerability, safety, and sensitivity for the diagnosis of BE.” The authors cite the seminal NIH-funded multicenter, case-control study published in 2018 in Science Translational Medicine, which demonstrated that EsoGuard is highly accurate at detecting esophageal precancer and cancer, including on samples collected with EsoCheck.

“We are gratified that the AGA has joined the ACG in updating their clinical practice guidelines to recognize the role that groundbreaking technologies, such as EsoGuard and EsoCheck, can play in driving widespread esophageal precancer screening to prevent esophageal cancer deaths,” said Lishan Aklog M.D., Lucid’s Chairman and Chief Executive Officer. “We now have a consensus. The two leading gastroenterology professional associations support the use of our nonendoscopic tools as an acceptable alternative to endoscopy – which has unequivocally failed as a screening tool despite over a decade of clinical guidelines recommending screening of at-risk patients. This ongoing failure to screen makes the thousands of esophageal deaths in the U.S. each year a profound and preventable tragedy, which we are determined to eliminate.”

The clinical practice update also significantly expands the target population for esophageal precancer screening, including for EsoGuard and EsoCheck, by recommending, for the first time, screening in at-risk patients without symptoms of reflux. The AGA does so by adding a history of chronic gastroesophageal disease (“GERD,” commonly known as chronic heartburn) as merely an additional, seventh, risk factor to the six risk factors for BE and EAC that have traditionally identified at-risk symptomatic patients recommended for screening. As a result, chronic symptomatic GERD is no longer a mandatory prerequisite and asymptomatic patients with three other risk factors are now considered appropriate for screening.

Best Practice Advice 1: Screening with standard upper endoscopy may be considered in individuals with at least 3 established risk factors for Barrett’s esophagus (BE) and esophageal adenocarcinoma (EAC), including individuals who are male, non-Hispanic White, age >50 years, have a history of smoking, chronic GERD, obesity or a family history of BE or EAC.

It is estimated that approximately 40% of GERD patients have “silent GERD” without classic symptoms of heartburn, representing an estimated thirty million persons in addition to the estimated fifty million U.S. adults with weekly symptoms of GERD. The AGA experts based their expansion of the target screening population on a growing consensus, driven by data indicating that over 50% of U.S. patients diagnosed with esophageal cancer would not have qualified for screening per traditional clinical practice guidelines – nearly all because they lacked symptoms of GERD. A recently launched NIH-funded and Lucid-supported study, Detection of Barrett s Esophagus in Patients Without GERD Symptoms, seeks to directly demonstrate that EsoGuard performed by Lucid on samples collected with EsoCheck can detect esophageal precancer in such asymptomatic patients.

“We applaud this bold move by the AGA, which represents a profound paradigm shift in how we view screening for esophageal precancer,” said Dr. Aklog. “Based on data its experts cite, removing symptomatic GERD as a mandatory prerequisite for screening has the potential to dramatically increase our ability to prevent esophageal cancer deaths through esophageal precancer screening. We believe that ongoing studies, including the NIH-funded ‘non-GERD’ study we are supporting, will provide additional clinical evidence to support the use of EsoGuard and EsoCheck in asymptomatic at-risk patients.”

About EsoGuard and EsoCheck

Millions of patients with GERD are at risk of developing esophageal precancer and a highly lethal form of esophageal cancer (“EAC”). Over 80% of EAC patients die within five years of diagnosis, making it the second most lethal cancer in the U.S. The mortality rate is high even in those diagnosed with early stage EAC. The U.S. incidence of EAC has increased 500% over the past four decades, while the incidences of other common cancers have declined or remained flat. In nearly all cases, EAC silently progresses until it manifests itself with new symptoms of advanced disease. All EAC is believed to arise from esophageal precancer, which occurs in approximately 5% to 15% of at-risk GERD patients. Early esophageal precancer can be monitored for progression to late esophageal precancer which can be cured with endoscopic esophageal ablation, reliably halting progression to cancer.

Esophageal precancer screening is already recommended by clinical practice guidelines in millions of GERD patients with multiple risk factors, including age over 50 years, male gender, White race, obesity, smoking history, and a family history of esophageal precancer or cancer. Unfortunately, fewer than 10% of those recommended for screening undergo traditional invasive endoscopic screening. The profound tragedy of an EAC diagnosis is that likely death could have been prevented if the at-risk GERD patient had been screened and then undergone surveillance and curative treatment.

The only missing element for a viable esophageal cancer prevention program has been the lack of a widespread screening tool that can detect esophageal precancer. Lucid believes EsoGuard, performed on samples collected with EsoCheck, is the missing element – the first and only commercially available test capable of serving as a widespread screening tool to prevent esophageal cancer deaths through the early detection of esophageal precancer in at-risk GERD patients. An updated American College of Gastroenterology clinical practice guideline and an American Gastroenterological Association clinical practice update both endorse nonendoscopic biomarker tests as an acceptable alternative to costly and invasive endoscopy for esophageal precancer screening. EsoGuard is the only such test currently available in the United States.

EsoGuard is a bisulfite-converted NGS DNA assay performed on surface esophageal cells collected with EsoCheck, which quantifies methylation at 31 sites on two genes, Vimentin (VIM) and Cyclin A1 (CCNA1). The assay was evaluated in a 408-patient, multicenter, case-control study published in Science Translational Medicine and showed greater than 90% sensitivity and specificity at detecting esophageal precancer and cancer.

EsoCheck is an FDA 510(k) and CE Mark cleared noninvasive swallowable balloon capsule catheter device capable of sampling surface esophageal cells in a less than five-minute office procedure. It consists of a vitamin pill-sized rigid plastic capsule tethered to a thin silicone catheter from which a soft silicone balloon with textured ridges emerges to gently swab surface esophageal cells. When vacuum suction is applied, the balloon and sampled cells are pulled into the capsule, protecting them from contamination and dilution by cells outside of the targeted region during device withdrawal. Lucid believes this proprietary Collect+Protect™ technology makes EsoCheck the only noninvasive esophageal cell collection device capable of such anatomically targeted and protected sampling. The sample is sent by overnight express mail to Lucid’s CLIA-certified, CAP-accredited laboratory, LucidDx Labs, for EsoGuard testing.

Lucid Diagnostics Inc. (Nasdaq: LUCD) is a commercial-stage, cancer prevention medical diagnostics company, and subsidiary of PAVmed Inc. (Nasdaq: PAVM). Lucid is focused on the millions of patients with gastroesophageal disease (GERD), also known as chronic heartburn, who are at risk of developing esophageal precancer and cancer. Lucid’s EsoGuard® Esophageal DNA Test, performed on samples collected in a brief, noninvasive office procedure with its EsoCheck® Esophageal Cell Collection Device, is the first and only commercially available diagnostic test capable of serving as a widespread screening tool to prevent cancer and cancer deaths through early detection of esophageal precancer in at-risk GERD patients. EsoGuard is commercialized in the U.S. as a Laboratory Developed Test (LDT). EsoCheck is commercialized in the U.S. as a 510(k)-cleared esophageal cell collection device. EsoGuard, used with EsoCheck, was granted FDA Breakthrough Device designation and is the subject of multiple ongoing clinical trials. Lucid is building nationwide direct sales and marketing teams targeting primary care physicians, specialists, and institutions, as well as a network of Lucid Test Centers, where at-risk GERD patients can undergo the EsoCheck procedure for EsoGuard testing. For more information, please visit www.luciddx.com, follow Lucid on Twitter, and connect with Lucid on LinkedIn. For detailed information on EsoGuard, please visit www.EsoGuard.com and follow us on Twitter, Facebook and Instagram. 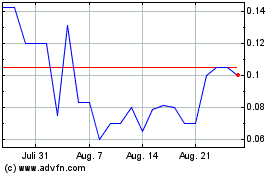 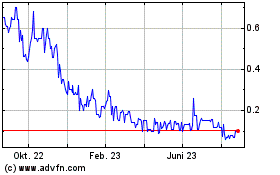 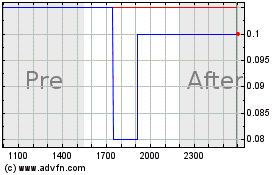