Kalray (Euronext Growth Paris: ALKAL), a leading provider of hardware and software technologies and solutions for high-performance, data centric computing markets, from cloud to edge, announces that it has signed a major contract with a world leader in the field of high technology, listed on the NASDAQ, in accordance with the negotiations announced recently1.

Éric Baissus, Kalray CEO, says : “The signing of this contract is a major milestone for Kalray. It is the result of nearly 18 months of in-depth evaluation by our customer of our technology, which has demonstrated its relevance compared to the most advanced alternatives in the industry, the quality of our teams, whom I would like to thank for the remarkable work that was done throughout these discussions, and of our ability, as a strategic partner company to offer the guarantees required to sign a contract of this magnitude with a major international player. This contract is further proof of the change of dimension initiated by our company and a further step towards becoming one of the world leaders in our market.”

This major contract was signed with an American company listed on the NASDAQ, a major player in the industry that generated several tens of billions of dollars in revenue in 2021 and had a market capitalization of over one hundred billion dollars.

The contract covers the development and supply of acceleration cards based on Kalray's DPU processors, on which the customer intends to build the next generation of its products and services. This agreement includes technical, commercial and financial terms and represents a commercial potential of several tens of millions of Euros per year. The signing of this contract demonstrates Kalray's ability to win over the most demanding players in the market and to sign contracts with very high revenue-generating potential.

AND CONFIRMS THE RELEVANCE OF KALRAY'S TECHNOLOGY AND BUSINESS MODEL

The key criterion in the customer's choice was the ability of Kalray's technology and its offering of acceleration cards to process the customer's data with the best performance/price and performance/consumption ratio. The advanced tests showed that Kalray's solution was a factor of 3 to 5 times better than the competition, representing a potential savings for the customer of several hundred million dollars over the life of the project. In addition to this cost/performance advantage, Kalray's solutions can be easily programmed and can handle a wide variety of data processing in parallel, which traditional alternatives such as GPUs or FPGAs do not allow.

Kalray's ability to support such a large contract comes from its "fabless" business model. Like other high-growth companies like NVIDIA, Kalray does not have a factory. Instead, Kalray relies on industry partners such as TSMC, the world's largest semiconductor manufacturer, and Wistron, one of the world's largest card and server manufacturers, to manufacture its hardware solutions without having to invest in a production facility.

A CONTRACT IN 3 CLEARLY DEFINED STAGES

The first phase began with the signing of the contract and covers the manufacturing of an ultra-high performance accelerator card including 4 Kalray MPPA® DPU processors and the support of the customer's development teams for the development of their next generation product. The customer has already committed $1 million to Kalray to cover the various phases of this milestone, which is expected to be completed in the second half of 2023.

The second step will be for the customer, once performance is confirmed, to launch pre-series production of its new generation of product, resulting in initial multi-million Euro card orders.

This signature is in line with Kalray's strategy to work with major players looking for a unique technology for very large projects. The company is currently in discussions with several players with the same profile and believes that this first major contract should be a catalyst for signing new contracts with this type of first tier customer and with all its prospects in general.

ABOUT KALRAY Kalray is a leading provider of hardware and software technologies and solutions for high-performance, data centric computing markets, from cloud to edge.

Kalray provides a full range of products to enable smarter, more efficient, and energy-wise data-intensive applications and infrastructures. Its offers include its unique patented DPU (Data Processing Unit) processors and acceleration cards as well as its leading-edge software-defined storage and data management offers. Separated or in combination, Kalray’s high-performance solutions allow its customers to improve the efficiency of data centers or design the best solutions in fast-growing sectors such as AI, Media & Entertainment, Life Sciences, Scientific Research, Edge Computing, Automotive and others.

Founded in 2008 as a spin-off of the well-known French CEA research lab, with corporate and financial investors such as Alliance Venture (Renault-Nissan-Mitsubishi), NXP Semiconductors or Bpifrance, Kalray is dedicated through technology, expertise, and passion to offer more: more for a smart world, more for the planet, more for customers and developers. www.kalrayinc.com 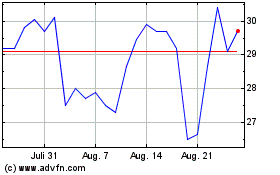 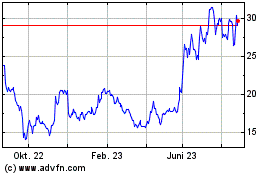 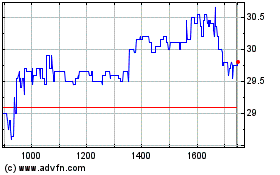