In line with the execution of 2021-25 Strategic Plan, work continued in the second quarter of 2022 on implementing initiatives with high technological features developed in markets synergic with or complementary to the Bank’s core business. Once these activities have become fully operational and reached significant size, they will act as an important driver for the creation of shareholder value.

In addition, on 30 June illimity completed the acquisition of Aurora Recovery Capital S.p.A. (“Arec”), a company specialised in the management of Unlikely to Pay (“UTP”) loans with a focus on the large-ticket corporate real estate segment, which will be merged into neprix – the illimity Group’s servicing platform. This operation strengthens the market positioning of neprix, taking its managed loans to around 10.3 billion euro6, and will provide a valuable contribution to the generation of third party servicing mandates, increasingly establishing its position as a market servicer and, in particular, as the third operator specialising in the management of UTP corporate real estate loans. On 30 June 2022, all the conditions for completing the acquisition had been met and the business combination became effective as of that date. As a result, the business combination was recognised in illimity’s consolidated balance sheet on 30 June 2022, while the economic results will be visible starting from the current quarter.Lastly, as confirmation of its considerable commitment in the sustainability field, illimity has recently received an especially important uplift in its ESG ratings:

Corrado Passera, CEO and Founder of illimity, commented: “We are very satisfied with the sound results posted in the second quarter of the year, the best in terms of business generation. The robust pipeline for the next few months confirms the dynamism of all the Divisions, which are ready to grasp the opportunities arising from the constant expansion of the markets in which we operate. The two highly technological initiatives launched over the past few months - b-ilty, the complete digital platform for credit and financial services for SMEs, and Quimmo, the innovative proptech - are proceeding as planned. If together with these new initiatives with a “tech” soul, we also consider illimitybank.com, which provides customers with top quality direct banking retail services, and HYPE, which continues to consolidate its leadership in the Italian fintech market, we can say that illimity is making significant additional strides in its ability to create technological platforms, which will be the driver of further growth and value creation for all our stakeholders. At the same time, the acquisition of Arec is an important step in reinforcing our positioning in UTP loan management with particular focus on the large-ticket corporate real estate segment and puts us in the right position for grasping the important business opportunities arising on this market in the future. Lastly, I am especially pleased with the new ESG ratings assigned to us by MSCI and Standard Ethics, which confirm the value of the decisions we have taken on sustainability issues from the start of the Bank’s activities and represent a stimulus to do even better”.

1 Related to the business originated by illimity, excluding the loan portfolio of the former Banca Interprovinciale.2 A pro-forma phased-in CET1 ratio to take account of the amendment to article 127 of Regulation (EU) No.575/2013 (the “CRR”) on the weighting of unsecured NPEs effective from the beginning of July 2022 with an estimated impact of ca. 271 million euro on the basis of the balance at 30 June 2022.3 Source: “The Italian NPE Market – Wind of Change” issued in July 2022, data referred at 31 December 2021.4 Calculated as the ratio between loan loss provisions and net organic loans to customers at 30 June 2022 (2,031 million euro) for the Factoring, Cross-over, Acquisition Finance, Turnaround and b-ilty segments and loans purchased as part of investments in distressed credit portfolios that have undergone a passage of accounting status subsequent to acquisition or disbursement (excluding loans purchased as bad loans), the loan portfolio of the former Banca Interprovinciale and Senior Financing to non-financial investors in distressed loans. 5 Net Promoter Score (“NPS”) of illimitybank.com equal to 43 in second quarter 2022 (with market average equal to 1).6 Considering also deals signed on 4 August 2022, whose execution is subject to the positive conclusion of the authorisation process with the Supervisory Authority. 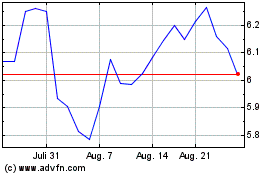 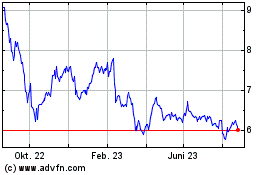 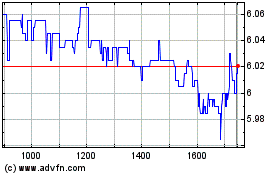