ADF GROUP INC. ("ADF" or the "Corporation") (TSX: DRX), a North American leader in the fabrication of steel superstructures, recorded revenues of $68.0 million in the first quarter ended April 30, 2022, compared with $50.4 million for the same period a year earlier.

Adjusted earnings before interest, taxes, depreciation and amortization (Adjusted EBITDA) (2) at $5.6 million is $0.5 million lower than as at April 30, 2021. The quarter ended April 30, 2021, benefited from a COVID-related grant totalling $1.9 million which improved gross margin by $1.6 million or 3.2% of revenues, and reduced selling and administrative expenses by $0.3 million. Excluding this subsidy, gross margin, as a percentage of revenues, for the quarters ended April 30, 2022 and 2021, would have been similar, while adjusted EBITDA as at April 30, 2022, would have been $1.4 million higher than at the same date a year earlier.

Financial Highlights (In thousands of dollars, and dollars per share)

On June 7, 2022, the Corporation announced the signing of new major contracts, all in the automotive sector in the U.S. Midwest region, with a total value of $90.0 million.

These new orders consist in the fabrication, including the supply of raw materials (steel) and industrial coating, as well as the design and engineering of connections, and the delivery of steel structures used in the construction of new large surface industrial facilities. Fabrication work on these new projects characterized by high tonnage and tight completion schedules, will begin in the coming weeks at ADF's Terrebonne plant, and is scheduled to extend until the first quarter of the fiscal year ending January 31, 2024.

Mr. Jean Paschini, Chairman of the Board of Directors and Chief Executive Officer, indicated "the results for the quarter ended April 30, 2022, are encouraging. While our operational efficiency was affected by the installation and commissioning of our new automated equipment, which temporarily impacted our margins downward, our quarterly revenues have nonetheless recorded an increase compared with the same period last year, and we have also been able to achieve an adequate net income."

The conference call (audio) will also be available at www.adfgroup.com. Members of the media are invited to listen in.

Shareholders are encouraged to vote on the matters before the meeting by proxy and to view the meeting online by way of a live webcast. Shareholders will be able to submit questions to management of the Corporation through the webcast at any time and at the conclusion of the Meeting. To this end, a dialogue box will be available at the bottom of the screen allowing registered shareholders to write their questions.

About ADF Group Inc. | ADF Group Inc. is a North American leader in the design and engineering of connections, fabrication, including the application of industrial coatings, and installation of complex steel structures, heavy steel built-ups, as well as in miscellaneous and architectural metals for the non-residential infrastructure sector. ADF Group Inc. is one of the few players in the industry capable of handling highly technically complex mega projects on fast-track schedules in the commercial, institutional, industrial and public sectors. The Corporation operates two fabrication plants and two paint shops, in Canada and in the United States, and a Construction Division in the United States, which specializes in the installation of steel structures and other related products.

Forward-Looking Information | This press release contains forward-looking statements reflecting ADF's objectives and expectations. These statements are identified by the use of verbs such as "expect" as well as by the use of future or conditional tenses. By their very nature these types of statements involve risks and uncertainty. Consequently, reality may differ from ADF's expectations.

Non-GAAP Financial Measures and Other Financial Measures | Are measures derived primarily from the consolidated financial statements, but are not a standardized financial measure under the financial reporting framework used to prepare the Corporation's financial statements. Therefore, readers should be careful not to confuse or substitute them with performance measures prepared in accordance with GAAP. In addition, readers should avoid comparing these non-GAAP financial measures to similarly titled measures provided or used by other issuers. The definition of these indicators and their reconciliation with comparable International Financial Reporting Standards measure is as follows:

Adjusted EBITDA shows the extent to which the Corporation generates profits from operations, without considering the following items:

Net income is reconciled with adjusted EBITDA in the table below:

Gross Margin as a Percentage of Revenues 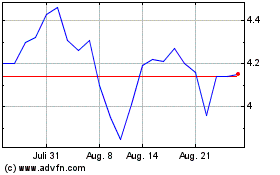 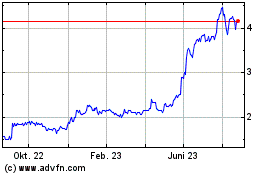 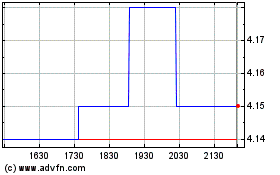