Allied Properties Real Estate Investment Trust ("Allied") (TSX: "AP.UN") today announced results for its fourth quarter and year ended December 31, 2021. “2021 was a strong year operationally and financially for Allied,” said Michael Emory, President & CEO. “FFO per unit came in at $2.405 and AFFO per unit at $2.091, in both cases at record levels and at the high end of the range contemplated in our internal forecast. NAV per unit was $50.30 at year-end, up 3.6% from year-end 2020. Leasing activity exceeded our expectations for the year, with the result that our average in-place net rent per occupied square foot rose in all four quarters, finishing at $24.64 in the fourth quarter compared to $23.88 in the comparable quarter last year.

Gross quarterly rent billed in the fourth quarter was $175.5 million. 1.4% of the total amount due derives from parking use, 8.0% from retail use, 16.2% from urban-data-centre (UDC) use and 74.5% from office use. Allied collected 97.6% of the total amount due in the quarter and afforded deferrals aggregating $4.2 million, primarily to storefront retail users, at least $1.5 million of which Management expects to collect from the Canada Emergency Rent Subsidy (CERS) and other government subsidies. Management continues the process of scaling down its pandemic-related deferral program through extensive case-by-case discussions with Allied’s storefront retail users, most of which are exceptionally well located in downtown Toronto. Accordingly, Allied did not adjust its general provision in the quarter, which remains $3 million. Allied has not yet utilized any portion of this provision.

Allied renewed or replaced leases for 30.9% of the space that matured in the quarter, considerably lower than normal because of the known non-renewals at Cité Multimedia in Montréal. This resulted in the following overall increases in net rent per square foot from the affected space: (i) 9.4% in the first year of the new term compared to the last year of the prior term; and (ii) 18.3% on the annual average in the new term compared to the annual average in the prior term. It also resulted in a weighted-average lease term of 5.6 years for the entire rental portfolio.

Allied’s financial and operating results are summarized below:

(1) This measure is presented on an IFRS basis.(2) This is a non-IFRS measure. Refer to the Non-IFRS Measures section below and on page 14 of the Management's Discussion and Analysis of Results of Operations and Financial Condition (the "MD&A") as at December 31, 2021.(3) For the three months and year ended December 31, 2021, Allied incurred $721 and $52,610, respectively (December 31, 2020 - $nil and $nil, respectively) of financing prepayment costs in connection with the favourable refinancing of unsecured debentures and first mortgages.(4) Prior to Q4 2021, the comparative figures for investment properties, total assets, and rental revenue were reported on a proportionate share basis. The comparative figures for the prior period have been revised to an IFRS basis.(5) Prior to Q4 2021, the comparative figure for net income excluding fair value adjustments and financing prepayment costs was calculated on a proportionate share basis. The comparative figure for the prior period has been revised to be calculated on an IFRS basis.(6) Net asset value per Unit is calculated as follows: total Unitholders' equity as at the corresponding period ended, (per the consolidated balance sheets) divided by the actual number of Units outstanding at period end.

The operating results are summarized below:

Allocation of Capital and Funding

Allied completed its acquisition of the Dominion Building in Vancouver in the fourth quarter. It will enhance Allied’s ability to provide distinctive urban workspace to the growing ecosystem of knowledge-based organizations in the area of Downtown Vancouver east of Granville Street.

Allied continues to allocate large amounts of capital to development activity with completion and return estimates remaining intact. Management estimates that current developments will increase Allied’s annual EBITDA by approximately $80 million upon stabilization of occupancy with an expected timeframe of three to five years, and have a weighted average lease term of 12.4 years.

Allied’s internal forecast for 2022 calls for low-to-mid-single-digit percentage growth in each of same-asset NOI, FFO per unit and AFFO per unit. While Allied does not forecast NAV per unit growth, it does expect to propel further growth in 2022. Allied also expects to allocate a large amount of capital in 2022 with the same strategic coherence and discipline it demonstrated in prior years.

Allied continues to have deep confidence in, and commitment to, its strategy of consolidating and intensifying distinctive urban workspace and network-dense UDCs in Canada’s major cities. Allied firmly believes that its strategy is underpinned by the most important secular trends in Canadian and global real estate. Allied also firmly believes that it has the properties, the financial strength, the people and the platform necessary to execute its strategy for the ongoing benefit of its unitholders and other constituents.

Non-IFRS MeasuresManagement uses financial measures based on International Financial Reporting Standards ("IFRS") and non-IFRS measures to assess Allied's performance. Non-IFRS measures do not have any standardized meaning prescribed under IFRS, and therefore, should not be construed as alternatives to net income or cash flow from operating activities calculated in accordance with IFRS. Refer to the Non-IFRS Measures section on page 14 of the MD&A as at December 31, 2021, available on www.sedar.com, for an explanation of the composition of the non-IFRS measures used in this press release and their usefulness for readers in assessing Allied's performance. Such explanation is incorporated by reference herein.

The following tables reconcile the non-IFRS measures to the most comparable IFRS measures for the three months and year ended December 31, 2021 and the comparable periods in 2020. These terms do not have any standardized meaning prescribed under IFRS and may not be comparable to similarly titled measures presented by other publicly traded entities.

Same Asset NOISame asset NOI, a non-IFRS measure, is measured as the net operating income for the properties that Allied owned and operated for the entire duration of both the current and comparative period. Same asset NOI of the assets held for sale for the three months and year ended December 31, 2021, consists of three investment properties that Allied classified as assets held for sale on September 30, 2021 and intends to sell to third parties within the next nine months. The following table reconciles Allied's same asset NOI to operating income for the three months and years ended December 31, 2021, and December 31, 2020.

(1) This amount represents interest expense on Allied's joint venture investment in TELUS Sky and is not capitalized under IFRS, but is allowed as an adjustment under REALPAC's definition of FFO.

(1) This amount represents interest expense on Allied's joint venture investment in TELUS Sky and is not capitalized under IFRS, but is allowed as an adjustment under REALPAC's definition of FFO.

This press release may contain forward-looking statements with respect to Allied, its operations, strategy, financial performance and condition and the expected impact of the global pandemic and consequent economic disruption. These statements generally can be identified by use of forward-looking words such as "forecast", “may”, “will”, “expect”, “estimate”, “anticipate”, “intends”, “believe” or “continue” or the negative thereof or similar variations. Allied’s actual results and performance discussed herein could differ materially from those expressed or implied by such statements. Such statements are qualified in their entirety by the inherent risks and uncertainties surrounding future expectations, including the effect of the global pandemic and consequent economic disruption. Important factors that could cause actual results to differ materially from expectations include, among other things, general economic and market factors, competition, changes in government regulations and the factors described under “Risk Factors” in Allied’s Annual Information Form which is available at www.sedar.com. The cautionary statements qualify all forward-looking statements attributable to Allied and persons acting on its behalf. Unless otherwise stated, all forward-looking statements speak only as of the date of this press release, and Allied has no obligation to update such statements. 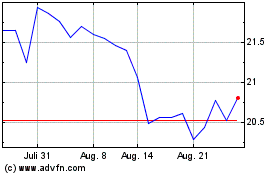 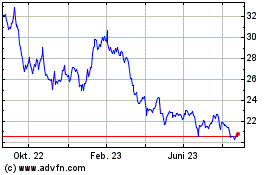 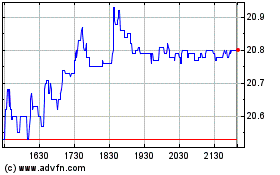