3,68
0,00 (0,0%)
Upgrade auf Real-Time
Nach Stunden (Geschlossen)
3,68
Current Report Filing (8-k)
29 Juni 2022 - 02:35PM
Edgar (US Regulatory)
false0001006837295 Madison Avenue12th FloorNew YorkNY00010068372022-06-242022-06-24
UNITED STATES
SECURITIES AND EXCHANGE COMMISSION
WASHINGTON, D.C. 20549
FORM 8-K
CURRENT REPORT
Pursuant to Section 13 or 15(d) of the Securities Exchange Act of 1934
INNOVATE CORP.
(Exact name of registrant as specified in its charter)
Former name or former address, if changed since last report
Check the appropriate box below if the Form 8-K filing is intended to simultaneously satisfy the filing obligation of the registrant under any of the following provisions (see General Instruction A.2. below):
Securities registered pursuant to Section 12(b) of the Act:
Indicate by check mark whether the registrant is an emerging growth company as defined in as defined in Rule 405 of the Securities Act of 1933 (§230.405 of this chapter) or Rule 12b-2 of the Securities Exchange Act of 1934 (§240.12b-2 of this chapter).
Item 3.01. Notice of Delisting or Failure to Satisfy a Continued Listing Rule or Standard; Transfer of Listing.
On June 24, 2022, INNOVATE Corp. (the “Company”) notified the New York Stock Exchange (“NYSE”) that the Company was no longer in compliance with Section 303A.07(a) of the NYSE Listed Company Manual (the “NYSE Manual”) corporate governance standards, which requires, among other things, that the audit committee of a listed company have at least three independent directors. Following the appointment of Brian Goldstein as described in Item 5.02 of this Form 8-K, the Audit Committee of the Board of Directors of the Company (the “Board”) has two independent directors. The Company is continuing to identify independent director candidates and intends to complete the process as soon as practicable.
Item 5.02. Departure of Directors or Certain Officers; Election of Directors; Appointment of Certain Officers; Compensatory Arrangements of Certain Officers
On June 28, 2022, the Board appointed Brian Goldstein as a director to fill one of the vacancies on the Board and decreased the size of the Board from six directors to five directors in accordance with the Company’s Bylaws. Following the appointment of Mr. Goldstein, the Board currently consists of four members, three of whom are independent, with one remaining vacancy.
Mr. Goldstein will serve as a director until the Company’s 2023 Annual Meeting of Stockholders and until his successor is duly elected and qualified or until his earlier death, resignation or removal. In addition, Mr. Goldstein was appointed to serve as the Chairman of the Audit Committee and as a member of the Compensation Committee and the Nominating and Governance Committee.
The Board has determined that Mr. Goldstein qualifies as an independent director under the applicable rules of the NYSE and the rules and regulations of the Securities and Exchange Commission (“SEC”). There are no transactions between the Company and Mr. Goldstein that would require disclosure under Item 404(a) of Regulation S-K. Mr. Goldstein will participate in the Company’s compensation program for non-employee directors as described under the caption “Compensation of Directors” in the definitive proxy statement for the Company’s 2022 Annual Meeting of Stockholders filed with the SEC on April 27, 2022. The Company will also enter into an indemnification agreement with Mr. Goldstein in the form attached as Exhibit 10.12 to the Company’s most recent Annual Report on Form 10-K. Mr. Goldstein will also continue to serve as a director on the Board of DBM Global Inc., a subsidiary of the Company, where he has served since 2021.
Item 7.01. Regulation FD Disclosure.
On June 29, 2022, the Company issued a press release announcing Mr. Goldstein’s appointment to the Board. The press release related to this announcement is attached hereto as Exhibit 99.1.
The information above is being furnished, not filed, pursuant to Item 7.01 of Form 8-K. Accordingly, the information in Item 7.01 of this Form 8-K, including Exhibit 99.1, shall not be deemed “filed” for purposes of Section 18 of the Securities Exchange Act of 1934 (the “Exchange Act”) or otherwise subject to the liabilities under that Section and shall not be deemed to be incorporated by reference into any filing of the Company under the Securities Act of 1933, as amended, or the Exchange Act, unless specifically identified therein as being incorporated by reference.
Item 9.01. Financial Statements and Exhibits.
(d) Exhibits
SIGNATURES
Pursuant to the requirements of the Securities Exchange Act of 1934, the registrant has duly caused this report to be signed on its behalf by the undersigned hereunto duly authorized.
Date: June 29, 2022
HC2 (NYSE:HCHC)
Historical Stock Chart
Von Nov 2022 bis Dez 2022 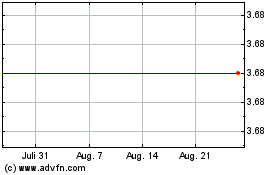 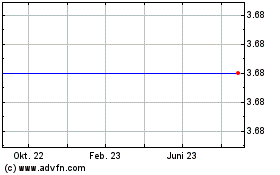 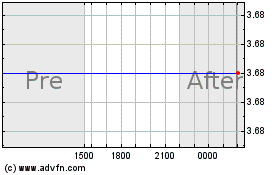