THIS ANNOUNCEMENT AND THE INFORMATION CONTAINED HEREIN, IS RESTRICTED AND IS NOT FOR RELEASE, PUBLICATION OR DISTRIBUTION, IN WHOLE OR IN PART, DIRECTLY OR INDIRECTLY, IN, INTO ANY MEMBER STATE OF THE EUROPEAN ECONOMIC AREA, THE UNITED STATES (OR TO ANY U.S. PERSON), CANADA, JAPAN, AUSTRALIA, THE REPUBLIC OF SOUTH AFRICA, OR ANY OTHER JURISDICTION WHERE TO DO SO WOULD CONSTITUTE A VIOLATION OF THE RELEVANT LAWS OR REGULATIONS OF THAT JURISDICTION.

Borders & Southern (AIM: BOR), the London based independent oil and gas exploration company with assets offshore the Falkland Islands, is pleased to announce that it has raised GBP2.5 million, before expenses to advance studies in its 100% Darwin Gas Condensate discovery. The fundraising comprises a Firm Placing, using existing pre-emptive allotment authorities and a Conditional Placing and a Conditional Subscription, both conditional on shareholder approval to disapply pre-emption rights.

The fundraising will comprise, subject to the necessary shareholder approval being granted, the issue, in aggregate of 142,857,138 is new ordinary shares in the Company ("Ordinary Shares") at a price of 1.75 pence (the "Issue Price") per new Ordinary Share (the "Fundraising"). The Issue Price is an approximate 44 per cent. discount to the Company's closing price of 3.15 pence on 30 November 2022.

Highlights of the Fundraising:

-- The Company is committed to advancing its 100% interest in its large Gas Condensate discovery at its Darwin asset, which contains over 3.2 TCF GIP (unrisked, Best Estimate) and 462 MMbbl of Liquids designated Contingent & Prospective Resources (unrisked, Best Estimate), split across Darwin East & West, and as independently assessed under the SPE PRMS Standard

-- Scoping project economics by Management suggest that a phased development project with initial production of 26,000 bbl/d from Darwin East could deliver NPV(10) of $4/bbl to $10/bbl dependent on oil price (range $60 to $90 per barrel).

The proceeds of the Fundraising will be used to fund the Company's Licence fees, Discovery Area fees, technical and commercial studies, general & administrative expenses and, more generally, to advance the Company's Darwin project towards appraisal.

"This Fundraising will allow us to advance further technical and commercial studies for a potential appraisal and development of Darwin via a conventional FPSO and phased development concept.

"This is a period of elevated world-wide energy prices and increasing global E&P activity and Darwin is a large undeveloped discovery with attractive scoping economics. We look forward to reporting on the phased development concept as our studies progress.

"We would like to thank existing shareholders and new investors for their support in the Fundraising."

The Company is to utilise current allotment authorities to deliver the Firm Placing. The Company requires further authorities to deliver the Conditional Placing and the Conditional Subscription and a general meeting to provide these authorities (the "General Meeting") will be held on or about 20 December 2022. A circular to convene the General Meeting will be circulated to shareholders of the Company shortly. The General Meeting will propose resolutions to shareholders to grant the board authority to allot each of the Conditional Placing Shares and the Conditional Subscription Shares are on a non-pre-emptive basis and to provide a further general authority on a non-pre-emptive basis until the annual general meeting for the Company to be held in 2023 to replace those authorities which will have been utilised by the Firm Placing. Once published, the circular will be available to download from the Company's website. It is important that shareholders lodge their votes in advance of the General Meeting through submission of their proxy votes. A further announcement will be made on publication of the Circular.

Harry Dobson, the Company's Non-Executive Chairman, is the sole participant in the Conditional Subscription, details on which are outlined below:

The participation in the Conditional Subscription by Harry Dobson is a related party transaction for the purposes of AIM Rule 13 of the AIM Rules for Companies due to Mr Dobson being a director of the Company, and a Substantial Shareholder. The Directors of the Company independent of Mr Dobson consider, having consulted with Strand Hanson Limited, the Company's Nominated Adviser, that the terms of the Conditional Subscription are fair and reasonable in so far insofar as the Company's shareholders are concerned.

Following First Admission (of the Firm Placing Shares), the total issued share capital of the Company will consist of 693,671,599 Ordinary Shares each with voting rights. The Company does not hold any Ordinary Shares in treasury. Therefore, the total number of voting rights in the Company will be 693,671,599 and this is the figure may be used by shareholders as the denominator for the calculations by which they will determine if they are required to notify their interest in, or a change in their interest in, the share capital of the Company under the FCA's Disclosure Guidance and Transparency Rules.

Borders & Southern Petroleum plc is an oil & gas exploration company listed on the London Stock Exchange AIM (BOR). The Company operates and has a 100% interest in three Production Licences in the South Falkland Basin covering an area of nearly 10,000 square kilometres. The Company has acquired 2,517 square kilometres of 3D seismic and drilled two exploration wells, making a significant gas condensate discovery with its first well.

This information is provided by RNS, the news service of the London Stock Exchange. RNS is approved by the Financial Conduct Authority to act as a Primary Information Provider in the United Kingdom. Terms and conditions relating to the use and distribution of this information may apply. For further information, please contact rns@lseg.com or visit www.rns.com.

RNS may use your IP address to confirm compliance with the terms and conditions, to analyse how you engage with the information contained in this communication, and to share such analysis on an anonymised basis with others as part of our commercial services. For further information about how RNS and the London Stock Exchange use the personal data you provide us, please see our Privacy Policy. 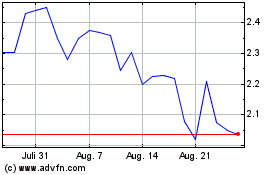 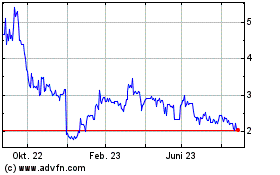 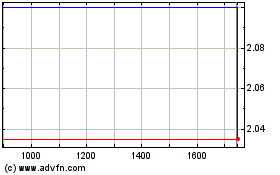