0,02304
0,00015 (0,66%)
Real-Time
Markt Geöffnet
0,02304
VeChain Foundation Announces New Stablecoin, Could It Create Fresh Demand For VET?
03 Januar 2022 - 07:00PM
NEWSBTC
The VeChain Foundation has started 2022 with a potential major announcement. Via their official Twitter handle, the organization hinted at the possible released of a new native stablecoin called VeUSD. Related Reading | VeChain Foundation Welcomes New DEX To Its Ecosystem The Foundation little details on this new product but announced its followers that it’ll be “something special (…). Something that will allow us to take VeChainThor to the next level in multiple ways”. The stablecoin VeUSD will be a tool to “unleash” DeFi capabilities for the VeChain ecosystem. The digital asset, according to the official post, was designed following core principles of this ecosystem: sustainability, versatility, scalability. The blockchain VeChainThor seemed to have been preparing for these new era of DeFi for a while. As NewsBTC reported, 3 months ago this network was upgraded after a community vote approved the implementation of Proof-of-Authority (PoA) 2.0. Designed to support a “new wave of blockchain mass adoption”, according to the VeChain Foundation, the update was supposed to mitigate any tradeoffs on the consensus layer for the blockchain VeChainThor. At the time, the organization said: (…) the VeChain Research and Development teams have been working on a massive upgrade of the VeChainThor blockchain called SURFACE (PoA 2.0), standing for a Secure, Use-case-adaptive, Relatively Fork-free Approach of Chain Extension. In that sense, VeUSD could become one of the first products to leverage the power of this blockchain post the update. VeChain’s Own Stablecoin, Potential Benefits And Concerns The VeChain community celebrated the announcement. Recently, a user called “EffortCapital” proposed the possibility for the Foundation to create an algorithmic stablecoin, such as LUNA with VeThor Energy (VTHO) as collateral. Thus, creating a burning mechanism, similar to the one introduced in Terra with the Colombus-5 upgrade. This mechanism supports a constant demand for the underlying asset and contributes with its appreciation. Proposal for #Vechain Foundation to create an algorithmic stablecoin backed by $VTHO seignorage style (like LUNA). More VUSD demand -> burn VTHO -> value accrual to $VET@PeterZh47977516 @sunshinelu24 — D⚡️ (🏌🏻,⛳️) (@EffortCapital) December 30, 2021 This idea saw interest from Sunny Lu, CEO at VeChain. Via Twitter, he asked the community for a tokenomics design for the potential token. However, not everyone in the community agrees with a stablecoin as the one announced by the Foundation. Some believe VeUSD could change the dynamics in the ecosystem and replaced VTHO, the utility used to power transactions on this blockchain. Other straight out said that the Foundation and the blockchain has “failed to fulfill their core products”. The network has been implemented in supply chains, and other corporate sectors, but is has rarely focused on developing a DeFi ecosystem. This approach seems to be changing, as mentioned, with the new upgrades, the DeFi related products, and the stablecoin. Despite the detractors, most users seem to have taken the announcement as bullish. Related Reading | VET Breaks Major Trend Line, Why VeChain Could See Massive Explosion The Foundation will share more details in days to come, until then everything remains as speculation. As of press time, VET trades at $0.085 with a 1.95% loss in the past day.
VeChain Token (COIN:VETUSD)
Historical Stock Chart
Von Sep 2022 bis Okt 2022 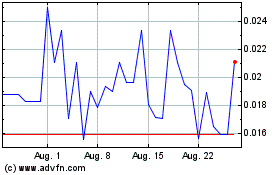 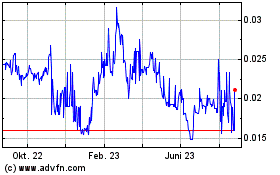 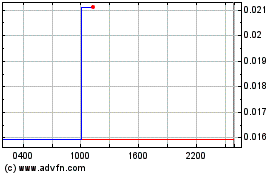