The H2 Racing Truck® will land in Genoa on March 10 before touring France, Belgium, and the United States

GAUSSIN (EURONEXT GROWTH ALGAU - FR0013495298), a pioneer in the clean and intelligent transport of goods and people, today announced the world tour of its H2 Racing Truck®, the world's first hydrogen-powered truck, which completed the Dakar Rally in Saudi Arabia in January 2022. The H2 Racing Truck® will make stops in several European countries starting in March, before crossing the Atlantic to be exhibited throughout the United States in April.

After its successful run in the Dakar Rally in January 2022 in Saudi Arabia, and a tour of the country that continued GAUSSIN's Saudi journey, the H2 Racing Truck – the first hydrogen truck to complete the storied and challenging rally – will be exhibited internationally. "The interest in our truck is enormous, from journalists, public authorities, connoisseurs of the challenges of the energy transition, and above all from many industry players, enthralled by our technology," says Christophe Gaussin, CEO of the GAUSSIN Group.

The H2 Racing Truck is going to land in Europe:

- in Paris from March 13-15. - at GAUSSIN's headquarters in Héricourt, from March 17-28 during the Open Days and Investor Days.

The truck will then cross the Atlantic to be displayed in the United States, where it will serve as a technological showcase for GAUSSIN. It will be:

The H2 Racing Truck will travel the country from coast to coast and should pass through:

The truck will continue its international journey, including a stop in Vancouver, Canada. This tour promises to be an opportunity for the Group to strengthen its partnerships with American industry players, with the aim of signing new licensing agreements.

During the various stages of the tour, spectators will be able to take pictures of the H2 Racing Truck, meet the “co-pilots”, and learn more about the technology of the hydrogen truck. The truck will also be accompanied by other vehicles from the GAUSSIN range, including the APM, the ATM and the Cit-e (ex-Bluebus).

A hydrogen truck with proven performance

The H2 Racing Truck, the most powerful 100% hydrogen and electric racing truck ever built, performed an exceedingly successful showcase at the 2022 Dakar Rally. It ran from the Red Sea, in Jeddah, through the Kingdom of Saudi Arabia traversing to Hail, Al Artawiyah, Al Qaisumah, Riyadh, Al Dawadimi, Wadi Ad Dawasir, Bisha and returning in the final sprint of the race to Jeddah, where it all began. The team for the H2 Racing Truck consisted of a crew driven by a Dakar winner, Philippe Jacquot pilot, and included Christophe GAUSSIN, CEO of GAUSSIN, as racing team manager. This heavy class 8 truck was entered in the experimental category of the Dakar 2022 for new clean energies. It was designed for extreme environments and was intended to demonstrate the performance and reliability of the hydrogen-electric motorization developed by GAUSSIN.

The H2 Racing Truck is a showcase of GAUSSIN's latest innovations. Unlike the solutions currently available on the market, the implementation of the hydrogen system has been developed on the basis of an ultra-light chassis, designed around the hydrogen and electric powertrain and based on the modular skateboard launched last April by GAUSSIN (see April 27, 2021 press release). It is the precursor of GAUSSIN's new range of 100% hydrogen and electric road trucks, designed by PININFARINA, which will be marketed this year and of which it is the first model. While obtaining the truck's registration to drive on European roads was a first success, the H2 Racing Truck®'s successful run in the Dakar Rally is an undeniable highlight for attracting new partners and customers on the market. Winning new licensing agreements is one of GAUSSIN's stated objectives in the context of its participation in the Dakar, and several promising relationships have been established during the race.

GAUSSIN is an engineering company that designs, assembles and sells innovative products and services in the transport and logistics field. Its expertise encompasses cargo and passenger transport, autonomous technologies allowing for self-driving solutions such as Automotive Guided Vehicles, and the integration all types of batteries, electric and hydrogen fuel cells in particular. With more than 50,000 vehicles worldwide, GAUSSIN enjoys a strong reputation in four fast-expanding markets: port terminals, airports, logistics and people mobility. The group has developed strategic partnerships with major global players in order to accelerate its commercial penetration: Siemens Postal, Parcel & Airport Logistics in the airport field, Bolloré Ports and ST Engineering in ports and Bluebus for people mobility. GAUSSIN has broadened its business model with the signing of license agreements accelerating the diffusion of its technology throughout the world. The acquisition of METALLIANCE confirms the emergence of an international group present in all segments of intelligent and clean vehicles. 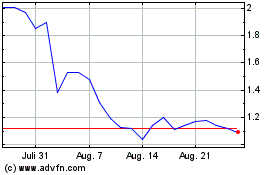 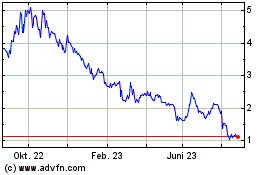 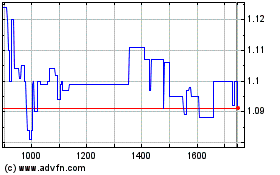