(a) In connection with the preparation of the financial statements of Waverley Capital Acquisition Corp. 1, a Cayman Islands exempted company (the “Company”), as of and for the three months ended September 30, 2021, the Company’s management became aware of informal communications between the staff of the Securities and Exchange Commission and certain other registrants and their independent registered public accounting firms. Once aware of these communications, the Company’s management re-evaluated the Company’s application of Accounting Standards Codification Topic 480, “Distinguishing Liabilities from Equity” (“ASC 480”) to its accounting classification of the redeemable Class A ordinary shares, par value $0.0001 per share, of the Company (the “Public Shares”) issued as part of the units sold in the Company’s initial public offering (the “Initial Public Offering”). The Company had previously classified a portion of the Public Shares in permanent equity because, although the Company did not specify a maximum redemption threshold, the Company’s amended and restated memorandum and articles of association provides that the Company will not redeem the Public Shares in an amount that would cause its net tangible assets to be less than $5,000,001. Based on such re-evaluation, the Company’s management determined that, in accordance with ASC 480, redemption provisions not solely within the control of the Company would require ordinary shares subject to redemption to be classified outside of permanent equity and therefore all of the Public Shares subject to redemption should be classified outside of permanent equity.

The Company does not expect any of the above changes will have any impact on its cash position and cash held in the trust account established in connection with the Initial Public Offering.

The Audit Committee and the Company’s management have discussed the matters disclosed in this Current Report on Form 8-K with Marcum, the Company’s independent registered public accounting firm.

Pursuant to the requirements of the Securities Exchange Act of 1934, as amended, the registrant has duly caused this report to be signed on its behalf by the undersigned hereunto duly authorized. 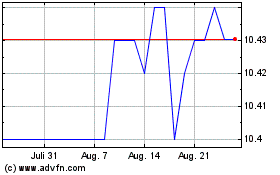 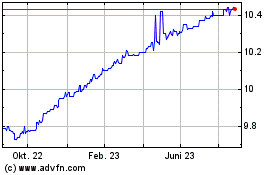 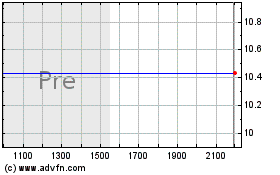