By virtue of the spin-off, AMX will contribute to Sitios Latinoamérica, S.A.B. de C.V. (“Sitios Latam”) a portion of its capital stock, assets and liabilities, mainly consisting in the shares of AMX’s subsidiaries holding telecommunications towers and other associated infrastructure.

The spin-off is subject to customary conditions and adjustments for corporate reorganizations and shall comply with applicable requirements under the laws of Mexico and of the jurisdictions where the telecommunications towers are located.

This press release contains certain forward-looking statements that reflect the current views and/or expectations of AMX and its management with respect to its performance, business and future events. We use words such as “believe,” “anticipate,” “plan,” “expect,” “intend,” “target,” “estimate,” “project,” “predict,” “forecast,” “guideline,” “should” and other similar expressions to identify forward-looking statements, but they are not the only way we identify such statements. Such statements are subject to a number of risks, uncertainties and assumptions. We caution you that a number of important factors could cause actual results to differ materially from the plans, objectives, expectations, estimates and intentions expressed in this release. AMX is under no obligation and expressly disclaims any intention or obligation to update or revise any forward-looking statements, whether as a result of new information, future events or otherwise.

SIGNATURE
Pursuant to the requirements of the Securities Exchange Act of 1934, the registrant has duly caused this report to be signed on its behalf by the undersigned, thereunto duly authorized.
Date: September 29, 2021
America Movil SAB de CV (NYSE:AMX)
Historical Stock Chart
Von Apr 2022 bis Mai 2022 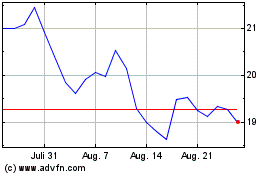 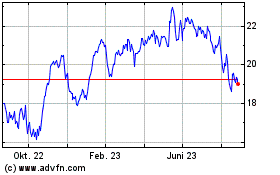 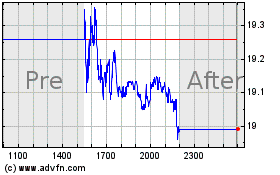