EV Technology Group Ltd. (the “Company” or “EV Technology Group”) (NEO: EVTG, OTCQB: EVTGF, DE: B96A) announces that its strategic partner MOKE International Limited (“MIL” or “MOKE International”) will bring the MOKE brand back to America after 40 years, with the more powerful and highway-legal Electric MOKE Californian – a zero-emissions reimagination of the original 1964 Mini Moke. MOKE International owns the original 1964 British Motor Corporation Moke trademarks and is recognized in over 100 jurisdictions as the owner of the Moke brand.

The Electric MOKE Californian is hand-crafted in the United Kingdom to the same high specifications and standards as the Electric MOKE that recently went on sale in Europe, but its name is a US market-specific tribute to the 1977 Moke Californian – an uprated version of the Mini Moke that was sold in America and ceased production in 1982.

This is the first time a genuine version of the original Mini Moke has gone on sale in the US in more than four decades, and the first time a highway-legal version of the original Mini Moke has been available in America, with a top speed of 50mph (80kph). Fully charged, the Electric MOKE Californian offers a range of 80 miles (120km) – enough to cruise Route 101 down to Malibu Beach from Santa Barbara. A full charge takes four hours on a US Type 1 charger.

MOKE International is the first 1960s brand to go fully electric, reinventing the Mini Moke through zero-emissions technology to continue its legacy as a design icon and beloved beach accessory.

Isobel Dando, CEO MOKE International, said: “This is a momentous time for MOKE International. It’s great to be able to offer the US market a genuine MOKE car for the first time in 40 years. The original Moke Californian represented an incredibly important chapter in the company’s rich history; we are proud that the MOKE lives on and can be enjoyed in the electric era.”

Wouter Witvoet, Founder and CEO of EV Technology Group, said: “The MOKE Californian’s return to US soil solidifies our approach to electrifying iconic brands. As we partner with iconic brands such as MOKE, we don’t just help them to transition to electric, but most importantly we delve into the brands roots and help to continue to write its history. As a company traded in the US via the OTCQB, there has already been a lot of interest in seeing our vehicles live in the US, so we expect that this announcement will be met with great excitement.”

MOKE International, maker of the new Electric MOKE Californian, continues the legacy of the legendary Mini Moke, but reinvented for the electric era. The Mini Moke was born in the heartland of Britain’s automotive industry, created by the father of the Mini, Sir Alec Issigonis.

With prototypes built by the British Motor Corporation in 1959, developed under the codename ‘The Buckboard’, the Mini Moke was originally intended to be a lightweight military vehicle that could be parachuted into warzones and help troops traverse rough ground quickly. Marketed domestically as a utility wagon for farmers and workers, it quickly found legions of fans across the globe, especially in the South of France and Australia, where its rugged nature and open top design made it the ultimate beach shuttle. Loaded with surfboards and refreshments, with the wind running through your hair, life was for living.

Countless admirers including The Beatles, The Beach Boys and Brigitte Bardot – all seen driving the Mini Moke in glamorous seaside locations like the French Riviera and the Caribbean – cemented its status as an icon of the Swinging ‘60s.

While there were many variants of the original Mini Moke made before production ceased in 1993, perhaps the most exciting and desirable was the Moke Californian, which was sold in the US from 1977-1982. Styling-wise, it was a departure from the Mini Moke’s utilitarian look which made it popular with a young, fashion-conscious crowd in sun-drenched locations like Playa del Rey and Cayucos.

Still built in the UK, the new Electric MOKE Californian embodies all of the same qualities of the original – fun, freedom, fresh air – but plays its role in keeping some of the world’s most beautiful locations clean through zero-emissions technology.

Using a 44hp electric motor and weighing less than 800kg, the rear-wheel-drive Electric MOKE Californian covers 0-34mph (0-55kph) in 4.3 seconds and achieves a top speed of 50mph (80kph). A full charge takes just four hours via a Type 1 port and the Californian covers up to 80 miles of range on a single charge. Further details on when the Californian will go on sale in the US, as well as pricing, will follow in the coming weeks.

CEO and Chairman of the Board

EV Technology Group was founded in 2021 with the vision to electrify iconic brands – and the mission to redefine the joy of motoring for the electric age. By acquiring iconic brands and bringing beloved motoring experiences to the electric age, EV Technology Group is driving the EV revolution forward. Backed by a diversified team of passionate entrepreneurs, engineers and driving enthusiasts, EV Technology Group creates value for its customers by owning the total customer experience — acquiring and partnering with iconic brands with significant growth potential in unique markets, and controlling end-to-end capabilities. To learn more visit: https://evtgroup.com/

MOKE and the MOKE logo are trademarks or registered trademarks of MOKE International Limited in the European Union and other territories. MOKE International, a company registered in England, is the only manufacturer of genuine MOKE vehicles worldwide. The mark was acquired from Casti S.p.A. and derives from the original 1964 British Motor Corporation registration. The MOKE is a revitalized, re-engineered version of the iconic Mini Moke that was originally designed by the legendary Sir Alec Issigonis, the designer of the 1959 Mini, and launched in 1964. The Mini Moke was created as a low-cost and easy to maintain recreational and utility vehicle, but it quickly gained cult status in fashionable resorts such as the French Riviera and the Caribbean. It has been driven by Beatles, Bridget Bardot and James Bond alike. MOKE International has brought the Mini Moke into the modern age by integrating up-to-date driving technologies, including full electric power, while remaining faithful to the iconic design which made it a global hit in the 1960s. True to its heritage, MOKEs today are engineered and built in Northamptonshire, England. Production takes place at a 500,000sq ft state-of-the-art facility owned and operated by British automotive manufacturing services company, Fablink Group.

This news release contains forward-looking statements including, but not limited to: the specifications of and consumer demand for the Electric MOKE Californian. Often, but not always, these Forward-looking Statements can be identified by the use of words such as “estimated”, “potential”, “open”, “future”, “assumed”, “projected”, “used”, “detailed”, “has been”, “gain”, “planned”, “reflecting”, “will”, “containing”, “remaining”, “to be”, or statements that events, “could” or “should” occur or be achieved and similar expressions, including negative variations.

Forward-looking statements involve known and unknown risks, uncertainties and other factors which may cause the actual results, performance or achievements of the Company to be materially different from any results, performance or achievements expressed or implied by the Forward-looking Statements, including those factors discussed under “Risk Factors” in the filing statement of the Company. Although the Company has attempted to identify important factors that could cause actual actions, events or results to differ materially from those described in Forward-looking Statements, there may be other factors that cause actions, events or results to differ from those anticipated, estimated or intended.

A photo accompanying this announcement is available at https://www.globenewswire.com/NewsRoom/AttachmentNg/f7aae28b-f464-419f-96c6-28a017f34007 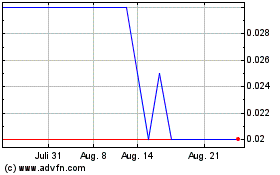 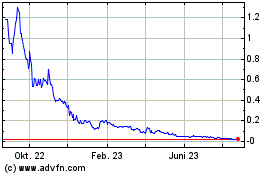 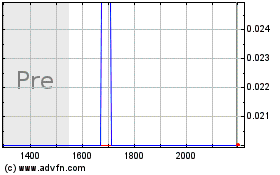