--Volkswagen AG is set to make as much as EUR400 million in profit from selling a load of natural gas it had purchased in advance and planned to use next year, Bloomberg reports, citing unnamed sources.

--The German car maker had planned to use the gas at its two power plants in Wolfsburg but due to price surges, it decided to sell it and stick to coal, the news outlet says.

--Volkswagen made the advance purchase as far back as 2020, when the market price was around EUR30 a megawatt-hour, according to Bloomberg. Gas futures on the hub now trade near EUR200/MWh. 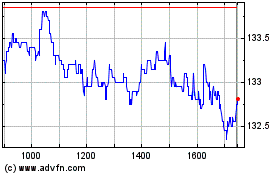