Uniper SE's shares reversed into positive territory late Tuesday amid reports that a deal to nationalize the struggling gas utility will be outlined in the coming days.

A provisional agreement between the German government, Uniper and its main shareholder Fortum Oyj has been reached and a statement is expected later this week, Bloomberg reported, citing unnamed sources.

Last week, Uniper said no decisions beyond what was agreed to in the stabilization package in July have been made, but that parties were looking into alternative solutions including a potential equity raise that would result in a significant majority participation by the state. 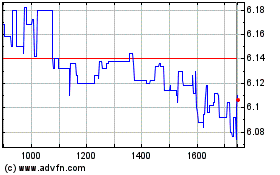