Irving Oil will use the electrolyzer to help with its goal of shifting its hydrogen production to low-carbon, or green hydrogen in the future – with the investment of the electrolyzer as an important first step on this journey. This supports the company’s commitment to leadership through the energy transition, reducing greenhouse gas emissions, and developing more sustainable energy solutions.

“Demand for green hydrogen is growing because companies that have relied on other forms of hydrogen are recognizing the viability of achieving net-zero carbon emission targets,” Andy Marsh, CEO of Plug, said. “Driven by our leading electrolyzer technology and unparalleled manufacturing capacity, we are honored that Irving Oil has chosen Plug to support its initial investment in electrolytic hydrogen production. We look forward to expanding the partnership.”

Irving Oil’s initial investment in a 5 MW unit offers the opportunity to explore the role of electrolyzer technology in driving emissions reductions at the Saint John refinery while also unlocking important new market opportunities, such as making hydrogen available for regional customers.

“We believe that low-carbon hydrogen production, use, and distribution will play an important role in our decarbonization journey,” said Irving Oil President Ian Whitcomb. “This foundational project will accelerate our company’s learning about hydrogen as a downstream product while creating a decarbonization pathway for our Saint John refinery.”

Plug’s 5 MW containerized electrolyzer system for the Saint John, New Brunswick refinery will be manufactured at Plug’s Gigafactory in Rochester, N.Y., the world’s first and largest PEM fuel cell and electrolyzer manufacturing Gigafactory. Following manufacturing, deployment of the technology at the oil refinery is expected in Q3 2023, and hydrogen production is expected to be fully operational by late 2023.

Plug has been a leader in PEM electrolysis technology for nearly 50 years and was recently named the number one hydrogen electrolyzer company by Guidehouse Insights. In May 2022, Plug secured the world’s largest electrolyzer order to date with H2 Energy Europe.

About PlugPlug is building an end-to-end green hydrogen ecosystem, from production, storage, and delivery to energy generation, to help its customers meet their business goals and decarbonize the economy. In creating the first commercially viable market for hydrogen fuel cell technology, the company has deployed more than 50,000 fuel cell systems and over 165 fueling stations, more than anyone else in the world. It is the largest buyer of liquid hydrogen. With plans to build and operate a green hydrogen highway across North America and Europe, Plug is building a state-of-the-art Gigafactory to produce electrolyzers and fuel cells and multiple green hydrogen production plants that will yield 500 tons of liquid green hydrogen daily by 2025. Plug will deliver its green hydrogen solutions directly to its customers and through joint venture partners into multiple environments, including material handling, e-mobility, power generation, and industrial applications. For more information, visit www.plugpower.com.

Plug Power Safe Harbor StatementThis communication contains “forward-looking statements” within the meaning of the Private Securities Litigation Reform Act of 1995 that involve significant risks and uncertainties about Plug Power Inc. (“PLUG”), including but not limited to statements about: the use of PLUG’s electrolyzer technology to enable Irving Oil to produce 2 tonnes of hydrogen per day for refining and mobility applications by late 2023; Irving Oil’s exploration of the role of PLUG’s PEM electrolyzer technology in driving emissions reductions at the Saint John refinery and other new market opportunities, such as making hydrogen available for regional customers. Such statements are subject to risks and uncertainties that could cause actual performance or results to differ materially from those expressed in these statements. For a further description of the risks and uncertainties that could cause actual results to differ from those expressed in these forward-looking statements, as well as risks relating to the business of PLUG in general, see PLUG’s public filings with the Securities and Exchange Commission (the “SEC”), including the “Risk Factors” section of PLUG’s Annual Report on Form 10-K for the year ended December 31, 2021 and any subsequent filings with the SEC. Readers are cautioned not to place undue reliance on these forward-looking statements. The forward-looking statements are made as of the date hereof, and PLUG undertakes no obligation to update such statements as a result of new information. 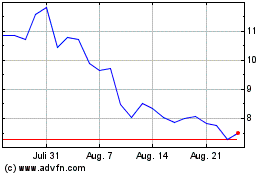 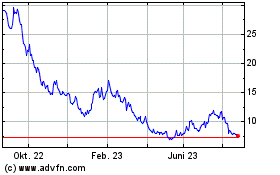 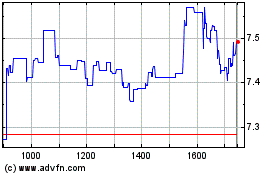