CALGARY, AB, Dec. 6, 2021 /CNW/ - Touchstone Exploration Inc. ("Touchstone", "we", "our", "us" or the "Company") (TSX: TXP) (LSE: TXP) is pleased to provide an update on the results of the first production test at our Royston-1 exploration well and provide data from the second test, both of which confirmed separate light oil discoveries.

As previously released, the first and deepest Royston-1 completion and exploration test was designed to evaluate an interval at the bottom of the well in the intermediate sheet of the Herrera Formation. The completion spanned a 92-foot gross interval (30 feet of net pay) below 10,434 feet that was identified on wireline logs as being hydrocarbon bearing. Following completion and a brief clean-up period to recover load fluid, the well was shut in and built to a pressure of 3,150 psi at surface (estimated 7,100 psi reservoir pressure). The interval was subsequently flowed up 3.5-inch tubing on a variety of choke sizes between 16/64 inches and 40/64 inches at rates up to 550 bbls/d. The recovered oil was light, sweet crude with an average 33-degree API (corrected to 60-degree Fahrenheit) with sampling throughout flow testing indicating an average 94% oil cut with some solution gas present but not measured. The configuration of the downhole assembly was not optimal for testing light oil given it was designed to test a potential liquids rich gas interval.

While we worked to suspend the initial production test to move uphole for the second test, the well continued to flow significant volumes of crude oil at high pressure from the intermediate sheet, and heavy weight mud was required to control the well before proceeding.

We completed our second production test in the lowermost portion of the overthrust sheet at depths between 9,878 and 10,148 feet with a gross 270 feet of section perforated (202 feet of net pay). Test two has established a light oil reservoir in the overthrust sheet of the Herrera Formation with flow rates of up to 430 bbls/d of total fluid observed. Testing indicated light, sweet crude oil with an average 30-degree API (corrected to 60-degree Fahrenheit), while build-up testing indicated a bottomhole reservoir pressure of 7,098 psi. Solution gas was also present on the test but was not measured.

The downhole assembly for the test was designed for a liquids rich natural gas test and again included the use of 3.5-inch tubing which was not ideal for the actual conditions encountered following completion. Unlike results from the first production test, during the second test the lower portion of the overthrust sheet produced with high water cuts averaging 90% throughout the flow test. We designed the completion with multiple intervals where production can be isolated and, in the future if a smaller tubing string is employed, we can segregate the interval to maximize crude oil production.

"We are excited to announce this further, large oil discovery at Royston-1. The results are the reason why we find the geology in Trinidad's hydrocarbon charged basin so exciting. This oil discovery will allow us greater flexibility for the pace of development of the project, as we have the opportunity to design production facilities while we are selling crude oil testing volumes.

I would encourage stakeholders to view our latest corporate presentation to fully understand the areal extent of the Royston structure and its potential. The presentation also provides a glimpse at the underlying Cretaceous exploration opportunity. We now have an exciting development project along with the upside from the remaining exploration in the subthrust sheet and the Cretaceous. Once we have completed the final production test at Royston-1, we intend to work to formulate a long term development plan, which is anticipated to include a number of wells and associated facilities."

Touchstone has now suspended the second test interval and is moving uphole to the third production test which will complete the upper most portion of the overthrust sheet. We have redesigned the third test in anticipation of a liquids test and will be using an idealized 2 7/8-inch tubing string to provide the opportunity to conduct a longer-term production test. We have also designed the program such that, if the final test is successful, the test two and test three intervals can be combined to complete a long-term production test from the entire overthrust sheet. During testing, oil volumes are being trucked to one of our existing sales facilities.

In the future we envision two additional wells to be drilled from the existing Royston surface location subject to required approvals. The prospects include Royston Deep-1, which will evaluate the entire Herrera section. As an exploration well, Royston Deep-1 would seek to establish the base of the oil zone in the intermediate thrust sheet as well as investigating the underlying subthrust Herrera reservoir. The second exploration prospect, Kraken-1, is targeting the deep Cretaceous turbidite sands.

"Trinidad continues to provide us with rich hydrocarbon opportunities as is evident from the latest test results at Royston. The unique opportunity at Royston is that we can design a production profile from day one that includes low emissions from reinjection of gas and/or produced water to maintain reservoir pressure and enhance recovery factors. We really do have two distinctly different oil plays to exploit in both the intermediate and overthrust sheets of the Herrera, and based on analogous pool data, we have a  template to optimize production and recoveries.

Additional exploration opportunities, including the Royston subthrust and the underlying Cretaceous prospects, provide exciting future drilling inventories to be investigated as we work to bring discovered reserves onto production. We are in an enviable position of having a multi-year exploration and development program ahead of us as we continue to grow in Trinidad."

Information Regarding the Offsetting Penal-Barrackpore Pool

The offsetting Penal-Barrackpore Herrera trend is located approximated 23 kilometres west of Royston and represents one of the largest known oil accumulations in southern Trinidad. Discovered in 1939, the Herrera sands in the trend are anticipated to recover up to 129 million barrels of 25 to 56-degree API oil and condensate along with over 600 Bcf of associated natural gas. The pools in the Penal-Barrackpore trend have hydrocarbon accumulations in the overthrust, intermediate, and subthrust sheets at depths between 6,000 and 10,000 feet and pressures between 3,900 and 6,900 psi, which is consistent with what we have observed in Royston and elsewhere in the Ortoire block. To date, based on available information, the overthrust sheet has produced over 31 million barrels of oil; the intermediate sheet has produced over 23 million barrels of oil; the subthrust has produced approximately 19 million barrels of oil; and all three sheets continue to produce today. Water cuts throughout Penal-Barrackpore range from zero to over 95% with the average water cut being between 30% and 40%.

Touchstone's updated corporate presentation is available on our website (www.touchstoneexploration.com).

Touchstone Exploration Inc. is a Calgary, Alberta based company engaged in the business of acquiring interests in petroleum and natural gas rights and the exploration, development, production and sale of petroleum and natural gas. Touchstone is currently active in onshore properties located in the Republic of Trinidad and Tobago. The Company's common shares are traded on the Toronto Stock Exchange and the AIM market of the London Stock Exchange under the symbol "TXP".

Information contained herein concerning the Penal-Barrackpore pool in Trinidad was based on data from publicly available industry sources as well as from resource reports, market research and industry analysis which the Company believes to be reasonable. However, this data is inherently imprecise, although generally indicative of relative oil and gas reservoir and performance characteristics. While the Company is not aware of any material misstatements regarding any industry data presented herein, the oil and natural gas industry involves numerous risks and uncertainties, and data is subject to change based on various factors.

References in this news release to production test rates and initial flow rates are useful in confirming the presence of hydrocarbons; however, such rates are not determinative of the rates at which the well will commence production and decline thereafter and are not indicative of long-term performance or of ultimate recovery. Additionally, such rates may also include recovered "load oil" fluids used in well completion stimulation. While encouraging, readers are cautioned not to place reliance on such rates in calculating the aggregate production for the Company. A final pressure transient analysis and/or well-test interpretation has yet to be carried out in respect of the well. Accordingly, the Company cautions that the production test results contained herein should be considered preliminary. 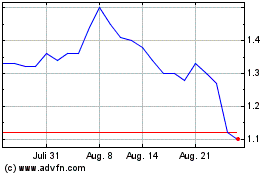