“These new beers are a celebration of the beloved West Coast-style IPAs, and our new packaging and branding reinforces our roots in San Diego, a special community that has consistently contributed to the prominent craft beer lifestyle. Green Flash is one of the original San Diego craft beers, and we’ll always have a deep connection to the people, coastline, and surrounding waters,” says Green Flash Creative and Brand Director, Aaron Grossman. “With our refreshed branding, we’re beyond excited to launch across the country and share the love of our WEST COAST IPA® craft beers.”

The addition of two new, year-round beers comes at an exciting time for Green Flash, as the brand is expanding its distribution across California and in new states, including Arizona, Colorado, Georgia, Minnesota, Ohio, Pennsylvania, Virginia, Wisconsin, and Minnesota, with plans to expand into nine additional eastern states in early 2023, including Alabama, Connecticut, the District of Columbia, Indiana, Maryland, Michigan, North Carolina, South Carolina, and Tennessee. Green Flash remains focused on bringing its specialty craft ales to new communities from coast to coast. Starting in December, all three beers will be available in Green Flash’s new WEST COAST IPA® Variety 24-pack at select wholesalers.

Green Flash’s new branding is designed to reconnect the brand with its proud roots. The packaging prominently features custom artwork by Matthew Jay Fleming, whose illustrations depict the vibrant San Diego coastline and capture the brilliance of the West Coast’s Green Flash, which is the optical phenomenon that occasionally occurs as the sun sets into the ocean below the horizon.

Part legend, part luck, the elusive green flash is a San Diego sensation. But to us, it’s more than a burst of brilliant green light as the sun sets into the sea — it’s a magical moment that signals the end of an extraordinary day and the start of an epic night. Green Flash pioneered a new style of beer with its iconic WEST COAST IPA® craft beer. Today, its talented brewing team is keeping Green Flash at the forefront of craft beer by innovating specialty ales that are uniquely Green Flash and introducing them to new beer enthusiasts around the country.

SweetWater Brewing Company is an Atlanta-based craft brewery living by the motto “Don’t Float the Mainstream!”. As the 10th largest craft brewery in the U.S., SweetWater beverages are crafted at two locations, the flagship SweetWater brewery and taphouse at 195 Ottley Drive in the heart of Atlanta, and a second location now open in Fort Collins, Colorado at 1020 E Lincoln Ave.

For more information about SweetWater Brewing and where to find SweetWater craft beverages, please visit www.sweetwaterbrew.com

For more information on Tilray Brands, visit www.Tilray.com and follow @Tilray on all social platforms.

A photo accompanying this announcement is available at https://www.globenewswire.com/NewsRoom/AttachmentNg/af095e4d-b74e-4131-83eb-7c638b11a8d3 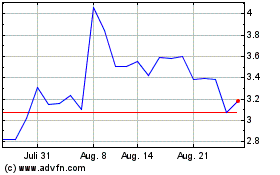 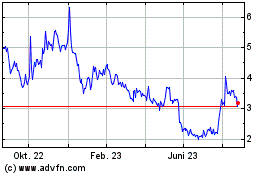 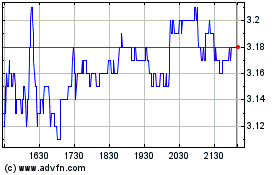