TransGlobe Energy Corporation (“TransGlobe” or the “Company”) announces an operations update. All dollar values are expressed in US dollars unless otherwise stated.

Compared to Q1, 2021, during the current quarter to date, production improved due to well optimization activities in Egypt, the full oil production impact of the SGZ-6X lower Bahariya recompletion, and return to production in Canada of 2-20 following the 13-16 completion and stimulation plus the latter’s production contribution.

Please see the table entitled “Production Disclosure” at the end of this news release for the detailed constituent product types and their respective quantities measured at the first point of sale for all production amounts disclosed in this news release on a Bopd and Boepd basis.

Following mobilization of the EDC-64 rig from the Western Desert, the Company drilled a development oil well in the Eastern Desert at West Bakr. The HW-8 development well was drilled to a total depth of 1,640.5 meters, successfully encountering oil-bearing sands in the Yusr-C and Bakr formations.

HW-8 was the first well in TransGlobe’s 12 well development program in 2021 designed to grow oil production and increase reserves in the Eastern Desert.

The second well in this program, K-64, a development well in the Eastern Desert at West Bakr, was drilled to a total depth of 1,538 meters, successfully encountering oil-bearing sands in the Asl-A, Asl-B and Asl-D formations.

The substantial capital investment in 2021 is supported by the Company’s previously disclosed merger of its three Eastern Desert concessions into a single agreement, currently awaiting ratification.

With stronger oil prices and spare capacity available in the South Ghazalat production facility, the Company is evaluating accelerated drilling of an exploration well on the SGZ-7B prospect to the east of SGZ-6X. The earliest SGZ-7B could be drilled is Q4, 2021.

Lease construction is progressing in support of the drilling of three 100% horizontal oil development wells (one 2-mile, two 1-mile) in the north of our exciting Cardium extension into the South Harmattan area. The first well of this back-to-back drilling program is expected to spud prior to month end.

“The Company is encouraged by our operating results to date both in Egypt and Canada. Utilization of a top-drive rig in Egypt has improved our overall drilling performance as we build experience towards our horizontal program kicking off early in 2022. The consolidated PSC ratification, expected in the 2H’21, is understood to be progressing through to parliamentary approval.  In Canada, the latest 2-mile South Harmattan well, directly adjacent to our original 2-20 well drilled in 2019, has come on within expectations which bodes well for our 3-well program beginning this month, and the estimated 86 one-mile locations in the South Harmattan area.  With our planned operations, rising oil prices and expected ratification, we look to be in for an exciting second half of 2021.”

Advisory on Forward-Looking Information and Statements

Certain statements included in this news release constitute forward-looking statements or forward-looking information under applicable securities legislation. Such forward-looking statements or information are provided for the purpose of providing information about management's current expectations and plans relating to the future. Readers are cautioned that reliance on such information may not be appropriate for other purposes. Forward-looking statements or information typically contain statements with words such as "anticipate", “strengthened”, “confidence”, "believe", "expect", "plan", "intend", "estimate", "may", "will", "would" or similar words suggesting future outcomes or statements regarding an outlook. In particular, forward-looking information and statements contained in this document include, but are not limited to, the Company's strategy to grow its annual cash flow; anticipated drilling, completion and testing plans, including, the anticipated timing thereof, prospects being targeted by the Company, and rig mobilization plans; expected future production from certain of the Company's drilling locations; TransGlobe's plans to drill additional wells, including the types of wells, anticipated number of locations and the timing of drilling thereof; the timing of rig movement and mobilization and drilling activity; the Company's plans to file development lease applications for certain of its discoveries, including the expected timing of filing of such applications and the expected timing of receipt of regulatory approvals; anticipated production and ultimate recoveries from wells; to negotiate future military access (including the expected timing thereof), including the anticipated timing of wells on production; TransGlobe's plans to continue exploration, development and completion programs in respect of various discoveries; future requirements necessary to determine well performance and estimated recoveries; the ratification of the amendment, extension, and consolidation of the Company’s Eastern Desert Concessions; and other matters.

In addition to other factors and assumptions which may be identified in this news release, assumptions have been made regarding, among other things, anticipated production volumes; the timing of drilling wells and mobilizing drilling rigs; the number of wells to be drilled; the Company's ability to obtain qualified staff and equipment in a timely and cost-efficient manner; the regulatory framework governing royalties, taxes and environmental matters in the jurisdictions in which the Company conducts and will conduct its business; future capital expenditures to be made by the Company; future sources of funding for the Company's capital programs; geological and engineering estimates in respect of the Company's reserves and resources; the geography of the areas in which the Company is conducting exploration and development activities; current commodity prices and royalty regimes; availability of skilled labour; future exchange rates; the price of oil; the impact of increasing competition; conditions in general economic and financial markets; availability of drilling and related equipment; effects of regulation by governmental agencies; future operating costs; uninterrupted access to areas of TransGlobe's operations and infrastructure; recoverability of reserves and future production rates; that TransGlobe will have sufficient cash flow, debt or equity sources or other financial resources required to fund its capital and operating expenditures and requirements as needed; that TransGlobe's conduct and results of operations will be consistent with its expectations; that TransGlobe will have the ability to develop its properties in the manner currently contemplated; current or, where applicable, proposed industry conditions, laws and regulations will continue in effect or as anticipated as described herein; that the estimates of TransGlobe's reserves and resource volumes and the assumptions related thereto (including commodity prices and development costs) are accurate in all material respects; and other matters.

Forward-looking statements or information are based on current expectations, estimates and projections that involve a number of risks and uncertainties which could cause actual results to differ materially from those anticipated by the Company and described in the forward-looking statements or information. These risks and uncertainties which may cause actual results to differ materially from the forward-looking statements or information include, among other things, operating and/or drilling costs are higher than anticipated; unforeseen changes in the rate of production from TransGlobe's oil and gas properties; changes in price of crude oil and natural gas; adverse technical factors associated with exploration, development, production or transportation of TransGlobe's crude oil reserves; changes or disruptions in the political or fiscal regimes in TransGlobe's areas of activity; changes in tax, energy or other laws or regulations; changes in significant capital expenditures; delays or disruptions in production due to shortages of skilled manpower equipment or materials; economic fluctuations; competition; lack of availability of qualified personnel; the results of exploration and development drilling and related activities; obtaining required approvals of regulatory authorities; volatility in market prices for oil; fluctuations in foreign exchange or interest rates; environmental risks; ability to access sufficient capital from internal and external sources; failure to negotiate the terms of contracts with counterparties; failure of counterparties to perform under the terms of their contracts; and other factors beyond the Company's control. Readers are cautioned that the foregoing list of factors is not exhaustive. Please consult TransGlobe’s public filings at www.sedar.com and www.sec.goedgar.shtml for further, more detailed information concerning these matters, including additional risks related to TransGlobe's business.

Mr. Ron Hornseth, B.Sc., General Manager – Canada for TransGlobe Energy Corporation, and a qualified person as defined in the Guidance Note for Mining, Oil and Gas Companies, June 2009, of the London Stock Exchange, has reviewed the technical information contained in this report. Mr. Hornseth is a professional engineer who obtained a Bachelor of Science in Mechanical Engineering from the University of Alberta. He is a member of the Association of Professional Engineers and Geoscientists of Alberta (“APEGA”) and the Society of Petroleum Engineers (“SPE”) and has over 20 years’ experience in oil and gas.

BOEs may be misleading, particularly if used in isolation. A BOE conversion ratio of six thousand cubic feet of natural gas to one barrel of oil equivalent (6 MCF: 1 Bbl) is based on an energy equivalency conversion method primarily applicable at the burner tip and does not represent a value equivalency at the wellhead. Given that the value ratio based on the current price of crude oil as compared to natural gas is significantly different from the energy equivalency of 6:1, utilizing a conversion on a 6:1 basis may be misleading as an indication of value.

References in this press release to production test rates, are useful in confirming the presence of hydrocarbons, however such rates are not determinative of the rates at which such wells will commence production and decline thereafter and are not indicative of long term performance or of ultimate recovery. While encouraging, readers are cautioned not to place reliance on such rates in calculating the aggregate production for TransGlobe. A pressure transient analysis or well-test interpretation has not been carried out in respect of all wells. Accordingly, the Company cautions that the production test results should be considered to be preliminary.

The following abbreviations used in this press release have the meanings set forth below: 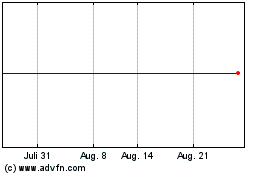 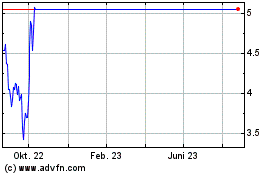 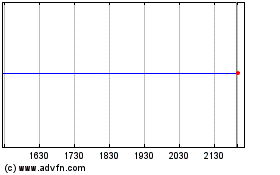