/NOT FOR DISTRIBUTION TO U.S. NEWSWIRE SERVICES OR FOR DISSEMINATION IN THE UNITED STATES/

TD will issue to certain institutional investors 800 thousand Series 28 Shares priced at $1,000 per share to raise gross proceeds of $800 million. TD Securities is acting as lead agent and sole bookrunner on the issue. The expected closing date is July 25, 2022.

The Series 28 Shares will yield 7.236 per cent annually (on a dividend rate of 7.232 per cent annually), with dividends payable semi-annually, as and when declared by the Board of Directors of TD, for the initial period ending October 31, 2027. Thereafter, the dividend rate will reset every five years at a rate equal to 4.20 per cent over the then 5-year Government of Canada bond yield.

During the period from October 1, 2027 to and including October 31, 2027 and every 5 years thereafter, on not less than 10 days and not more than 60 days' notice, TD may redeem the Series 28 Shares, in whole or in part, at $1000 per share, plus any declared and unpaid dividends, subject to regulatory approval.

Net proceeds from the offering will be used for general corporate purposes.

The Series 28 Shares will be offered by way of a prospectus supplement to the bank's short form base shelf prospectus dated January 4, 2021, to be filed on or about July 20,2022 with the securities commissions and other similar regulatory authorities in each of the provinces and territories of Canada.

The Toronto-Dominion Bank and its subsidiaries are collectively known as TD Bank Group ("TD" or the "Bank"). TD is the fifth largest bank in North America by assets and serves over 26 million customers in three key businesses operating in a number of locations in financial centres around the globe: Canadian Retail, including TD Canada Trust, TD Auto Finance Canada, TD Wealth (Canada), TD Direct Investing, and TD Insurance; U.S. Retail, including TD Bank, America's Most Convenient Bank®, TD Auto Finance U.S., TD Wealth (U.S.), and an investment in The Charles Schwab Corporation; and Wholesale Banking, including TD Securities. TD also ranks among the world's leading online financial services firms, with more than 15 million active online and mobile customers. TD had CDN$1.8 trillion in assets on April 30, 2022. The Toronto-Dominion Bank trades under the symbol "TD" on the Toronto and New York Stock Exchanges. 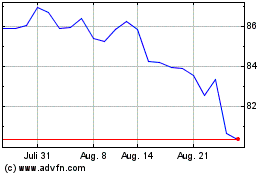 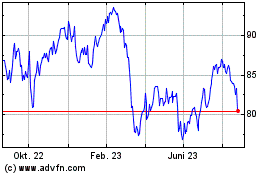 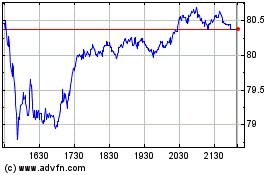