The Chief Executive Officer and President of Questerre Energy Corporation (“Questerre” or the “Company”) (TSX,OSE:QEC), Michael Binnion, responded to the recent Quebec throne speech and the potential ban on hydrocarbons.

When I was somewhat younger, I was captivated by a business associate who said our natural gas well in Quebec could change the upcoming referendum. Energy independence and financial strength would answer the economic argument for Quebec autonomy he said.

It was late in 1993 and while I was neither YES nor NO for the referendum it made me realize the transformational potential of energy independence.

More than a decade later, Forest Oil Corporation and Talisman Energy Inc. made announcements that they had found a large natural gas field in Quebec. My company was a partner in those wells.

I will remember forever the feeling of knowing we had actually done it – we had found energy independence in natural gas for Quebec. It seemed evident we would have such great support because in addition to independence, jobs, and taxes it would be a major reduction in environmental impacts – it seemed perfect. And our stock price agreed running to over $6 per share.

I met with the leaders of the environmental groups to explain the benefits and was surprised to find they mostly knew already. I was told that as Quebec environmental organizations they cared about Quebec emissions, and that reducing emissions outside Quebec did not count for them. Seeing that I was flummoxed by this answer, one of them kindly explained that I was a businessman offering pragmatic ways to reduce emissions, but they were idealists, and they could only support zero by 2050 or before.

I often say if there had not been a moratorium, I never would have learned French – and came to understand Quebec a lot better after I learned French at the age of 54. As an Anglophone I did not understand how much the French language is part of who a Quebecer is. I also learned that Quebec as a distinct society is merely a statement of fact. I learned my view of history from the youngest part of Canada in Alberta, was not wrong, but far from complete. I came to adopt the French part of my Canadian history as my own. Most importantly, I also made many close friends in Quebec that have made my life richer.

It changed my perspective, and it changed my approach. I started listening to Quebecers about how they wanted to develop instead of telling them how us experts do it in Alberta. We stopped rushing.

Our company embarked on a mission to meet what seemed like an impossible challenge. Produce natural gas not just with a lot less emissions but with zero emissions. With that purpose we recommitted to the regions and local acceptability.

This led us to the amazing new world of carbon technology. This is an emerging market that Forbes and BBC among others have reported could be worth trillions of dollars. The simple idea is that carbon dioxide can go from being a waste product to being a valuable feedstock. We can make fertilizer from captured carbon dioxide emissions as well as other industrial products and high-tech products like carbon nanotubes. We can also store it underground. I am convinced it is the future of energy and that we are already seeing an energy transformation worldwide.

Montreal Economic Institute has written on this but there have been very few stories in the Quebec media, even though billions are being committed to it and Elon Musk announced a XPrize for Carbon Removal. There are many groups in Norway and Alberta, among others, that are looking to accelerate carbon technologies to market.

Unions, towns, farmers, and First Nations are interested in working on this with us. Industrial consumers are very interested in the more reliable, lower cost and cleaner energy.

Finally, we see energy shortages spreading around the world and Quebec is not immune to them. Natural gas prices have more than doubled recently. A manufacturing trade group in the United States is urging the Department of Energy to reduce exports of natural gas to ensure sufficient supply for local demand. Oil and gas make up over 80% of the Quebec trade deficit so in these uncertain times, it is good to look at energy independence again.

It is disappointing after these last ten years working with a target of delivering the zero emissions result environmentalists asked for, to hear the Government saying a formal ban is under consideration in the throne speech yesterday. We believe the fundamental transformation of the Quebec economy that the Premier is calling for, is only realistic with carbon technology and the circular economy.

However, our collaborative approach will not change. We are working in Quebec with the idea we can cooperatively contribute to a positive difference for Quebecers on environment, energy security and wealth. We trust the Government will keep international norms on investment protection consistent with the Expropriation Act (Quebec), the Civil Code of Quebec and the Quebec Charter of Human Rights and Freedoms and we are committed to working with the Government and the people in the regions, no matter what final decision is made.

We would be delighted to have meetings with the Government and all interested stakeholders on our proposal for a zero emissions circular economy in Quebec. 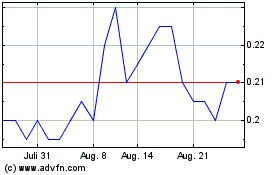 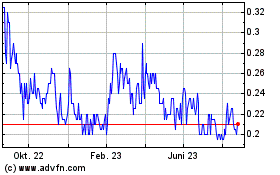 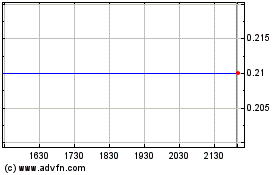