Petrus Resources Ltd. ("Petrus" or the "Company") (TSX: PRQ) is pleased to announce that it has entered into agreements with new lenders to the Company which provide two new credit facilities (the “New Credit Facilities”) totaling $55 million. The New Credit Facilities, together with the net proceeds of the Company's recently closed $20 million rights offering (the "Rights Offering" and together with the New Credit Facilities, the “Transactions”), will be used to repay in full all amounts owing under the Company's existing secured revolving credit facility (the "Existing RCF"), which will be approximately $27 million at the end of May.

The refinancing completes the Company’s debt restructuring. Replacing the Existing RCF with the New Credit Facilities is an opportunity for Petrus to move forward with supportive lenders and benefit from a debt structure with greater liquidity and stability. The refinancing is the product of strategic efforts made by management, the Board and major shareholders over the past year to strengthen the Company’s balance sheet. As a result, Petrus is well positioned to capitalize on its financial flexibility, invest in the continued development of the Company’s high quality assets and create meaningful value through strategic growth.

Petrus has entered into a commitment letter with ATB Financial ("ATB") providing for a $30 million reserve-based, secured operating revolving loan facility (the "ATB Facility") that is repayable in full on demand. Upon closing of the Transactions, up to $15 million will be drawn on the ATB Facility and used to repay a portion of the amounts owing under the Existing RCF and the balance of which will be used for general corporate purposes. The interest rate on this facility is the Canadian Prime Rate plus 2.5%, which currently totals 5.7% per annum.

The availability of the ATB Facility is subject to the satisfaction of certain conditions precedent, including the execution of outstanding definitive documentation in respect of the ATB Facility; the execution of definitive documentation and a subordination and postponement agreement in respect of the Second Lien Facility (as defined below); receipt of the proceeds from the Second Lien Facility; and the concurrent repayment in full and termination of the Existing RCF. Petrus anticipates satisfying all conditions precedent in May 2022.

In addition to the ATB Facility, Petrus has also entered into a term sheet with Stuart Gray (the "Lender"), a principal shareholder of the Company, providing for a second lien secured term facility in the amount of $25 million (the "Second Lien Facility"). On closing of the Transactions, approximately $12 million of the Second Lien Facility will be used to repay amounts owing under the Existing RCF and the balance will be used for selected development activities and general corporate purposes.

ATB Capital Markets Inc. acted as a financial debt advisor and Burnett, Duckworth & Palmer LLP is acting as legal advisor to the Company with respect to the New Credit Facilities.

This news release contains forward‐looking statements regarding: the Company's ability to obtain the ATB Facility and the Second Lien Facility; the use of proceeds of the Transactions; the amounts that will be drawn on the New Credit Facilities in order to repay all amounts owing under the Existing RCF; our forecast for the amounts owing under the Existing RCF in May 2022; the expected material terms of each facility; the timing of obtaining the facilities; the Company's ability to satisfy the conditions precedent to obtaining each facility; the Company's forecast for the amounts that will be drawn on the New Credit Facilities following the closing of the Transactions; Petrus' belief that the Transactions will provide it with a debt structure with greater liquidity and stability; Petrus' belief that it is well positioned to capitalize on its financial flexibility, invest in the continued development of its high quality assets and create meaningful value through strategic growth. These forward‐looking statements are provided as of the date of this news release, or the effective date of the documents referred to in this news release, as applicable, and reflect predictions, expectations or beliefs regarding future events based on the Company's beliefs at the time the statements were made, as well as various assumptions made by and information currently available to it. In making the forward-looking statements included in this news release, the Company has applied several material assumptions, including, but not limited to, the assumption that: TSX approval of the Second Lien Facility will be obtained in a timely manner; all conditions precedent to obtaining each credit facility will be satisfied in a timely manner; that the Rights Offering closes on the terms and on the timetable anticipated; that the material terms of each credit facility do not change prior to closing; that the credit facilities are obtained on the timetable anticipated; Petrus' debt levels in May 2022 will be as forecast. Although management considers these assumptions to be reasonable based on information available to it, they may prove to be incorrect. By their very nature, forward‐looking statements involve inherent risks and uncertainties, both general and specific, and risks exist that estimates, forecasts, projections and other forward‐looking statements will not be achieved or that assumptions on which they are based do not reflect future experience. We caution readers not to place undue reliance on these forward‐looking statements as a number of important factors could cause the actual outcomes to differ materially from the expectations expressed in them. These risk factors may be generally stated as the risk that the assumptions expressed above do not occur, but specifically include, without limitation, risks relating to: the failure to receive TSX approval of the Second Lien Facility; the failure to satisfy all conditions precedent to obtaining each credit facility; a delay in obtaining (or failure to obtain) one or both credit facilities; a material change in the terms of one or both credit facilities; debt levels exceeding those currently forecast due to changes in production levels, commodity prices or other factors; the possibility that the Company continues to experience liquidity challenges, whether due to changes in credit availability under the New Credit Facilities, changes in production levels or commodity prices, or other factors; the risk that Petrus fails to capitalize on its financial flexibility, develop its assets and/or create meaningful value through strategic growth; and the additional risks described in the Company's latest Annual Information Form, and other disclosure documents filed by the Company on SEDAR. This press release contains future-oriented financial information and financial outlook information (collectively, "FOFI") about Petrus' indebtedness under the Existing RCF in May 2022 before completing the Transactions and Petrus' indebtedness under the New Credit Facilities in May 2022 after completing the Transactions, which are subject to the same assumptions, risk factors, limitations, and qualifications as set forth above. Readers are cautioned that the assumptions used in the preparation of such information, although considered reasonable at the time of preparation, may prove to be imprecise and, as such, undue reliance should not be placed on FOFI. Petrus' actual results, performance or achievement could differ materially from those expressed in, or implied by, these FOFI, or if any of them do so, what benefits Petrus will derive therefrom. Petrus has included the FOFI in order to provide readers with a more complete perspective on Petrus' future operations and such information may not be appropriate for other purposes. The foregoing list of factors that may affect future results is not exhaustive. When relying on Petrus' forward‐looking statements and FOFI, investors and others should carefully consider the foregoing factors and other uncertainties and potential events. The Company does not undertake to update any forward‐looking statement or FOFI, whether written or oral, that may be made from time to time by the Company or on behalf of the Company, except as required by law. 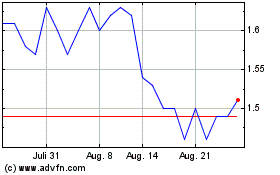 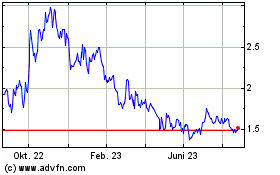 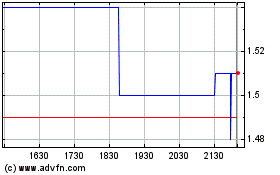