Inscape (TSX: INQ), a leading designer and manufacturer of furnishings and movable wall systems for the workplace, today announced its results of operations for the three and six months ended October 31, 2021.

“Second quarter fiscal 2022 results are beginning to evidence our improving sales pipeline and the improving economy. Our Walls operation recorded its highest sales revenue to date this fiscal year and an improving financial profile reflecting the efforts by management to lower its cost base and re-align its footprint during the calendar year. Sales for the Company for the quarter were up 35% year over year, driven by the improving outlook for our Walls operation, up 127.9%, and a solid improvement in our Furniture sales levels, up 9.4%, versus the depths of the pandemic in the prior fiscal period. Management believes its efforts over the past 18 months are beginning to be reflected in operating results. While substantial challenges remain, including the lingering impacts of the pandemic to the current economic outlook, management continues its work to re-align operations and lower costs in order to take full advantage of the pending economic recovery and generate appropriate levels of profitability for its shareholders once the economy has rebounded.” said Eric Ehgoetz, CEO.

“Current visibility suggests the second half of the current fiscal year will continue to show improvement. Timing of a full recovery to acceptable levels of profitability is not yet certain but management’s efforts to streamline operations and costs will continue unabated in order to implement the appropriate foundation to sustain the company into the future.” said Eric Ehgoetz, CEO.

(All comparisons are relative to the three month period ended October 31, 2020 unless otherwise stated):

(All comparisons are relative to the six month period ended October 31, 2020 unless otherwise stated):

(i) Stock-based compensation and severance obligations are displayed separately from selling, general and administrative (SG&A) expenses for the purpose of these tables.

Sales for the three months ended October 31, 2021, were 35.3% higher than the same quarter of the previous year due to increases in the number of Walls projects in the second quarter of fiscal year 2022. During the quarter Walls sales increased by 127.9% and Furniture sales by 9.4% over the same quarter of prior year.

Sales volumes for the six months ended October 31, 2021, were relatively flat compared to the same period of the prior year, due to a slower-than-expected North American economic recovery, and a delay in the return to work plans due to the COVID-19 pandemic. However, unfavourable exchange rate resulted in lower sales value, with Furniture recording a 9.1% decline, partially offset by a 5% increase at Walls.

The following is a reconciliation of net loss before taxes calculated in accordance with GAAP to EBITDA and adjusted EBITDA, the non-GAAP measures:

Gross profit margin as a percentage of sales was 22.8% for the second quarter of fiscal year 2022, a significant increase of 1960 basis points over the 3.2% for the same period last year, resulting from higher sales volumes relative to fixed overheads as markets recovered in the current year. The Company continues to identify initiatives to achieve cost efficiencies and improve margins as sales levels return to normal.

For the six months ended October 31, 2021, gross profit margin, as a percentage of sales was 16.0%, a decline of 380 basis points from the 19.8% for the same period last year, attributed to the impact of unfavourable exchange rates on the Company’s US denominated sales.

Selling, general and administrative (SG&A) expenses for the three and six months ended October 31, 2021, were 52.5% and 55.7% of sales, compared to 71.4% and 52.6% for the same periods of last year. The total SG&A expenses for the six months ended October 31, 2021, were relatively flat with the comparative period, due to compensating effects of cost movements and management initiatives.

The decrease for the quarter was primarily a result of lower unrealized gain on derivatives of $0.5 million and net interest expense of $0.4 million.

The decrease for the six months ended October 31, 2021, resulted from an unrealized loss on derivatives of $0.4 million compared to an unrealized gain of $3.3 million in the same period of prior year, a reduction in government subsidies of $0.8 million and a net interest expense of $0.8 million due to drawings on the revolving credit facility.

At the end of the quarter, the Company had cash totaling $0.9 million, restricted cash of $2.8 million set as collateral security for certain derivative financial instruments, $11.4 million drawn on the credit facility and an unused authorized balance of over $3.6 million, given full availability remaining under its authorized credit facility in the amount of $15 million.

On December 8th, 2021, the Company announced the agreement to sell and leaseback its Holland Landing Facility at 67 Toll Road, East Gwillimbury, Ontario to a third party for $32.75 million which is expected to close on or before January 24, 2022. The Company intends to use the proceeds received at closing to eliminate and retire all of its debt obligations under its authorized credit facility and support the Company’s continued operations. The Board will continue to assess alternative uses of excess cash, including but not limited to, potential share buybacks, cash dividends, M&A opportunities and capital expenditures. Management and the Board remain committed to putting the Company back on solid sustainable footing and creating future stakeholder value.

Since 1888, Inscape has been designing products and services that are focused on the future, so businesses can adapt and evolve without investing in their workspaces all over again. Our versatile portfolio includes systems furniture, storage, and walls – all of which are adaptable and built to last. Inscape’s wide dealer network, showrooms in the United States and Canada, along with full service and support for all of our clients, enables us to stand out from the crowd. We make it simple. We make it smart. We make our clients wonder why they didn’t choose us sooner. 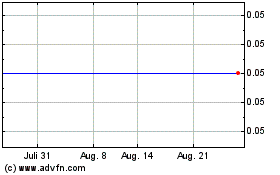 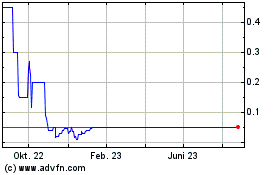 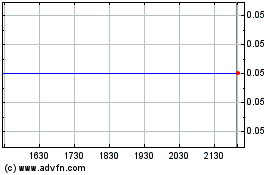