MONTREAL, May 13, 2022 /CNW Telbec/ - Aya Gold & Silver Inc. (TSX: AYA) (OTCQX: AYASF) ("Aya" or the "Corporation") is pleased to report interim financial and operational results for the first quarter ended March 31, 2022. All amounts are in US dollars unless otherwise stated.

"We had a slow start to the year as our focus on mining infrastructure, stope accesses, and backfilling historical stopes temporarily impacted our access to high-grade zones. February and March production and grade were less affected. I am pleased with the operational improvements since January and our on-schedule construction start-up, which included delivering on some key construction milestones in the quarter. Overall, Zgounder operations performed well, particularly as we kicked off our mine development program in the quarter," said Benoit La Salle, President and CEO. "As development progresses, our access to richer ore and greater mining capacity will position us well for delivering 2022 production guidance. Mine development to date is also running to plan, with the FEED tracking slightly ahead of schedule."

"Exploration at Zgounder continues to return impressive results that we expect to include in the updated resource statement later this year. We are excited to be completing geophysical surveys on our three key exploration properties and start adding value for all stakeholders through our next phase of exploration drilling. Combined with our clean balance sheet and strong development pipeline, we are just beginning our journey as one of the largest primary-silver producers."

The focus in the first quarter of 2022 was on commencing development of the underground mine infrastructure to support the expansion. Initial development was completed on schedule with over 365m of permanent infrastructure completed and a new main portal opened. Several road segments were maintained, the base camp was refurbished, and the new administrative offices were fully completed. Additionally, a portion of the project construction team was mobilized on site to prepare the site for construction.

As mine development progresses and the new block model is incorporated in the planning, the mine operation sequencing has been updated to ensure that the ramp-up is aligned with the expansion project timeline.

During the first quarter, 308,345 oz were produced at a global silver recovery of 80.4%. The cyanidation plant operated at 96% availability, and the flotation plant at 91.5%, resulting in a total milling rate of 689 tpd. A total of 62,001t were milled at a silver grade of 192 g/t. The lower ounces produced compared to Q1-2021 was directly related to lower grade mined as per the mine sequencing plan for the year and to a lack of ore on the ROM pad as the mining rate is equal to the processing rate.

Mine sequencing in the first quarter was planned to prioritize mining development infrastructure. Mine grade is expected to improve through the year as the recent block model is incorporated in the mine planning, new stopes are opened, and definition drilling accelerates. Delivery of additional mining equipment is expected in Q2-2022 that will provide Aya with more mining capacity than milling capacity. This will allow the Corporation to build up an ore stockpile beginning in Q3-2022.

Two significant capital infrastructure projects were completed during the first quarter: the new site administrative offices and the 60,000m3 water retention pond, the latter of which will benefit from the ongoing wet season. This water retention pond will secure Aya's current water needs in the dry season. Improvement is ongoing at the camp, including sanitary installations for camp wastewater that will be used to irrigate the site vegetation.

A new jumbo was received for commissioning in Q2-2022. Furthermore, a 70t crane was delivered to facilitate plant maintenance that will also be useful during the upcoming expansion project. Surface roads between mine levels were improved to sustain interlevel production.

In the first quarter, Aya began advancing the Zgounder expansion towards construction start-up by Q3-2022, notably by achieving the following items:

The first quarter saw Aya return high-grade DDH results that continued to expand the eastern zone and further defined the upper areas of the Zgounder Mine underground workings. Within Zgounder East, highlight intervals such as DZG-21-25 and DZF-21-27 extended the eastern strike and vertical depth beyond previously drilled intersections, increasing the resource envelope to the east. The vertical eastern zone remains open at depth. Below the Zgounder Mine area, underground infill drilling results such as DZG-SF-22-07 and T28-21-1988-272 defined wide zones of mineralisation above the 260 g/t Ag reserves grade that are situated below current mine galleries. All five DDHs drilled at depth to the granite contact returned high-grade mineralised intercepts with ZG-21-62 hitting 663 g/t Ag over 8.5m. A total of four rigs are currently operating on Zgounder, two on surface and two at depth.

At the end of the quarter, the geophysical airborne survey began over the Zgounder Regional permits. Results will be combined with those from the mapping program to generate targets for a drilling program later this year.

Drilling continued at Imiter bis in the first quarter, with 4,130m of DDH drilling completed mostly on three new targets (the North-West Zone, the Daoud Zone and the North-East Zone). A follow-up drilling section was also added north of the Middle Zone which had returned several promising results in the 2021 exploration program including 4.2m at 1.27g/t Au (IM-DD21-014) and 1.2m at 1.20 g/t Au (IM-DD21-016). The Corporation will build on these results with follow-up drilling in Q2-2022.

The airborne geophysical survey, which included magnetic, radiometric and electromagnetic surveys over 554 linear kilometers, was completed in April 2022.

A 349-line km airborne geophysical survey was completed in April 2022 and included magnetic, radiometric, and electromagnetic surveys. The 7,500m drill exploration program is scheduled to start in May 2022.

Aya's management team has been focused on maximising shareholder value by anchoring sustainability at the heart of its operations, governance, and financial growth plans.

This press release contains certain statements that constitute forward-looking information within the meaning of applicable securities laws ("forward-looking statements"), which reflects management's expectations regarding Aya's future growth and business prospects (including the timing and development of new deposits and the success of exploration activities) and other opportunities. Wherever possible, words such as "will", "guidance", extend", "growth",  "advance", "expected", "increase", and similar expressions or statements that certain actions, events or results "may", "could", "would", "might", "will", or are "likely" to be taken, occur or be achieved, have been used to identify such forward-looking information. Specific forward-looking statements in this press release include, but are not limited to, statements and information with respect to the exploration and development potential of Zgounder and the conversion of Inferred Mineral Resources into Measured and Indicated Mineral Resources, future opportunities for enhancing development at Zgounder, executing on the planned expansion at the Zgounder mine, and timing for the release of the Company's disclosure in connection with the foregoing. Although the forward-looking information contained in this press release reflect management's current beliefs based upon information currently available to management and based upon what management believes to be reasonable assumptions, Aya cannot be certain that actual results will be consistent with such forward-looking information. Such forward-looking statements are based upon assumptions, opinions and analysis made by management in light of its experience, current conditions, and its expectations of future developments that management believe to be reasonable and relevant but that may prove to be incorrect. These assumptions include, among other things, the closing and timing of financing, the ability to obtain any requisite governmental approvals, the accuracy of Mineral Reserve and Mineral Resource Estimates (including, but not limited to, ore tonnage and ore grade estimates), silver price, exchange rates, fuel and energy costs, future economic conditions, anticipated future estimates of free cash flow, and courses of action. Aya cautions you not to place undue reliance upon any such forward-looking statements.

The risks and uncertainties that may affect forward-looking statements include, among others: the inherent risks involved in exploration and development of mineral properties, including government approvals and permitting, changes in economic conditions, changes in the worldwide price of silver and other key inputs, changes in mine plans (including, but not limited to, throughput and recoveries being affected by metallurgical characteristics) and other factors, such as project execution delays, many of which are beyond the control of Aya, as well as other risks and uncertainties which are more fully described in Aya's 2021 Annual Information Form dated March 31, 2022, and in other filings of Aya with securities and regulatory authorities which are available on SEDAR at www.sedar.com. Aya does not undertake any obligation to update forward-looking statements should assumptions related to these plans, estimates, projections, beliefs and opinions change. Nothing in this document should be construed as either an offer to sell or a solicitation to buy or sell Aya securities. All references to Aya include its subsidiaries unless the context requires otherwise. 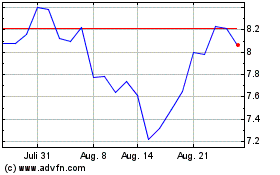 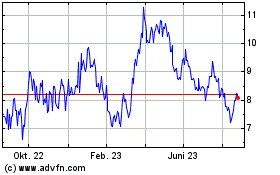 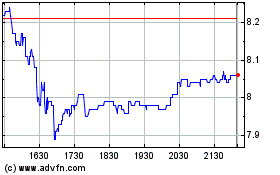