BOARD OF DIRECTORS UPDATE

Callers are encouraged to dial in 15 minutes before the start time to register for the event. A replay will be available on ARC's website at www.arcresources.com following the conference call.

NON-GAAP AND OTHER FINANCIAL MEASURES

This news release contains certain forward-looking statements and forward-looking information (collectively referred to as "forward-looking information") within the meaning of applicable securities legislation about current expectations regarding the future based on certain assumptions made by ARC. Although ARC believes that the expectations represented by such forward-looking information are reasonable, there can be no assurance that such expectations will prove to be correct. Forward-looking information in this news release is identified by words such as "anticipate", "believe", "ongoing", "may", "expect", "estimate", "plan", "will", "project", "continue", "target", "strategy", "upholding", or similar expressions, and includes suggestions of future outcomes. In particular, but without limiting the foregoing, this news release contains forward-looking information with respect to: the declaration and payment of future dividends in the amount of $0.12 per share; the anticipated on-stream date of Cheniere's Corpus Christi Stage III expansion and ARC's ability to deliver 140,000 MMBtu per day of natural gas to the facility; ARC's 2022 guidance, including planned capital expenditures (and the commodity prices at which such capital expenditures are fully funded by funds from operations), production guidance, and expenses; ARC's plans to re-direct capital to the Kakwa asset and the optimal production levels of the same, and to proceed with the development of Attachie West Phase I and the Sunrise expansion once the BC regulatory environment becomes more certain; ARC's ability to capture additional opportunities along the value chain in the US Gulf Coast and western Canada through execution of its market diversification strategy; plans to allocate surplus funds from operations to returns to shareholders and debt reduction; ARC's objectives with respect to growing its dividend and share repurchases under its NCIB; ARC's planned turnaround activities in the second quarter of 2022 and the effects thereof on production and operating expenses; ARC's target net debt to funds from operations ratio over the long term; and ARC's ability to reduce GHG emissions at the Parkland 03-09 natural gas processing facility. Further, statements relating to reserves are deemed to be forward-looking information, as they involve the implied assessment, based on certain estimates and assumptions, that the resources and reserves described can be profitably produced in the future. In addition, forward-looking information may include statements attributable to third-party industry sources. There can be no assurance that the plans, intentions, or expectations upon which these forward-looking statements are based will occur.

Readers are cautioned not to place undue reliance on forward-looking information as ARC's actual results may differ materially from those expressed or implied. ARC undertakes no obligation to update or revise any forward-looking information except as required by law. Developing forward-looking information involves reliance on a number of assumptions and consideration of certain risks and uncertainties, some of which are specific to ARC and others that apply to the industry generally. The material assumptions on which the forward-looking information in this news release are based, and the material risks and uncertainties underlying such forward-looking information, include: ARC's ability to successfully integrate and realize the anticipated benefits of completed or future acquisitions and divestitures; access to sufficient capital to pursue any development plans; ARC's ability to issue securities and to repurchase its securities under the NCIB; ARC's ability to meet and maintain certain targets, including with respect to emissions-related reductions and ESG performance; expectations and projections made in light of ARC's historical experience; data contained in key modeling statistics; the potential implementation of new technologies and the cost thereof; forecast commodity prices and other pricing assumptions with respect to ARC's 2022 capital expenditure budget; continuing uncertainty of the impact of the June 29, 2021 BC Supreme Court ruling in Blueberry River First Nations (Yahey) v. Province of British Columbia on BC and/or federal laws or policies affecting resource development in northeast BC and potential outcomes of the ongoing negotiations between Blueberry River First Nations and the Government of BC; assumptions with respect to global economic conditions and the accuracy of ARC's market outlook expectations for 2022 and in the future; suspension of or changes to guidance, and the associated impact to production; the assumption that the regulatory environment will be able to support ARC's investment in the execution of Attachie West Phase I and the Sunrise expansion, including that regulatory authorities in BC will resume granting approvals for oil and gas activities relating to drilling, completions, testing, processing facilities, and production and transportation infrastructure in 2022 on time frames, and terms and conditions, consistent with past practice; forecast production volumes based on business and market conditions; the accuracy of outlooks and projections contained herein; that future business, regulatory, and industry conditions will be within the parameters expected by ARC, including with respect to prices, margins, demand, supply, product availability, supplier agreements, availability, and cost of labour and interest, exchange, and effective tax rates; projected capital investment levels, the flexibility of capital spending plans, and associated sources of funding; the ability of ARC to complete capital programs and the flexibility of ARC's capital structure; applicable royalty regimes, including expected royalty rates; future improvements in availability of product transportation capacity; opportunity for ARC to pay dividends and the approval and declaration of such dividends by the Board; the existence of alternative uses for ARC's cash resources which may be superior to payment of dividends or effecting repurchases of outstanding common shares; cash flows, cash balances on hand, and access to ARC's credit facility being sufficient to fund capital investments; foreign exchange rates; near-term pricing and continued volatility of the market; the ability of ARC's existing pipeline commitments and financial risk management transactions to partially mitigate a portion of ARC's risks against wider price differentials; business interruption, property and casualty losses, or unexpected technical difficulties; estimates of quantities of crude oil, natural gas, and liquids from properties and other sources not currently classified as proved; accounting estimates and judgments; future use and development of technology and associated expected future results; ARC's ability to obtain necessary regulatory approvals generally; potential regulatory and industry changes stemming from the results of court actions affecting regions in which ARC holds assets; risks and uncertainties related to oil and gas interests and operations on Indigenous lands; the successful and timely implementation of capital projects or stages thereof; the ability to generate sufficient cash flow to meet current and future obligations; estimated abandonment and reclamation costs, including associated levies and regulations applicable thereto; ARC's ability to obtain and retain qualified staff and equipment in a timely and cost-efficient manner; ARC's ability to carry out transactions on the desired terms and within the expected timelines; forecast inflation and other assumptions inherent in the guidance of ARC; the retention of key assets; the continuance of existing tax, royalty, and regulatory regimes; GLJ Ltd.'s estimates with respect to commodity pricing; ARC's ability to access and implement all technology necessary to efficiently and effectively operate its assets; the ongoing impact of the COVID-19 pandemic on commodity prices and the global economy; and other assumptions, risks, and uncertainties described from time to time in the filings made by ARC with securities regulatory authorities.

ARC Resources Ltd. is a pure-play Montney producer and one of Canada's largest dividend-paying energy companies, featuring low-cost operations and leading ESG performance. ARC's investment-grade credit profile is supported by commodity and geographic diversity and robust risk management practices around all aspects of the business. ARC's common shares trade on the Toronto Stock Exchange under the symbol ARX. 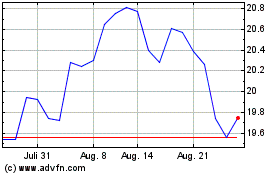 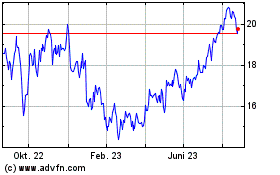 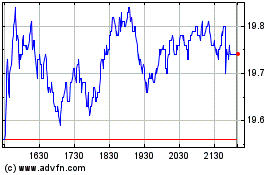