U.S. Ramps Up Gas Deliveries to Europe Amid Scramble for New Supplies

The U.S. plans to ramp up shipments of liquefied natural gas to Europe this year as the continent searches the globe for new supplies to phase out its reliance on Russian gas following the invasion of Ukraine.

The plan was announced as U.S. President Biden met with European Union leaders at a summit in Brussels, where crafting a trans-Atlantic plan to slash Europe's purchases of Russian energy is a central topic. The U.S. and the EU on Friday said they would work to ship an additional 15 billion cubic meters of LNG for the 27-nation bloc this year, using supplies from the U.S. and elsewhere. The EU imported a record-high 22 billion cubic meters of LNG last year.

Europe this year is on another record-setting pace as the continent races to sign new contracts with producers in the Middle East and Africa before next winter. France has ended subsidies for new gas heaters in homes and will instead subsidize electric heat pumps. Italy, the second largest consumer of Russian gas after Germany, is considering burning coal at some power plants rather than natural gas.

Western nations want to end the leverage Russia holds over Europe as the continent's most important energy supplier and cut a lifeline for the Russian economy. Natural gas presents the biggest problem for Europe, because the fuel is much more difficult than oil and coal--Russia's other main energy exports to Europe--to import by boat from other suppliers.

Miners Can Continue Outperforming, But Growth Will Slow in Coming Months

1151 GMT - Mining companies are one of the best-performing sectors year-to-date, and this can continue in the short term, RBC Capital Markets says. However, growth will potentially be slower in the coming months, and rising inflation and interest rates aren't good for the commodity demand outlook, the bank warns. "We continue to favor equities with exposures to Ukraine supply demand disconnects, namely Glencore (thermal coal), Anglo American, Sibanye-Stillwater (platinum group metals) and the cost-inflation impervious Anglo Pacific with its royalty structure. But expected total returns are thinning out and the underlying demand needs to be watched," RBC says. (jaime.llinares@wsj.com)

1135 GMT - Petropavlovsk has been caught up in sanctions on Russia, with its lender Gazprombank no longer able to buy its gold production, AJ Bell says. Historically, the bank had an agreement to buy everything that Petropavlovsk produced, so the gold miner must now find a new taker for its product, and that's going to be difficult in the current environment, AJ Bell says. "Petropavlovsk has bills to pay and it will be tricky to settle up if there is no cash coming in the door. It's no surprise to see the share price fall further on the news, now down 92% year to date," the investment platform says. (jaime.llinares@wsj.com)

1128 GMT - Shares in Petropavlovsk fall 19% to 1.45 pence after the Russian gold miner said its main lender, Gazprombank, has been added to the sanctions list in the U.K. This interrupts the company's ability to sell its gold and raises material risks around the ability to refinance its November 2022 bond, Peel Hunt says. "We noted that longer term, on the assumption that Russia's relations with the world start to normalize, we could see a value for Petropavlovsk shares as high as 18p. With Gazprombank under sanction, the ability for Petropavlovsk to navigate between today and that longer-term normalization has just become considerably trickier," the U.K. brokerage says. (jaime.llinares@wsj.com)

1116 GMT - High oil prices prompted by sanctions on Russia are already leading consumers to reduce their demand for crude, JPMorgan says, something which could weigh on prices. Oil demand next quarter will be 1.1 million barrels a day less than it previously forecast, while 3Q and 4Q will each have 500,000 barrels a day less. Data suggest consumers are already reacting to high oil prices, which have risen above $100 a barrel on Russia's invasion of Ukraine, the bank says. Europe--which is most dependent on Russian energy supplies and has had increasing natural gas prices--accounts for the largest amount of lost oil demand, JPM says. (william.horner@wsj.com)

1007 GMT - Damage to a Russian oil terminal that is a crucial gateway for Kazakh oil supplies might be less severe than thought, adding to pressure on oil prices. Kazakhstan's energy minister said exports at one of three moorings at the Black Sea site can resume Friday. Of the oil handled by the terminal, 90% comes from Kazakhstan and the prospect of long-lasting damage raised fears that a lot of the country's oil could be cut off. However, there are concerns that storage facilities were full as crude that was unable to be exported built up, blocking the terminal's operator from accepting new supplies and potentially halting Kazakh oil production, DNB Markets says. (william.horner@wsj.com)

0912 GMT - Oil prices drop after a meeting between U.S. President Biden and European leaders results in an agreement to ship more liquefied natural gas to the EU, but no new sanctions targeting Russian oil exports. Brent crude oil futures drop 2.4% to $112.60 a barrel. The U.S. and the EU said they will aim to ship an additional 15 billion cubic meters of LNG to the bloc, part of efforts to ease the region's reliance on Russian energy supplies. The fact that the meeting also didn't produce new sanctions targeting Russian oil exports directly eased fears of such an outcome, which could have tightened oil markets further, analysts said. "European reluctance to walk away from the Russian oil weighs on oil prices," says Swissquote. (william.horner@wsj.com)

0637 GMT - Copper and aluminum prices are set for higher levels of volatility for the rest of the year, Goldman Sachs says. Supplies are tight with stockpiles of both metals at around the same level that they started the year at, GS says. At this point in the year, they are also at their lowest level since 2008, despite the first quarter typically being a "seasonal surplus" phase. "Crucially, the first quarter's seasonal surplus traditionally creates the inventory buffer required to accommodate any demand and supply shocks later in the year," the investment bank says. "Without it, prices must do all the work to balance markets." Three-month LME copper is 0.1% higher at $10,355.0 a ton while aluminum is 1.3% lower at $3,578.0 a ton. (yongchang.chin@wsj.com)

0454 GMT - Oil prices could remain volatile as the market grapples with export disruptions and the possible broadening of Russia sanctions to include oil-and-gas supply, Fitch Solutions says. "Energy prices [are] volatile, as Western sanctions bring oil-and-gas into their crosshairs," it says. Export disruptions have exceeded Fitch's initial expectations, reflecting "self-sanctioning at the company level." It now expects Russian oil production for 2022 to contract by an average of 983,000 barrels a day, sharply lower production than its previous 692,000 barrels a day growth forecast. Crude prices are flitting between positive and negative. Front-month Brent is last 0.2% higher at $119.24/bbl while WTI is flat at 112.38/bbl. (yongchang.chin@wsj.com)

Write to Will Horner at william.horner@wsj.com 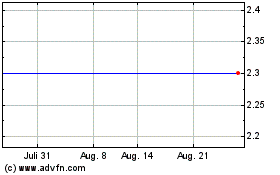 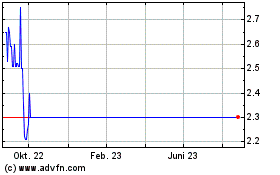 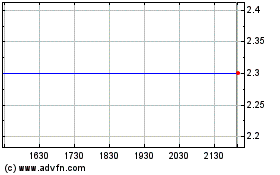