TORONTO, Oct. 4, 2022 /CNW/ - Orefinders Resources Inc. ("Orefinders" or the "Company") (CSE: MIS) is pleased to announce that it has acquired 100% interest in the GSL Zinc Project ("GSL" or the "Project") through staking. GSL is a 60,000-hectare property in Northwest Alberta, along the Great Slave Lake Shear Zone in Western Canada Sedimentary. GSL has excellent access and infrastructure as it sits along the McKenzie highway and has a railroad crossing the claims.

GSL represents a grassroots generative opportunity from Orefinders that is based on data that is publically available data. GSL is within the Great Slave Lake Shear Zone in Western Canada's Sedimentary Basin, which hosts the Pine Point zinc camp 330 kilometres northeast. The area of GSL is covered by glacial till ranging from 15-50 metres in depth, with few outcrops, and our exploration thesis has never been effectively tested.

"Orefinders' focus remains gold. However our group has been evaluating GSL for years, as we believe it presents exposure to a potential new large-scale discovery. GSL offered a risk rewards opportunity that we could not pass up. Our thesis on GSL presents a basic question that can be answered with a relatively low-cost drill program, and whose rewards are well suited to our business model and returns we seek", said Stephen Stweart, Orefinders CEO.

Why the GSL Zinc Project?

It is thought that this world-class dispersion train of zinc originated from a large source, which is likely Sedex (Sedimentary Exhalative) in nature. Orefinders seeks to discover the source of a 4,000 square-km zinc (sphalerite) anomaly, as described below.

Orefinders is targeting shallow SEDEX-type mineralization that it believes is immediately beneath the glacial overburden at a depth of between 20 and 50 metres. The Company believes that the Denovian sequence on the GSL property is stratigraphically equivalent to the Pint Point District (historical production from 1964 to 1987 of 64 million tonnes with an average grade of 7.0% Zn and 3.1% Pb). Unlike Pint Point, no deposit on GSL has been found because it does not outcrop, like Pine Point when it was discovered northeast of GSL in the late 1800's.

Click here to View a Map of the GSL Proprty

How are we testing GSL Zinc - Near Term Drilling Plans

Orefinders will seek to immediately begin a 20-hole, 1,100 metres RC drill program of widely spaced, shallow holes through the glacial sediments and into the bedrock. This drill program aims to trace the sphalerite in till anomaly and sample the Cretaceous bedrock beneath the till. Sedex deposits can be quite large and flat-lying, hence any discovery would be very favourable to open pt mining.

About the GSL Zinc Anomaly

The zinc anomaly was discovered by the Geological Survey of Canada (GSC Open File 5121; Alberta Special Report 7, 2006). The discovery consisted of numerous sphalerite grains in 30 Kg till samples ranging from values of less than 30 grains in samples external to the anomalous area and grain counts of up to 1047 grains in samples within the anomalous area. Other studies have indicated the likely ice direction of the most recent glacial movement, and the program is designed to systematically sample shallow till samples moving "up ice" until the anomaly ends, thus indicating proximity to the source of sub-cropping zinc mineralization.

In 1990, an oil well drilled by Chevron on GSL intersected 10 metres of 3.7% zinc at approximately 1200 metres. However, the source of the zinc anomaly Orefinders is targeting is likely hosted by Cretaceous sedimentary bedrock at or very near the contact with the glacial till. Lead-isotope analysis by the GSC indicates the sphalerite grains found in the glacial till were not a product of the Pine Point deposits but rather the result of glacial erosion of a younger, undiscovered proximal zinc mineralization.

GSL is underlain by sedimentary sequences of the Western Canada Sedimentary basin beneath relatively shallow till cover. Cretaceous-aged (80 million years) shales and sandstones are underlain by Devonian-aged (370 million years) limestones and dolomites. The Devonian sequence is known to be stratigraphically equivalent to the Pine Point district. Of particular importance is the existence of an oil well drilled by Chevron on the Property in 1993, which intersected 10 metres grading 3.7% zinc in Devonian dolomite at a depth of 1250 metres. Mineralization in the Chevron drill hole is believed to be similar to mineralization at Pine Point some 400 km to the northeast. It may be an example of Mississippi Valley Type ("MVT") mineralization. Both Pine Point and the Chevron drill hole are proximal to the Great Slave Lake Shear Zone ("GSLSZ").

There is evidence at Pine Point for two regional-scale events of increased geothermal activity, The obvious one which produced the MVT deposits at Pine Point and occurring in the late Devonian (circa 260 millions years) and a less well-documented event affecting the Pine Point deposits, in the Cretaceous (circa 70 millions years). This latter event would have been active while the Cretaceous sediment sediment sub-cropping on the Property were being deposited in a reduced restricted basin to the east of the Rocky Mountains. The zinc mineralization in the Chevron drill hole suggests that the segment of the GSLSZ on the property has been active in the past and may have provided a locus for mineralizing fluids to move to the surface through the overlying stratigraphy. Under this model the organic-rich sediments occurring in the Cretaceous era were the host to a second Pine Point-type event but in the form of stratiform sedex-style mineralization that were subsequently eroded into the widespread zinc-in-till anomaly down ice from the property.

The technical information in this news release has been reviewed and approved by Charles Beaudry P.Geo., a Qualified Person as defined in "National Instrument 43-101, Standards of Disclosure for Mineral Projects."

Orefinders is a gold exploration and development company focused exclusively on the Abitibi Greenstone Belt. The Company is listed on the TSX Venture Exchange under the symbol ORX. Agnico Eagle Mines Limited (TSX: AEM) holds an option to acquire up to a 75% interest in Orefinders Knight and McGarry projects (the "Projects") in exchange for spending $60 million on the Projects.

Agnico Eagle Mines Limited (TSX: AEM) holds an option to acquire up to a 75% interest in Mistango's Kirkland West and Omega projects (the "Projects") in exchange for spending $60 million on the Projects.

Neither Canadian Securities Exchange nor its Regulation Services Provider accept responsibility for the adequacy or accuracy of this release. Certain information in this press release may contain forward-looking statements. This information is based on current expectations that are subject to significant risks and uncertainties that are difficult to predict. Actual results might differ materially from results suggested in any forward-looking statements. Mistango assumes no obligation to update the forward-looking statements, or to update the reasons why actual results could differ from those reflected in the forward looking-statements unless and until required by securities laws applicable to Mistango. Additional information identifying risks and uncertainties is contained in filings by Mistango with Canadian securities regulators, which filings are available under the Mistango profile at www.sedar.com. 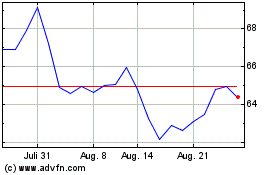 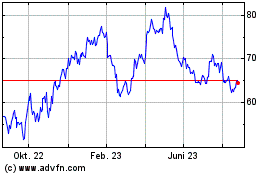 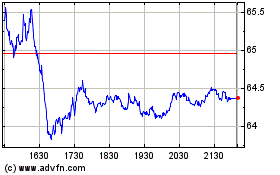