Securities Registered Pursuant to Section 12(b) of the Act:

If an emerging growth company, indicate by check mark if the registrant has elected not to use the extended transition period for complying with any new or revised financial accounting standards provided pursuant to Section 13(a) of the Exchange Act. ¨

Mr. Letica, age 60, most recently served as a Managing Director at TD Securities where he was Co-Head of Securitized Products Sales and Trading and led the MBS trading business. Prior to that, Mr. Letica held the role of Managing Director / Senior Portfolio Manager at Cello Capital Management. His responsibilities included asset allocation of the MBS hedge fund portfolios, which included trading and hedging of the funds' assets. Previously, Mr. Letica was a Managing Director at Citigroup Global Markets where he worked in the Mortgage Sales Group. Prior to that, Mr. Letica served in leadership roles at Deutsche Bank, Bank of America Securities, and Bear Stearns among others. Mr. Letica holds a B.S. degree in Chemical Engineering from The Johns Hopkins University.

In connection with the appointment, Mr. Letica will be paid an annual base salary of $600,000 and an annual cash incentive award, which will be $1,140,000 for the 2022 performance year. Subject to approval by the Board of Directors, Mr. Letica is also eligible to receive long-term incentive awards with respect to shares of common stock of the Company. For the 2022 performance year, Mr. Letica will receive an award of restricted stock units (“RSU”) equal to $1,073,777 and an award of performance share units (“PSU”) equal to $300,000 upon the commencement of his appointment. The terms and conditions of the RSU and PSU awards are otherwise consistent with those of the Company’s other executive officers previously disclosed by the Company in its most recent definitive proxy statement. As an executive officer of the Company, Mr. Letica will be subject to the Company’s Incentive Compensation Recoupment Policy and Stock Ownership and Retention Policy, as well as its Severance Benefits Plan. Mr. Letica does not have an employment agreement with the Company.

There are no arrangements or understandings between Mr. Letica and any other persons pursuant to which he was appointed the Company’s Vice President and Chief Investment Officer. There is no family relationship between Mr. Letica and any director, executive officer, or person nominated or chosen by the Company to become a director or executive officer of the Company. The Company has not entered into any transactions with Mr. Letica that would require disclosure pursuant to Item 404(a) of Regulation S-K under the Exchange Act.

On August 15, 2022, the Company issued a press release announcing the appointment of Mr. Letica as Vice President and Chief Investment officer. A copy of the press release is attached hereto as Exhibit 99.1.

The press release is furnished pursuant to Item 7.01 of Form 8-K and shall not be deemed to be “filed” for any other purpose, including for purposes of Section 18 of the Securities Exchange Act of 1934, as amended (the “Exchange Act”), or otherwise subject to the liabilities of that Section. The information in Item 7.01 of this Current Report, including Exhibit 99.1, shall not be deemed incorporated by reference into any filing under the Securities Act of 1933, as amended, or the Exchange Act, whether made before or after the date hereof, regardless of any general incorporation language in such filings, except as shall be expressly set forth by specific reference in such filing. 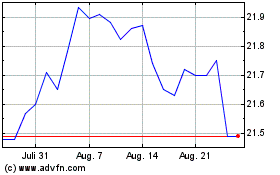 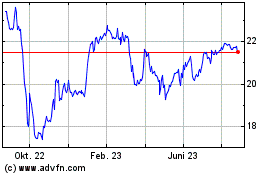 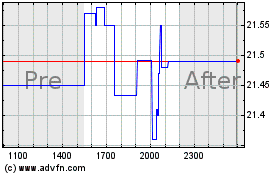