Standard General’s proposed acquisition of TEGNA will yield significant public interest benefits without any countervailing public interest harms, including creating the largest minority-owned and female-led broadcast station group in U.S. history. We were therefore disappointed to see the FCC petitioners enlist the involvement of Speaker Pelosi and Congressman Pallone by misleading them with the same false statements they have been making to the FCC.

We are therefore very disappointed to see the petitioners’ package of misstatements at the FCC being used to also mislead our elected representatives into applying improper pressure upon the FCC.

Soo Kim and Deb McDermott have a proven track record of enhancing stations’ service to their local communities, increasing local news output, and investing in the resources that stations need to compete successfully. Standard General has increased newsroom staffing at its current stations by 28% since acquiring them in February 2021, while, in comparison, the employee headcount at other major broadcasters, including TEGNA, dropped during the pandemic. Soo Kim and Deb McDermott are committed to bringing that same dedication to competition and localism to the TEGNA stations, creating the largest minority-owned and female-led television station group in U.S. history and dramatically increasing minority broadcast ownership and viewpoint diversity.

The proposed TEGNA transaction complies with all FCC rules without the need for any waivers, divestitures, or special treatment. Standard General seeks nothing from the FCC other than to be treated in the same fashion as other applicants whose transactions were promptly approved in the past two years, including Gray’s acquisition of Meredith, which unlike the TEGNA transaction, involved a station divestiture to comply with FCC local ownership rules, and Scripps’ acquisition of Ion, which involved the divestiture of 23 stations to meet FCC ownership limits. The Gray-Meredith transaction was approved in less than six months, and the Scripps-Ion transaction was approved in less than three months. The TEGNA transaction has been under review at the FCC for almost nine months at this point, and the time has come to approve the transaction and unleash an almost 300% increase in the number of minority-owned TV stations in the U.S., bringing badly-needed diversity to the nation’s broadcast station ownership.

We continue to work collaboratively with FCC staff in their review of the proposed transaction.

Standard General was founded in 2007 and manages capital for public and private pension funds, endowments, foundations, and high-net-worth individuals. Standard General is a minority-controlled and operated organization. Mr. Kim is supported by a diverse, highly experienced 17-person team, including seven investment professionals with over 120 years of collective investing experience.

This communication includes forward-looking statements within the meaning of the “safe harbor” provisions of Section 27A of the Securities Act of 1933, as amended, and Section 21E of the Securities Exchange Act of 1934, as amended. Forward-looking statements are based on a number of assumptions about future events and are subject to various risks, uncertainties and other factors that may cause actual results to differ materially from the views, beliefs, projections and estimates expressed in such statements. These risks, uncertainties and other factors include, but are not limited to, the following: (1) the timing, receipt and terms and conditions of the required governmental or regulatory approvals of the proposed transaction and the related transactions involving the parties that could reduce the anticipated benefits of or cause the parties to abandon the proposed transaction, (2) risks related to the satisfaction of the conditions to closing the proposed transaction (including the failure to obtain necessary regulatory approvals), and the related transactions involving the parties, in the anticipated timeframe or at all, (3) the risk that any announcements relating to the proposed transaction could have adverse effects on the market price of TEGNA’s common stock, (4) disruption from the proposed transaction making it more difficult to maintain business and operational relationships, including retaining and hiring key personnel and maintaining relationships with TEGNA’s customers, vendors and others with whom it does business, (5) the occurrence of any event, change or other circumstances that could give rise to the termination of the merger agreement entered into pursuant to the proposed transaction or of the transactions involving the parties, (6) risks related to disruption of management’s attention from TEGNA’s ongoing business operations due to the proposed transaction, (7) significant transaction costs, (8) the risk of litigation and/or regulatory actions related to the proposed transaction or unfavorable results from currently pending litigation and proceedings or litigation and proceedings that could arise in the future, (9) other business effects, including the effects of industry, market, economic, political or regulatory conditions, (10) information technology system failures, data security breaches, data privacy compliance, network disruptions, and cybersecurity, malware or ransomware attacks, and (11) changes resulting from the COVID-19 pandemic, which could exacerbate any of the risks described above. 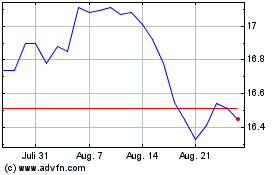 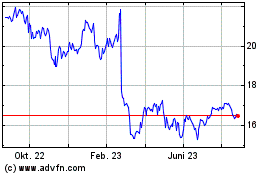 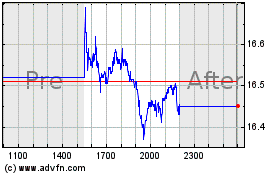