Copies of communications to:

Check the appropriate box below if the Form 8-K filing is intended to simultaneously satisfy the filing obligation of the registrant under any of the following provisions (see General Instruction A.2. below):

Mr. Francis, age 54, is a seasoned pharmaceutical executive bringing over two decades of experience to the Company, including five years as Chief Executive Officer of Sandoz and a member of the Novartis Executive Team from 2014 to 2019. Prior to his role at Sandoz, Mr. Francis was a senior executive at Biogen for 13 years where he held a number of senior roles, including leading the U.S. business. He also oversaw the successful launch of Tecfidera® in 2013. Mr. Francis has served as the CEO of Purespring Therapeutics, a pioneering gene therapy company focused on transforming the treatment of kidney diseases, since 2021, and as CEO of Forcefield Therapeutics, a pioneer of best-in-class therapeutics to protect heart function, since 2021. He has also served as an operating partner for Syncona Investment Management Limited since 2021. Mr. Francis also serves as a member of the board of directors of Mettler-Toledo International Inc.

If Mr. Francis’s employment were terminated by the Company without “cause” or by him for “good reason” (each term as defined in the Employment Agreement), he would be entitled to, as of the date of termination: (a) cash severance equal to two times his annual base salary; (b) vesting (on the later of the date of termination and the first anniversary of the grant date) of any portion of the sign-on RSU award that is unvested; (c) vesting of the portion of the sign-on PSU award that is earned based on actual performance at the end of the applicable performance period; (d) vesting of any portion of the sign-on cash award that is unvested; (e) if Mr. Francis has been employed by the Company for at least 12 months, a prorated annual bonus for the year of termination, determined based on actual performance; and (f) if the date of termination occurs within the first year following a change in control of the Company, an additional cash severance payment equal to his annual base salary. In addition, in consideration for Mr. Francis’s compliance with certain restrictive covenants including noncompetition covenants, Mr. Francis shall be entitled to payment of 12 months of his base salary, payable in 12 equal monthly installments following the date of termination for any reason other than due to his death or termination for cause by the Company. All severance benefits (other than any portion required under applicable law) and the noncompete payment are subject to

In connection with the leadership transition, Mr. Schultz and the Company entered into a letter agreement summarizing the terms of his departure, including that he will continue to serve as President and Chief Executive Officer and a member of the Board of Directors through December 31, 2022 and will thereafter be placed on garden leave until the expiration of his contractual notice period on February 19, 2023. During the garden leave period, Mr. Schultz has agreed to be available to assist with the transition. Mr. Schultz’s termination of employment will be treated as a termination without cause under his employment agreement with the Company, which will entitle him to the applicable payments and benefits specified in his employment agreement during his notice period and upon termination of employment, subject, to the extent applicable, to his execution and non-revocation of a release of claims in favor of the Company and compliance with the restrictive covenants set forth in his employment agreement.

A copy of the Company’s press release relating to the leadership transition is attached to this Current Report on Form 8-K as Exhibit 99.1.

Pursuant to the requirements of the Securities Exchange Act of 1934, as amended, the registrant has duly caused this report to be signed on its behalf by the undersigned hereunto duly authorized. 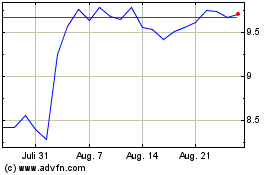 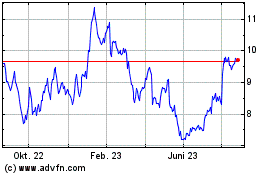 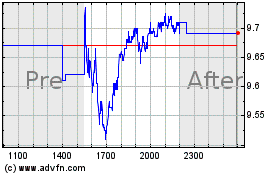