On September 8, 2022, the Board of Directors of Hyliion Holdings Corp., a Delaware corporation (the “Company”) approved the hiring and appointment of Jon Panzer as Chief Financial Officer of the Company, effective on September 12, 2022. Mr. Panzer (age 55) previously served as Senior Vice President of Intermodal Operations at Union Pacific Railroad Company from March 2021 to September 2022. Prior to his most recent role, Mr. Panzer served in a succession of finance and technology roles of increasing responsibility with Union Pacific Railroad Company, including Senior Vice President of Strategic Planning from November 2020 to March 2021, Senior Vice President of Technology and Strategic Planning from April 2019 to October 2020, Vice President and Treasurer from November 2017 to March 2019, and Vice President of Financial Planning and Analysis from March 2014 to October 2017. Mr. Panzer holds a bachelor of science degree in electrical engineering from the University of Nebraska-Lincoln, and a masters in business administration from Carnegie Mellon University.

Subject to the approval of the Compensation Committee of the Board of Directors of the Company, the Employment Agreement also provides that Mr. Panzer will receive a one-time, performance based restricted stock unit award of 200,000 shares (the “2022 Time-Based Grant”) and annual time-vested restricted stock unit awards valued at $600,000 based on the closing price of Hyliion stock on the grant date (the “2022 Performance-Based Grant”). Each of the 2022 Time-Based Grant and the 2022 Performance-Based Grant will be prorated based on the portion of the 2022 fiscal year during which Mr. Panzer was employed by the Company. Mr. Panzer will also be eligible for certain payments, rights, and benefits (including salary continuation and reimbursement of COBRA premiums for up to 12 months, as well as accelerated vesting for certain equity grants) in connection with a termination of employment by the Company for convenience or by him for good reason. Finally, Mr. Panzer will be eligible to participate in all other compensation and benefit programs generally available to the Company’s executive officers.

A copy of the press release announcing the appointment of Mr. Panzer as Chief Financial Officer of the Company is filed herewith as Exhibit 99.1 and is incorporated herein by reference to this Item 5.02.

In connection with Mr. Panzer’s appointment as Chief Financial Officer, Ms. Sherri Baker departed from her role as Chief Financial Officer, effective September 8, 2022. Ms. Baker’s departure is not a result of any disagreement with the Company or its Board of Directors relating to the Company’s operations, policies or practices or any issues regarding its accounting policies or practices.

Ms. Baker’s departure constitutes a termination for convenience under Section 7(b) of her Amended and Restated Employment Agreement with the Company dated February 24, 2022, which was filed as Exhibit 10.16 to the Company’s Annual Report on Form 10-K for the fiscal year ended 2021 (the “Baker Agreement”). Subject to her executing, and not subsequently revoking, a release of all claims in a form acceptable to the Company, she will be entitled to receive all of the payments and benefits specified upon a termination for convenience under Section 7(f) of the Baker Agreement.

The following exhibits are filed herewith:

Pursuant to the requirements of the Securities Exchange Act of 1934, the registrant has duly caused the report to be signed on its behalf by the undersigned hereunto duly authorized. 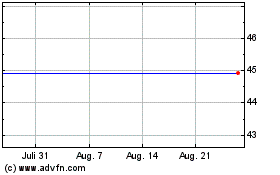 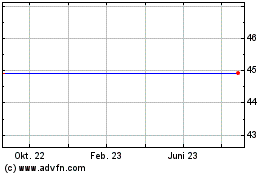 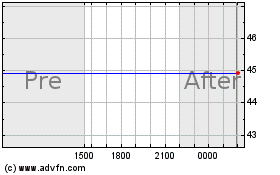