Permianville Royalty Trust (NYSE: PVL, the “Trust”) today announced a cash distribution to the holders of its units of beneficial interest of $0.021500 per unit, payable on August 12, 2022 to unitholders of record on July 29, 2022. The net profits interest calculation represents reported oil production for the month of April 2022 and reported natural gas production during March 2022. The calculation includes accrued costs incurred in May 2022.

Recorded natural gas cash receipts from the Underlying Properties totaled $1.4 million for the current month on realized wellhead prices of $4.52/Mcf, down $0.4 million from the prior month.

As previously disclosed, COERT Holdings 1 LLC (the “Sponsor”) has established a $1.5 million cash reserve for approved, future development expenses in 2022. Given the increase in capital expenditures on the Underlying Properties for the current month compared to prior months this year, the Sponsor is releasing $0.9 million from the reserve to partially fund the current month’s capital expenditures. The remaining reserve of $0.6 million will be held to fund incremental future development expenses; however, if those expenses are ultimately delayed or are less than expected, or if the outlook changes, amounts reserved but unspent will be released as an incremental cash distribution in a future period.

Permianville Royalty Trust is a Delaware statutory trust formed to own a net profits interest representing the right to receive 80% of the net profits from the sale of oil and natural gas production from certain, predominantly non-operated, oil and gas properties in the states of Texas, Louisiana and New Mexico. As described in the Trust’s filings with the Securities and Exchange Commission (the “SEC”), the amount of the periodic distributions is expected to fluctuate, depending on the proceeds received by the Trust as a result of actual production volumes, oil and gas prices, the amount and timing of capital expenditures, and the Trust’s administrative expenses, among other factors. Future distributions are expected to be made on a monthly basis. For additional information on the Trust, please visit www.permianvilleroyaltytrust.com.

This press release contains statements that are “forward-looking statements” within the meaning of Section 21E of the Securities Exchange Act of 1934, as amended. All statements contained in this press release, other than statements of historical facts, are “forward-looking statements” for purposes of these provisions. These forward-looking statements include the amount and date of any anticipated distribution to unitholders and expectations regarding the cash reserve for future development expenses. The anticipated distribution is based, in large part, on the amount of cash received or expected to be received by the Trust from the Sponsor with respect to the relevant period. The amount of such cash received or expected to be received by the Trust (and its ability to pay distributions) has been and will continue to be directly affected by the volatility in commodity prices, which have experienced significant fluctuation since the beginning of 2020 as a result of a variety of factors that are beyond the control of the Trust and the Sponsor. Low oil and natural gas prices will reduce profits to which the Trust is entitled, which will reduce the amount of cash available for distribution to unitholders and in certain periods could result in no distributions to unitholders. Other important factors that could cause actual results to differ materially include expenses of the Trust, reserves for anticipated future expenses and the effect, impact, potential duration or other implications of the COVID-19 pandemic. In addition, future monthly capital expenditures may exceed the average levels experienced in 2021 and prior periods. Statements made in this press release are qualified by the cautionary statements made in this press release. Neither the Sponsor nor the Trustee intends, and neither assumes any obligation, to update any of the statements included in this press release. An investment in units issued by the Trust is subject to the risks described in the Trust’s filings with the SEC, including the risks described in the Trust’s Annual Report on Form 10-K for the year ended December 31, 2021, filed with the SEC on March 25, 2022. The Trust’s quarterly and other filed reports are or will be available over the Internet at the SEC’s website at http://www.sec.gov. 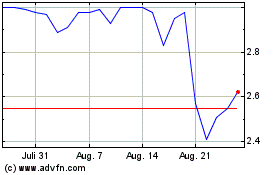 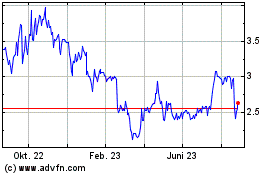 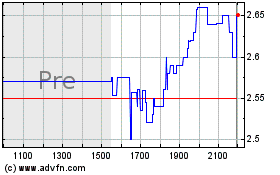