Piper Sandler Companies (NYSE: PIPR), a leading investment bank, has completed its 44th semi-annual Taking Stock With Teens® survey in partnership with DECA. This survey highlights discretionary spending trends and brand preferences from 14,500 teens across 47 U.S. states with an average age of 15.8 years.

This year’s Fall 2022 survey was conducted from August 12 to September 23. We received the highest number of responses from the South at 41%, followed by the Midwest at 32%, the West at 20% and the Northeast with 7%.

For the survey infographic and more information, visit pipersandler.com/teens

“Our Fall survey points to solid teen spending, up 3% Y/Y. Females continue to lead the growth in spending (clothing +10%, footwear +7%). The core beauty wallet (cosmetics, skincare, fragrance) grew 20% Y/Y, led by cosmetics (+28%). Everyday use of makeup continues to trend upward, and e.l.f. remains the dominant player at No. 1 for both average and upper income females. Fragrance is also proving its resilience, with category spend +21% Y/Y and ~2/3 of female teens noting fragrance usage everyday (Bath & Body Works a strong leader here). Within apparel, athletic is still the dominant trend, with Nike remaining strong and lululemon hitting new highs. Vans fell out of the top 10 favorite apparel brands. Interestingly, the athletic apparel trend may be peaking with 44% of upper-income teens preferring apparel brands that are “athletic,” flat to our Spring 2022 survey. Within footwear, Nike remains on top and Converse gained share at the expense of Adidas and Vans. Crocs and Hey Dude both moved higher in the rankings, but Dr. Martens continued to weaken. Coach remained top among handbag brands, with its lead versus number two brand Michael Kors expanding since the Spring 2022 survey. Fashion continues to shift, with leggings remaining strong, but interest in jeans and baggy/saggy pants continuing to weaken. Food remained the top spend category for males, and apparel remained top for females, with 30% wallet share among upper-income females hitting the highest levels since 2012. Favorite teen restaurants remained Chick-fil-A and Starbucks.

“GenZ is known to be a conscious generation, and teens this fall cited the environment as their top concern. 53% of consumers consider carbon footprint when making purchase decisions. Interestingly, the Russia/Ukraine invasion was the top concern in Spring 2022 but did not make the top 10 in Fall 2022. Abortion moved up to the No. 2 concern, followed by Racial Equality, Inflation and Gas Prices.

“TikTok widened its lead versus Snapchat as the favorite teen app, with Instagram remaining in third. However, Instagram continues to lead in monthly usage. On average, teens spent 4.4 hours on social media. Amazon remained the top destination for shopping, but SHEIN further solidified its No. 2 position” said Edward Yruma, senior research analyst.

The Piper Sandler Taking Stock With Teens® survey is a semi-annual research project that gathers input from 14,500 teens with an average age of 15.8 years. Discretionary spending patterns, fashion trends, technology, and brand and media preferences are assessed through surveying a geographically diverse subset of high schools across the U.S. Since the project began in 2001, Piper Sandler has surveyed more than 233,400 teens and collected over 56 million data points on teen spending. 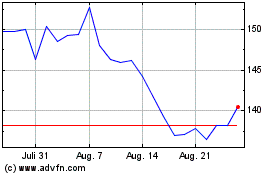 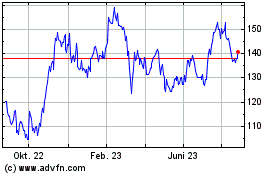 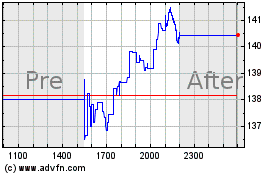