(Date of Event which Requires Filing of this Statement)

If the filing person has previously filed a statement on Schedule 13G to report the acquisition which is the subject of this Schedule 13D, and is filing this statement because of Rule 13d-1(e), 13d-1(f) or 13d-1(g), check the following box.  ☐

Note: Schedules filed in paper format shall include a signed original and five copies of the schedule, including all exhibits. See Rule 13d-7(b) for other parties to whom copies are to be sent.

The remainder of this cover page shall be filled out for a reporting person’s initial filing on this form with respect to the subject class of securities, and for any subsequent amendment containing information which would alter disclosures provided in a prior cover page.

The information required on the remainder of this cover page shall not be deemed to be “filed” for the purpose of Section 18 of the Securities Exchange Act of 1934 (the “Act”) or otherwise subject to the liabilities of that section of the Act but shall be subject to all other provisions of the Act (however, see the Notes).

Item 1 of the Schedule 13D is hereby amended by adding the following:

Item 2 of the Schedule 13D is hereby amended and supplemented as follows:

(a), (c) and (f) This Schedule 13D is filed on behalf of each of the following persons (collectively, the “Reporting Persons”):

(i) PBF Energy Inc. (“PBF Energy”), a Delaware corporation that is the sole managing member of PBF Energy Company LLC (“PBF LLC”), owns approximately 99.3% of the economic interests in PBF LLC (as of July 22, 2022) and operates and controls all of PBF LLC’s business and affairs and consolidates the financial results of PBF LLC and its subsidiaries. PBF Energy also indirectly owns a non-economic general partner interest in the Issuer through PBF Logistics GP LLC (“Issuer GP”), the general partner of the Issuer and a wholly owned subsidiary of PBF LLC.

The Reporting Persons have entered into a joint filing agreement in accordance with Rule 13d-1(k) of the Act, dated as of July 27, 2022, a copy of which is attached to this Amendment No. 2 as Exhibit 8.

The name of each director and executive officer of PBF Energy, and each individual’s principal occupation and citizenship, is set forth on Schedule I to Amendment No. 2.

Item 3. Source and Amount of Funds or other Consideration.

Item 3 of the Schedule 13D is hereby amended and supplemented as follows:

The information provided in Item 4 below is incorporated by reference into this Item 3.

Item 4 of the Schedule 13D is hereby amended by adding the following:

Under the terms of the Merger Agreement, at the effective time of the Merger, each outstanding Common Unit that is held immediately before the closing of the Merger by a holder of Common Units other than PBF Energy, PBF LLC, PBFX Holdings, PBFX or PBFX GP (such units, the “Public Common Units,” and such holders of Public Common Units, the “Public Common Unitholders”) will be converted into the right to receive: (i) 0.270 of a share of PBF Energy Class A common stock, par value $0.001 per share (the “Parent Common Stock”), and (ii) $9.25 in cash, without interest. Cash will be paid in lieu of any issuance of fractional shares of Parent Common Stock. The Common Units indirectly held by PBF Energy and the General Partner Interest (as defined in PBFX’s Third Amended and Restated Agreement of Limited Partnership, dated as of February 28, 2019 (the “Partnership Agreement”)) issued and outstanding immediately prior to the effective time of the Merger shall be unaffected by the Merger and shall remain outstanding.

The Merger Agreement contains customary representations and warranties from the parties, and each party has agreed to customary covenants, including, among others, covenants relating to (i) with respect to PBF Energy, PBFX and PBFX GP, the conduct of business during the interim period between the execution of the Merger Agreement and the effective time of the Merger and (ii) the obligation to use reasonable best efforts to cause the Merger to be consummated.

The Merger Agreement contains certain termination rights for both PBF Energy and PBFX, including, among others, (i) by PBF Energy or PBFX, if the Merger is not consummated by March 31, 2023, and (ii) by PBF Energy or PBFX, if the GP Board or the Conflicts Committee take certain actions with respect to its recommendation of the Merger prior to the partnership unitholder meeting. In the event of a termination as a result of actions with respect to the GP Board or Conflicts Committee recommendation, PBFX shall be obligated to pay PBF Energy a termination fee of $5 million. In the event of certain other terminations, a party will be obligated to pay the other party’s expenses subject to a cap of $10 million.

Concurrently with the execution of the Merger Agreement, PBF Energy and PBF LLC, as the record and beneficial owner of 29,953,631 Common Units as of the date thereof, entered into a Voting and Support Agreement, dated as of the Signing Date, with PBFX (the “Support Agreement”), pursuant to which, among other things, PBF Energy agrees to cause PBF LLC, in its capacity as a limited partner of PBFX, to vote its Common Units in favor of the Merger Agreement and the transactions contemplated thereby, including the Merger.

The foregoing description of the Merger Agreement, the Support Agreement and the transactions contemplated thereby does not purport to be complete and is qualified in its entirety by reference to the full text of the Merger Agreement and the Support Agreement, copies of which are filed as Exhibit 6 and Exhibit 7, respectively, to this Amendment No. 2 and the terms of which are incorporated herein by reference into this Item 4.

Item 5. Interest in Securities of the Issuer.

Item 5 of the Schedule 13D is hereby amended and supplemented as follows:

Neither the filing of this Amendment No. 2 nor any of its contents shall be deemed to constitute an admission by any of the Reporting Persons that it is the beneficial owner of any of the Common Units for the purposes of Section 13(d) of the Act, or for any other purpose, and, except to the extent of its pecuniary interest, such beneficial ownership is expressly disclaimed by each Reporting Person.

(c) Except for the transactions described herein, there have been no other transactions in the securities of the Issuer effected by any Reporting Person within the last 60 days. The response to Item 4 of this Amendment No. 2 is incorporated herein by reference.

Item 6. Contracts, Arrangements, Understandings or Relationships With Respect to Securities of the Issuer.

Item 6 of the Schedule 13D is hereby amended and supplemented as follows:

The information provided in Item 4 below is incorporated by reference into this Item 3.

Item 7. Material to be Filed as Exhibits.

Information regarding each director and executive officer of PBF Energy Inc. is set forth below. 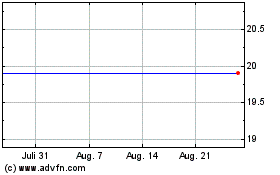 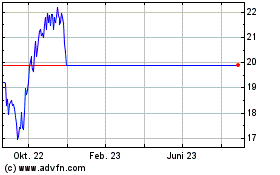 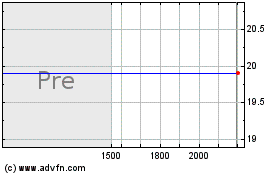