The CSR is currently owned by the City of Cincinnati and operated by the Cincinnati, New Orleans and Texas Pacific Railway Company (CNOTP), a wholly owned subsidiary of Norfolk Southern Railway, under a lease agreement expiring in 2026.

The agreement provides the company ownership of approximately 9,500 acres of land that sits under infrastructure maintained and operated by Norfolk Southern. Further, it ensures Norfolk Southern will own the line in perpetuity, while eliminating uncertainty around future lease costs. The line is one of the highest density segments of the company's network, with as many as 30 trains a day traveling the route.

"The Cincinnati Southern Railway is a critical artery linking the Midwest and the Southeast and plays an important role in our powerful network that serves more than half the U.S. population," said Norfolk Southern President and Chief Executive Officer Alan H. Shaw. "This agreement sets the framework for Norfolk Southern to own a core line in our network in perpetuity, allowing us to advance our strategic objectives of improving service, enhancing productivity, and creating an even stronger platform for accelerated growth, all while eliminating uncertainty around future control of the line and lease costs."

Upon the close of the transaction, projected to occur in the first half of 2024, the City of Cincinnati will receive cash consideration of approximately $1.62 billion. Norfolk Southern intends to finance the transaction through a combination of internal and external sources. The City of Cincinnati plans to use the proceeds of the transaction to form an infrastructure fund that will benefit the citizens of Cincinnati for generations to come. The trust would solely fund the rehabilitation, modernization, or replacement of existing infrastructure such as streets, bridges, municipal buildings, parks, and green space. The closing is subject to certain conditions, including approval by the voters of Cincinnati and the U.S. Surface Transportation Board.

Since 1827, Norfolk Southern Corporation (NYSE: NSC) and its predecessor companies have safely moved the goods and materials that drive the U.S. economy. Today, it operates a customer-centric and operations-driven freight transportation network. Committed to furthering sustainability, Norfolk Southern helps its customers avoid 15 million tons of yearly carbon emissions by shipping via rail. Its dedicated team members deliver more than 7 million carloads annually, from agriculture to consumer goods, and is the largest rail shipper of auto products and metals in North America. Norfolk Southern also has the most extensive intermodal network in the eastern U.S., serving a majority of the country's population and manufacturing base, with connections to every major container port on the Atlantic coast as well as the Gulf of Mexico and Great Lakes. Learn more by visiting www.NorfolkSouthern.com.

This press release contains forward-looking statements within the meaning of the safe harbor provision of the Private Securities Litigation Reform Act of 1995, as amended. These statements relate to future events or future performance of Norfolk Southern Corporation ("Norfolk Southern," "NS," the "Company," "we," "our," or "us"), including but not limited to statements regarding future financial performance and anticipated results, benefits, and targets related to the strategic plan. In some cases, these forward-looking statements may be identified by the use of words like "will," "believe," "expect," "targets," "anticipate," "estimate," "plan," "consider," "project," "may," "could," "should," and similar references to the future. The Company has based these forward-looking statements on management's current expectations, assumptions, estimates, beliefs, and projections. While the Company believes these expectations, assumptions, estimates, and projections are reasonable, forward-looking statements are only predictions and involve known and unknown risks and uncertainties, many of which involve factors or circumstances that are beyond the Company's control, including but not limited to: general North American and global economic conditions; changes in energy prices and fuel markets; uncertainty surrounding timing and volumes of commodities being shipped; changes in laws and regulations; uncertainties of claims and lawsuits; labor disputes; transportation of dangerous goods; effects of changes in capital market conditions; severe weather; and the impact of the COVID-19 pandemic on us, our customers, our supply chain and our operations. These and other important factors, including those discussed under "Risk Factors" in the Annual Report on Form 10-K for the year ended December 31, 2021, filed with the Securities and Exchange Commission (the "SEC"), as well as the Company's subsequent filings with the SEC, may cause actual results, benefits, performance, or achievements to differ materially from those expressed or implied by these forward-looking statements. Please refer to these SEC filings for a full discussion of those risks and uncertainties we view as most important. 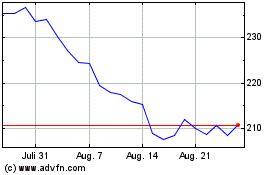 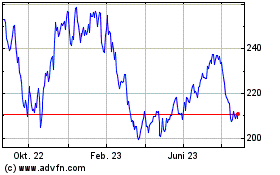 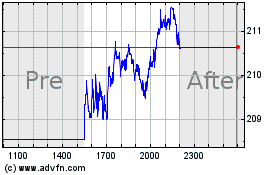