Check the appropriate box below if the Form 8-K filing is intended to simultaneously satisfy the filing obligation of the registrant under any of the following provisions (see General Instruction A.2 below):

If an emerging growth company, indicate by check mark if the registrant has elected not to use the extended transition period for complying with any new or revised financial accounting standards provided pursuant to Section 13(a) of the Exchange Act.    ¨

The Merger Agreement provides, among other things and subject to the terms and conditions set forth therein, that Merger Sub will be merged with and into the Company, with the Company surviving as a wholly-owned subsidiary of Parent (the “Merger”). At the Effective Time (as defined in the Merger Agreement), by virtue of the Merger, and without any action on the part of Parent, Merger Sub, the Company or any holder of any securities of the Company:

Parent has obtained equity and debt financing commitments, the aggregate proceeds of which will be sufficient for Parent to consummate the Transactions in accordance with the Merger Agreement. Patient Square Equity Partners, LP, an affiliate of Parent, has committed to purchase equity interests in Parent amounting to $410.0 million in the aggregate on the terms and subject to the conditions set forth in an equity commitment letter dated July 21, 2022 (the “Equity Commitment Letter”), and has provided the Company with a limited guaranty in favor of the Company dated July 21, 2022 (the “Limited Guaranty”), guaranteeing, subject to the terms and conditions of the Limited Guaranty, the payment of certain monetary obligations that may be owed by Parent pursuant to the Merger Agreement.

The Merger Agreement contains customary representations, warranties and covenants, including, among others, covenants by the Company to conduct its business and operations in all material respects in the ordinary course between the date of the Merger Agreement and the closing of the Merger, not to engage in certain material transactions during such period, to convene and hold a special meeting of its stockholders for the purpose of obtaining the Company Stockholder Approval, to use reasonable best efforts to cooperate with Parent in connection with the debt financing for the Transactions, to use reasonable best efforts to obtain regulatory approvals and, subject to certain customary exceptions, for the Board to recommend that the stockholders adopt the Merger Agreement, including the Merger. The Merger Agreement also contains customary representations, warranties and covenants of Parent and Merger Sub, including a covenant that Parent use its reasonable best efforts to consummate the equity and debt financings and to obtain regulatory approvals.

If the Merger Agreement is terminated, in certain circumstances related to a Change of Board Recommendation or terminated for the Company Board to accept a Superior Proposal and other similar situations, then the Company shall pay to Parent a termination fee of $23.0 million. The Company may also be required to pay a termination fee to Parent if an Acquisition Proposal is publicly announced and both the Merger Agreement is subsequently terminated due to failure to obtain the Company Stockholder Approval or failure to close by the Outside Date as a result of the failure to obtain the Company Stockholder Approval, and within 12 months after such termination, the Company enters into a definitive agreement in respect of the Acquisition Proposal and such transaction is consummated.

If the Company terminates the Merger Agreement because all closing conditions are satisfied and Parent fails to close within three business days following written confirmation from the Company that it is prepared to close, then Parent shall pay to the Company a termination fee of $45.0 million.

Upon the closing of the Merger, the Shares will be delisted from the New York Stock Exchange and deregistered under the Securities Exchange Act of 1934, as amended.

Additional Information and Where to Find It

This report relates to the proposed Merger. Parent and Merger Sub are indirect subsidiaries of funds managed and advised by Patient Square Capital. A special meeting of the stockholders of Hanger will be announced as promptly as practicable to seek stockholder approval in connection with the proposed Merger. Hanger expects to file with the SEC a proxy statement and other relevant documents in connection with the proposed Merger. Stockholders of Hanger are urged to read the definitive proxy statement and other relevant materials filed with the SEC when they become available because they will contain important information about Hanger, Parent, Merger Sub and the Merger. Stockholders may obtain a free copy of these materials (when they are available) and other documents filed by Hanger with the SEC at the SEC’s website at www.sec.gov, at Hanger’s website at http://corporate.hanger.com or by sending a written request to our Corporate Secretary at our principal executive offices at 10910 Domain Drive, Suite 300, Austin, Texas 78758.

Participants in the Solicitation

Hanger, its directors and certain of its executive officers and employees may be deemed to be participants in soliciting proxies from its stockholders in connection with the Merger. Information regarding the persons who may, under the rules of the SEC, be considered to be participants in the solicitation of Hanger’s stockholders in connection with the Merger and any direct or indirect interests they have in the Merger will be set forth in Hanger’s definitive proxy statement for its special stockholder meeting when it is filed with the SEC. Information relating to the foregoing can also be found in Hanger’s Annual Report on Form 10-K for the year ended December 31, 2021 filed with the SEC on February 28, 2022 and Hanger’s definitive proxy statement for its 2022 Annual Meeting of Stockholders (the “Annual Meeting Proxy Statement”) filed with the SEC on April 7, 2022. To the extent that holdings of Hanger’s securities have changed since the amounts set forth in the Annual Meeting Proxy Statement, such changes have been or will be reflected on Statements of Change in Ownership on Form 4 filed with the SEC.

This report contains statements that are forward-looking statements within the meaning of the federal securities laws. Forward-looking statements include information concerning the proposed Merger and the ability to consummate the proposed Merger, our liquidity and our possible or assumed future results of operations, including descriptions of our business strategies. These statements often include words such as “believe,” “expect,” “project,” “potential,” “anticipate,” “intend,” “plan,” “estimate,” “seek,” “will,” “may,” “would,” “should,” “could,” “forecasts” or similar words. These statements are based on certain assumptions that we have made in light of our experience in the industry as well as our perceptions of historical trends, current conditions, expected future developments and other factors we believe are appropriate in these circumstances. We believe these assumptions are reasonable, but you should understand that these statements are not guarantees of performance or results, and our actual results could differ materially from those expressed in the forward-looking statements due to a variety of important factors, both positive and negative, that may be revised or supplemented in subsequent releases or reports. These statements involve risks, estimates, assumptions, and uncertainties that could cause actual results to differ materially from those expressed in these statements and elsewhere in this report. These uncertainties include, but are not limited to, the inability to consummate the Merger within the anticipated time period, or at all, due to any reason, including the failure to obtain required regulatory approvals, satisfy the other conditions to the consummation of the Merger or complete necessary financing arrangements; the risk that the Merger disrupts our current plans and operations or diverts management’s attention from its ongoing business; the effects of the Merger on our business, operating results, and ability to retain and hire key personnel and maintain relationships with customers, suppliers and others with whom we do business; the risk that our stock price may decline significantly if the Merger is not consummated; the nature, cost and outcome of any legal proceedings related to the Merger; the financial and business impacts of COVID-19 on our operations and the operations of our customers, suppliers, governmental and private payers and others in the healthcare industry and beyond; labor shortages and increased turnover in our employee base; contractual, inflationary and other general cost increases, including with regard to costs of labor, raw materials and freight; federal laws governing the health care industry; governmental policies affecting O&P operations, including with respect to reimbursement; failure to successfully implement a new enterprise resource planning system or other disruptions to information technology systems; the inability to successfully execute our acquisition strategy, including integration of recently acquired O&P clinics into our existing business; changes in the demand for our O&P products and services, including additional competition in the O&P services market; disruptions to our supply chain; our ability to enter into and derive benefits from managed-care contracts; our ability to successfully attract and retain qualified O&P clinicians; and other risks and uncertainties generally affecting the health care industry. For additional information and risk factors that could affect the Company, see its Form 10-K for the year ended December 31, 2021 and Quarterly Report on Form 10-Q for the three months ended March 31, 2022, each as filed with the Securities and Exchange Commission. The information contained in this report is made only as of the date hereof, even if subsequently made available by the Company on its website or otherwise. 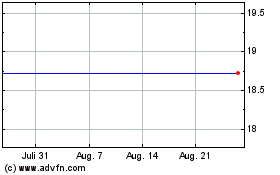 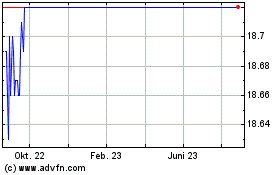 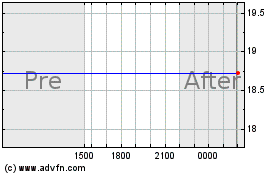