“With the world’s increasing demand for silver for clean energy, Hecla is helping meet that demand as the world’s fastest growing established silver miner,” said Phillips S. Baker, Jr., Hecla’s President & CEO. “Since 2010, Hecla has increased silver production by more than 25%. With the additional production from Alexco’s Keno Hill, and the continued production growth from Greens Creek and Lucky Friday, we expect Hecla to produce 17-20 million ounces per year in the next few years, which is 30 to 55% more than 2021. Hecla’s silver production is in the United States where it already produces 40% of all the silver mined and, with Keno Hill, Hecla is on the path of being Canada’s largest silver producer as well.”

“The Keno Hill property is in a premier mining jurisdiction where the First Nation of the Na-Cho Nyak Dun and Yukon governments are supportive of mining. Like our other operations where we have had decades of mining and have become an integral part of the communities, we look forward to doing the same in the Yukon,” Baker added.

Baker said, "Keno Hill currently has an almost decade-long high-grade reserve life, which we expect to extend as we drill on identified resources. With the fully operational mill and development that is in place we don’t anticipate a large capital program to bring the mine into production. Over the coming months Hecla plans to invest in development, infrastructure, and equipment so there are adequate mining faces and good working conditions to bring Keno Hill to full and consistent production by the end of 2023.”

As part of the acquisition, Hecla issued 17,992,875 million shares of its common stock to Alexco shareholders for a total consideration of approximately $69 million based on a share exchange ratio of 0.116 of a Hecla share for each Alexco common share. Concurrent with the acquisition, the silver streaming interest at Alexco’s Keno Hill property held by Wheaton Precious Metals Corp was terminated in exchange for US$135 million of Hecla common stock, in the form of 34,800,989 million shares of Hecla common stock based on the 5-day VWAP of $3.88 per share. As part of the transaction, Hecla provided Alexco with a US$30 million secured loan facility, of which US$25 million was drawn when the transaction closed.

Founded in 1891, Hecla Mining Company (NYSE:HL) is the largest silver producer in the United States. In addition to operating mines in Alaska, Idaho and Quebec, Canada, the Company owns a number of exploration properties and pre-development projects in world-class silver and gold mining districts throughout North America.

This news release contains “forward-looking statements” within the meaning of Section 27A of the Securities Act of 1933, as amended, and Section 21E of the Securities Exchange Act of 1934, as amended, which are intended to be covered by the safe harbor created by such sections and other applicable laws, including Canadian securities laws. When a forward-looking statement expresses or implies an expectation or belief as to future events or results, such expectation or belief is expressed in good faith and believed to have a reasonable basis. However, such statements are subject to risks, uncertainties and other factors, which could cause actual results to differ materially from future results expressed, projected or implied by the forward-looking statements. Forward-looking statements often address our expected future business and financial performance and financial condition and often contain words such as “anticipate,” “intend,” “plan,” “will,” “could,” “would,” “estimate,” “should,” “expect,” “believe,” “project,” “target,” “indicative,” “preliminary,” “potential” and similar expressions. Forward-looking statements in this news release may include, without limitation: (i) Hecla could be the largest silver producer in the U.S. and Canada; (ii) the Keno Hill mine will resume production in the future; (iii) Hecla may produce 17-20 million ounces per year in the next few years; (iv) Keno Hill’s mine life may be extended; (v) Hecla does not anticipate a large capital program to bring Keno Hill into production and (vi) Hecla expects to invest in development, infrastructure, and equipment at Keno Hill to obtain adequate mining faces and good working conditions to make Keno Hill a consistent producer by the end of 2023. The material factors or assumptions used to develop such forward-looking statements or forward-looking information include that Hecla’s plans for development and production will proceed as expected and will not require revision as a result of risks or uncertainties, whether known, unknown or unanticipated, to which Hecla’s operations are subject.

Estimates or expectations of future events or results are based upon certain assumptions, which may prove to be incorrect, which could cause actual results to differ from forward-looking statements. Such assumptions, include, but are not limited to: (i) there being no significant change to current geotechnical, metallurgical, hydrological and other physical conditions; (ii) permitting, development, operations and expansion of Hecla’s projects being consistent with current expectations and mine plans; (iii) political/regulatory developments in any jurisdiction in which Hecla operates being consistent with its current expectations; (iv) the exchange rate for the USD/CAD being approximately consistent with current levels; (v) certain price assumptions for gold, silver, lead and zinc; (vi) prices for key supplies being approximately consistent with current levels; (vii) the accuracy of our current mineral reserve and mineral resource estimates; (viii) Hecla’s plans for development and production will proceed as expected and will not require revision as a result of risks or uncertainties, whether known, unknown or unanticipated; (ix) counterparties performing their obligations under hedging instruments and put option contracts; (x) sufficient workforce is available and trained to perform assigned tasks; (xi) weather patterns and rain/snowfall within normal seasonal ranges so as not to impact operations; (xii) relations with interested parties, including Native Americans, remain productive; (xiii) economic terms can be reached with third-party mill operators who have capacity to process our ore; (xiv) maintaining availability of water rights; (xv) factors do not arise that reduce available cash balances; and (xvi) there being no material increases in our current requirements to post or maintain reclamation and performance bonds or collateral related thereto.

In addition, material risks that could cause actual results to differ from forward-looking statements include, but are not limited to: (i) gold, silver and other metals price volatility; (ii) operating risks; (iii) currency fluctuations; (iv) increased production costs and variances in ore grade or recovery rates from those assumed in mining plans; (v) community relations; (vi) conflict resolution and outcome of projects or oppositions; (vii) litigation, political, regulatory, labor and environmental risks; (viii) exploration risks and results, including that mineral resources are not mineral reserves, they do not have demonstrated economic viability and there is no certainty that they can be upgraded to mineral reserves through continued exploration; (ix) the failure of counterparties to perform their obligations under hedging instruments; (x) we take a material impairment charge on our Nevada operations; (xi) we are unable to remain in compliance with all terms of the credit agreement in order to maintain continued access to the revolver, and (xii) we are unable to refinance the maturing senior notes. For a more detailed discussion of such risks and other factors, see Hecla’s 2021 Form 10-K, filed on February 23, 2022, with the Securities and Exchange Commission (SEC), as well as Hecla’s other SEC filings, including its Quarterly Report on Form 10-Q filed with the SEC on August 5, 2022. Hecla does not undertake any obligation to release publicly revisions to any “forward-looking statement,” including, without limitation, outlook, to reflect events or circumstances after the date of this news release or to reflect the occurrence of unanticipated events, except as may be required under applicable securities laws. Investors should not assume that any lack of update to a previously issued “forward-looking statement” constitutes a reaffirmation of that statement. Continued reliance on “forward-looking statements” is at investors’ own risk. 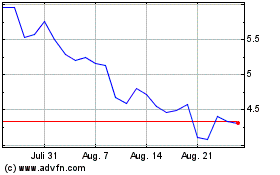 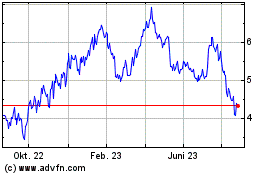 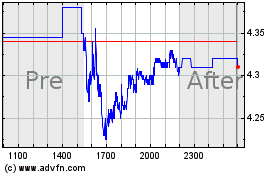