HCA Healthcare, Inc. (NYSE:HCA), one of the nation’s leading healthcare providers, today announced that is has again been recognized by Military Times as one of the country’s best employers based on the company’s efforts to recruit, retain and support current and former service members, military spouses and military caregivers. Since 2012, HCA Healthcare has hired more than 40,000 veterans, active-duty personnel and military spouses.

The Military Times’ 2022 Best for Vets: Employers ranking is an editorially independent, highly respected analysis of the policies and practices that make companies an attractive place to work for both current employees and future job seekers within the military community. Rankings are based on the results of a voluntary survey which seeks to capture the areas of greatest importance to transitioning service members, veterans and their families when choosing an employer. Recruitment and employment practices, as well as retention and support programs, are given the most weight in scoring.

“We are immensely grateful for the selfless individuals who have served our country and have chosen to work at HCA Healthcare,” said Sherri Neal, chief diversity officer of HCA Healthcare. “It is an honor to be recognized by Military Times again, as we strive to support and honor our nation’s veterans and military spouses.”

The designation recognizes the work HCA Healthcare is doing to support and employ veterans, including:

HCA Healthcare has a longstanding commitment to U.S. veteran and military communities. This year, the company is giving $50,000 to REBOOT Recovery, a national peer-led trauma healing program for veterans, their families and first responders, to assist in rewriting their military curriculum. HCA Healthcare is also giving $25,000 to Fisher House Foundation to build a second house in San Antonio, Texas for military families to stay free of charge while a loved one is in the hospital or VA Medical Center and $25,000 to the Gary Sinise Foundation, which has completed over 80 specially adapted smart homes for severely wounded veterans and first responders. In the past five years, the company has given approximately $900,000 to national and local veteran support organizations.

In addition, HCA Healthcare has been nationally recognized as a military-friendly employer and military-spouse friendly employer for 12 consecutive years by VIQTORY and, in 2021 received the Secretary of Defense Employer Support Freedom Award. In 2015, HCA Healthcare received the U.S. Chamber of Commerce Hiring our Heroes – Lee Anderson Award for overall excellence in hiring and retaining veterans, transitioning service members and military spouses.

Nashville-based HCA Healthcare is one of the nation’s leading providers of healthcare services comprising 182 hospitals and approximately 2,300 ambulatory sites of care, including surgery centers, freestanding ERs, urgent care centers, and physician clinics, in 20 states and the United Kingdom. With its founding in 1968, HCA Healthcare created a new model for hospital care in the United States, using combined resources to strengthen hospitals, deliver patient-focused care and improve the practice of medicine. HCA Healthcare has conducted a number of clinical studies, including one that demonstrated that full-term delivery is healthier than early elective delivery of babies and another that identified a clinical protocol that can reduce bloodstream infections in ICU patients by 44%. HCA Healthcare is a learning health system that uses its more than 35 million annual patient encounters to advance science, improve patient care and save lives. Please click here to connect with HCA Healthcare on social media.

All references to “Company,” “HCA” and “HCA Healthcare” as used throughout this document refer to HCA Healthcare, Inc. and its affiliates. 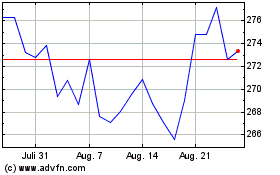 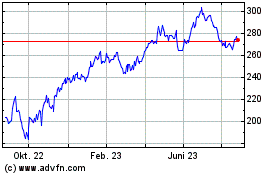 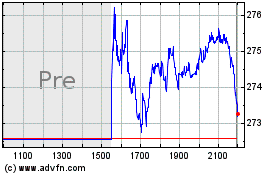