☐ Pre-commencement communications pursuant to Rule 13e-4(c) under the Exchange Act (17 CFR 240.13e-4(c))
Securities registered pursuant to Section 12(b) of the Act:
Indicate by check mark whether the registrant is an emerging growth company as defined in Rule 405 of the Securities Act of 1933 (§230.405 of this chapter) or Rule 12b-2 of the Securities Exchange Act of 1934 (§240.12b-2 of this chapter).
Emerging growth company ☐
If an emerging growth company, indicate by check mark if the registrant has elected not to use the extended transition period for complying with any new or revised financial accounting standards provided pursuant to Section 13(a) of the Exchange Act.     ☐
Item 5.02 Departure of Directors or Certain Officers; Election of Directors; Appointment of Certain Officers; Compensatory Arrangements of Certain Officers.
On June 9, 2022, the Board of Directors (the “Board”) of Delek US Holdings, Inc. (the “Company”) increased the size of the Board from eight to nine directors and appointed Avigal Soreq, the Company’s President and Chief Executive Officer, to fill the resulting vacancy as a director of the Company.
Mr. Soreq, age 44, rejoined the Company as President and Chief Executive Officer on June 9, 2022, after serving as the Chief Executive Officer of El Al Israel Airlines, the national airline of Israel, since January 2021. Prior to that, Mr. Soreq was a member of the Company’s executive management team, including as the Chief Operating Officer from March 2020 until January 2021, its Chief Commercial Officer from November 2016 until March 2020, an Executive Vice President from August 2015 until January 2021, and a Vice President from 2012 until 2015. In addition, Mr. Soreq served as an Executive Vice President of Delek Logistics GP, LLC from 2015 until 2021, and as its Vice President from 2012 until 2015. Prior to joining the Company, Mr. Soreq worked for SunPower Corporation (NASDAQ: SPWR), and previously as a senior finance and business consultant for Trabelsy & Co., and as a consultant in the corporate finance department for KPMG’s Tel-Aviv office. His past experience includes service in the Israeli Air Force in various roles between 1996 and 2004, where he reached the rank of Major. Mr. Soreq is a certified public accountant in Israel.
Mr. Soreq will receive no compensation for his service on the Board other than his previously disclosed compensation as President and Chief Executive Officer of the Company.
SIGNATURES
Pursuant to the requirements of the Securities Exchange Act of 1934, the registrant has duly caused this report to be signed on its behalf by the undersigned hereunto duly authorized.
Delek US (NYSE:DK)
Historical Stock Chart
Von Jul 2022 bis Aug 2022 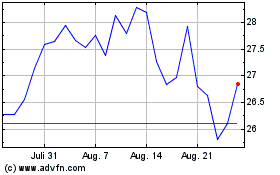 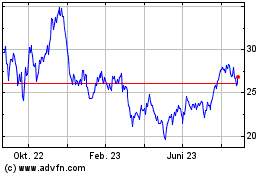 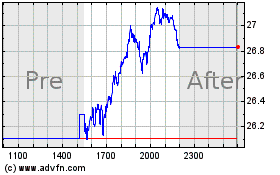