The Toronto Ultra, OverActive Media’s (TSXV:OAM) professional Call of Duty esports team and Canada's only Call of Duty League™ franchise, celebrates an incredible season, securing a second-place finish at the Call of Duty League Championship Weekend which took place August 19-22, 2021 in Los Angeles, CA. Following a slow start to the season at Major I, Toronto Ultra bounced back to win Major II and finish top three at Majors III, IV and V.

The route to the Final saw Toronto Ultra eliminate OpTic Chicago, Minnesota RØKKR, and Dallas Empire followed by a final match against Atlanta FaZe, which resulted in a 5-3 win for last year's runner-up. In addition to team performance, the League gave individual recognition to Jamie "Insight" Craven, who made the Scuf Team of the Year and was nominated for Rookie of the Year, and Cameron "Cammy" McKilligan who was nominated for MVP.

"I couldn't be prouder of how much the team evolved this year and the effort we put in until the very end of the final map," said Cameron "Cammy" McKilligan. "We had an amazing run in season two and had fun while doing it. We're ready to do it all again next year."

As OverActive Media continues to focus on becoming a global sports, media and entertainment company, its approach to developing strong teams is very intentional. It unveiled a new 15,000 square foot esports headquarters and training facility in Toronto earlier this year to provide a multipurpose high-performance space for training, physical and mental fitness, and online match play on stage in a competition simulated environment.

“The team’s performance this season is nothing short of incredible. In year two, they have not only shown immense growth, consistency, composure, and resiliency, but they have proven Toronto Ultra is one of the best there is," said Adam Adamou, Chief Strategy Officer at OverActive Media. "Our approach to building teams, coaching and operations is further validated through the season's success and we're ready to start planning for next year."

"Thanks to the unwavering support of our fans and partners - Toronto Ultra is proud to be Canada's team," added Adamou.

Call of Duty is the single largest console game in the world with more than 400 million premium games sold since it launched in October 2003 (www.callofduty.com). The Call of Duty League was ranked as the #1 most tweeted about esports league in Canada by Twitter, and Call of Duty was the 2nd most tweeted about game by Canadians in 2020 (Twitter). The Call of Duty League, in only its second season, has set multiple peak viewership records for Call of Duty esports throughout its 2021 regular season, is seeing double-digit growth year-over-year in AMA for 2021 compared to the 2020 season and overall hours watched has nearly doubled year-over-year compared to the 2020 season (Activision Blizzard, YouTube).

OverActive Media (TSXV:OAM) is headquartered in Toronto, Ontario, with operations in Madrid, Spain and Berlin, Germany. OverActive’s mandate is to build an integrated global company delivering sports, media and entertainment products for today’s generation of fans with a focus on esports, videogames, content creation and distribution, culture, and live and online events. OverActive owns team franchises in (i) the Overwatch League, operating as the Toronto Defiant, (ii) the Call of Duty League, operating as the Toronto Ultra, (iii) the League of Legends European Championship (“LEC”), operating as the MAD Lions, (iv) the Superliga, operating as the MAD Lions Madrid, and (v) Flashpoint, operating as MAD Lions Counter Strike:Global Offensive (a franchised league operated by B Site Inc., a company in which OverActive holds a minority interest), as well as other non-affiliated CS:GO tournaments and leagues. OverActive also operates both live and online events, operating as OAM Live and maintains an active social media presence with its fans and community members, operates fan clubs, and other fan related activities that increase the reach of its brands.

Neither the TSXV nor its Regulation Services Provider (as that term is defined in the policies of the TSXV) accepts responsibility for the adequacy or accuracy of this release. 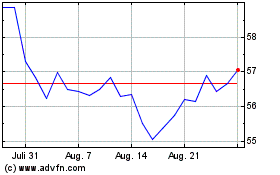 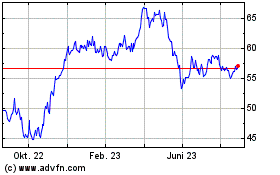 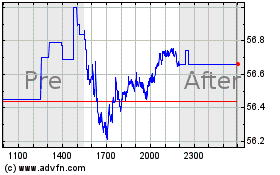